We finally gave up on ‘Any Human Heart’ last night. This series was given big star ratings and really hyped beforehand and each time a new episode is shown we’re told it is a ‘powerful drama’. It has some excellent actors, great camera work and the sets are good too. However, it’s something we kept watching in the hope it was going to get interesting, and the problem is, at this point, in the third episode, it really should have been getting there. It isn’t; it’s boring. 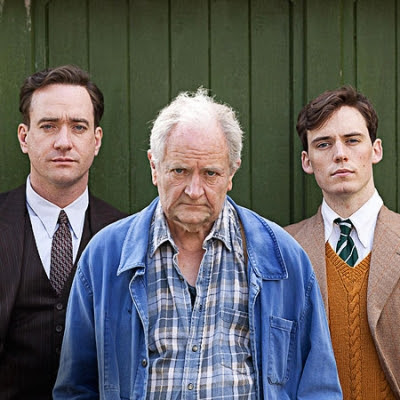 This is the life story of a self-indulgent loser who is only interesting because of his setting and the people he met. He’s actually the kind of person you’d like to give a slab and tell to get his thumb out of his arse. The role , in fact, rather stretched Matthew Macfadyen’s full ‘drippy’ repertoire. This was supposedly a gripping big-budget adaptation that had all the grip of a pair of rubber tweezers.

So we turned over and watched ‘The nation’s favourite Abba Song’, which was an order of magnitude more enjoyable and interesting. I wanted to see ‘Fernando’ near the top though I did not expect it to win. Unfortunately it came in at number seven. Caroline then waited in the hope that ‘Dancing Queen’ would be the winner because when it was a hit she was precisely as the chorus describes. Her bottom lip was sticking out when it came in at number two, beaten by ‘Winner Takes it All’.