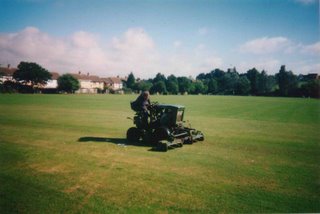 Before getting into this writing game full time, I was one of those guys you see driving around in a truck with the back stacked up with hedge cuttings or the best part of a tree, or I was the guy chugging around on a big mower on your local playing field. I did this for about fifteen years: worked hard during the summer then when things cooled down in the winter I did a bit of writing. During the winter I used to put on about a stone in weight, then come the spring and early summer I would dump that weight in about two to three months. Of course, that ain’t happening now.

It’s something people don’t realised about manual workers who move into a sedentary occupation. You’re fit, you have acquired the eating habits to support that level of activity, and you’re used to being out in the sun, sweating. One problem is that the reduction in exercise, and 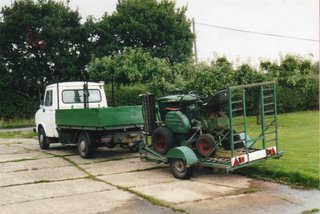 sunshine, can make you more prone to depression. Another is the weight. I found that the stone I put on in the winter wasn’t easily going away and over the last five years my weight has been edging up. Exercise goes some way to alleviate this, but no amount of exercise can match five days of manual labour each week. I once worked out that on my ‘walk-behind’ day – when I went out with a couple of walk-behind mowers and cut private lawns – I was walking over twenty-five miles, fast, often carrying a heavy-duty strimmer or big mower bags of grass cuttings.

For the last few years I’ve been fighting the flab with low carb diets and, per week, nine miles of dog walking, 24 to 40 miles cycling and a few sessions of weight training. It ain’t enough, so now I’ve come up with a new diet plan. It’s not healthy, but I’ve been growing tired of being a fit fat bastard with and ever-increasing waistline. It goes like this: you work on the theory that if you keep shoving food into your gob and not burning it off you are going to get fat, so stop it. I stopped eating for two days and thereafter confined myself to one small meal a day. Feel hungry? Well, my stomach has shrunk so that’s not so much of a problem, when it does become a problem I smoke a cigarette. Feel tired and 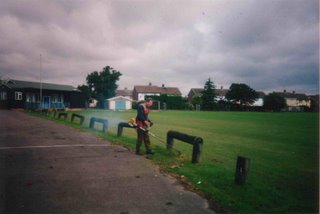 Eleven pounds in twenty-two days – half a pound a day. You’d think I would feel knackered, but I don’t. I actually feel a lot better and am doing more. Think of the weight in 2lb bags of sugar. Five and a half of them would certainly strain the handles of a supermarket carrier bag, and I’m no longer carrying that. I might write a diet book…