Skip to content
Having dived back into reading (I’ve read more books this year than in the previous 5) I reckon it’s been a month since I turned on my television. Scanning through what was available on Netflix I felt no urge to get back involved with any of the interminably extended franchises so looked at the films. 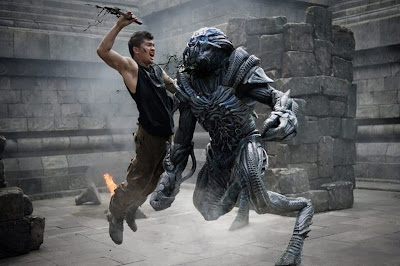 First up was Beyond Skyline – an enjoyable, derivative and all-over-the-place sfnal romp. It is science fiction you can enjoy just so long as you’re prepared to NOT take it seriously. It has aliens in there that are like Predator, a bit of, ‘Oh my God it sucked out his brain!’, plenty of Kung Fu Fighting and is full of enough holes to drop a space ship through. I would style its attitude as close to Guardians of the Galaxy, but with more people ending up dead. 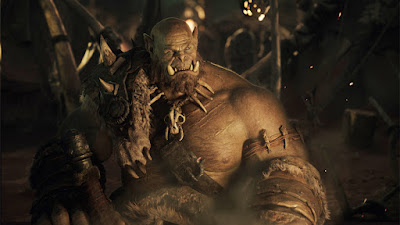 Next up, because I did not feel at all tired, did not want to read now and was in sofa sloth mode, was Warcraft. It had caught my attention before whereupon my response was, hmm, that’s going to be some crap fantasy based on a game. I decided I would lose nothing by taking a look at it and, damn, straight in with some of the best fantasy CGI I’ve seen. The orcs were brilliant and, it could be argued, had almost more character than the human actors. But I’m not disparaging the human actors – they were damned good too. It grabbed me and I realised that here was a great story, with characters I cared about, battles and fight scenes that were excellent, interactions that worked. I enjoyed it immensely.
I understand that this film has been panned and I totally disagree. Recommended.