Here’s what I wrote the day after seeing this film:

“Okay, I watched Blade Runner 2049 last night. Well, you know when you go to a nightclub, and it’s a bit crap, so they crank the volume up to try and make it exciting. That. The original Blade Runner was understated – the sounds meant something – here they were akin to the bangs and crashes in a cheap horror movie to make you jump out of your seat. Scenes dragged on for too long to try and impart atmosphere and meaning that wasn’t there. I didn’t care about anyone. Loose threads dangled. It was boring and it dragged. About an hour and a half in I felt I’d fallen into an episode of the Twilight Zone where I would be forced to watch a naff movie forever.” 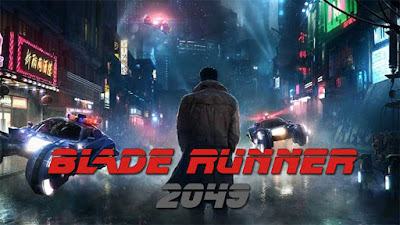 It is interesting to read reviews from others who feel that this is the best thing they have ever seen, or it is a great effort, or it is a suitable sequel. This is a salutary reminder that people’s experience of art is mostly subjective. I then begin to wonder if my experience would have been different if the sound hadn’t been so high that the crash bangs and music hurt my ears, but no, then I wouldn’t have been able to hear what they were saying. Perhaps I wasn’t in the right frame of mind? No – good films always grab me and in fact I use them to escape any bad state of mind. Perhaps I just didn’t ‘get’ it? No. The last time I didn’t ‘get’ an sfnal entertainment was when I was learning to walk.

In retrospect: The sound needed to be lower and unnecessary loud shit needed to go. Scenes needed to be much shorter because, hey, I get it now so move on. The attempts at arty mystery, seemingly tossed in at random, were a distraction. I mean, what were those bees about and who cares? What was the point of the ‘unresolved’ bad guy with the blank eyes? The next film? Why did I care nothing for any of the characters except, just a little bit, for Deckard?

No, my opinion still hasn’t changed.