Right, the book marks competition is on. I want someone to design me book marks, using Jon Sullivan cover pictures and ensuring my blog address appears on them. The top three best designs get signed copies of any of my books they don’t have (though not a specific version of said book and excluding the ones they’ve won if first or second). The top two get the spatterjay series, whilst the winner also gets the Cormac series (both of these with the new covers).

Incidentally, I’ll be printing up and using the winners versions to hand over to book shops or people who might turn up at any signing I might do, so if you have a problem with that, don’t send anything.

You can email your efforts to me at ndotasheratvirgindotnet put a link in comments here or go find me on FaceBook, which isn’t difficult. And just to show you what you’re up against, here’s some first from Andy Plumbly and second from Brent Wise. 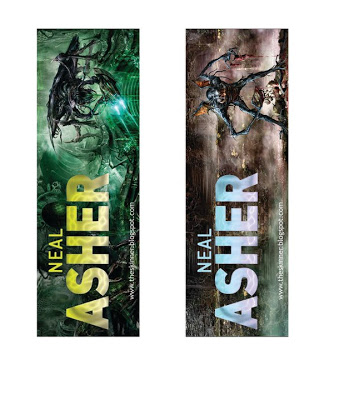 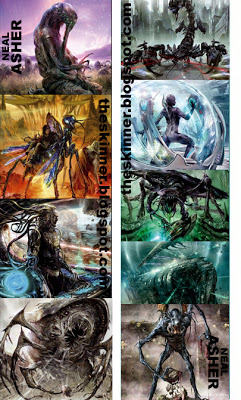