Righto, I’ve finally come to a decision on this. As I noted before, the winner was an easy choice, but second and third weren’t so easy. It’s also the case that I feel a bit miserable having to make the decision. This was why I mooted the idea of winners and runners-up being picked by poll – pure cowardice. My commiserations to those who put in a lot of work (probably, in some cases, making a dent in the profits of the companies they work for in the process) and thanks.

Here then are first, second and third: 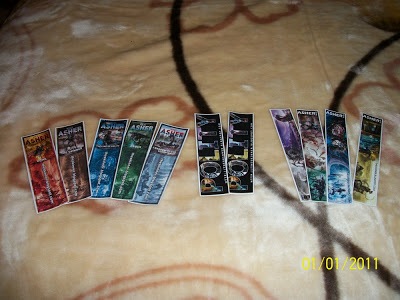 Third prize goes to Mark Chitty basically because I like the look of these, the way the pictures were blended together in tune with the order of the books (two there for the Cormac series, one for the Spatterjay series and the one that blends The Technician with The Gabble, which works) and, to me, they just look right. The best of them I feel is the one with the Brass Man scene on it, because the blog address is clear. 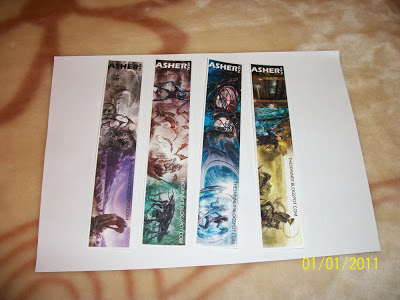 Second prize goes to Rob Hartwell. It’s probably the most contentious because my name isn’t there, but it’s quirky and I like it, so there. It also works in the respect that POLITY is going to grab attention, maybe cause someone to investigate further. 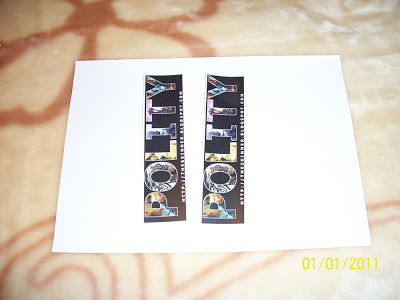 First prize goes to K J Mulder. The bookmarks look great, my name is clear, my blog spot is clear – in fact ‘clarity’ is the best word to describe these – and he is the only one who thought to make each of his bookmarks book-specific, which is something that never occurred to me. After printing these were the ones that really stood out, simples. 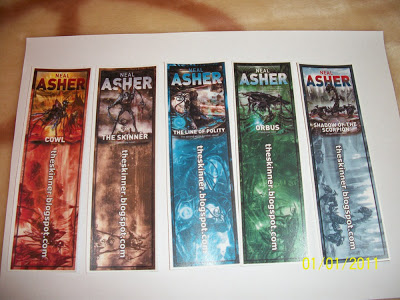 Thanks again to everyone who took part in this!