Here’s a reposting of my reply (slightly edited) to one Neil who asked in the comments on a previous post why so many books are sent to the author:

It’s in the contract, Neil: 10 hardbacks on first release and 20 paperbacks a year later when the mass-market paperback comes out. In my case the hardbacks go to family and friends but the paperbacks linger. I then get up to 10 of the foreign editions when I only really need 1. Tor US send me the 10 & 20 of my British contract on top.

If you’re a writer who writes one book every two or three years, then that’s probably okay. Since through Macmillan I’ve done about 15 books in 11 years (I think) I’ve built up a bit of a backlog.

Here are some pictures of that backlog, and why I fear the ceiling might collapse at some point. 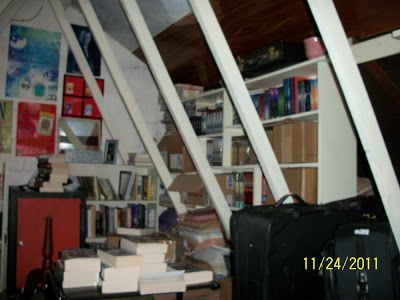 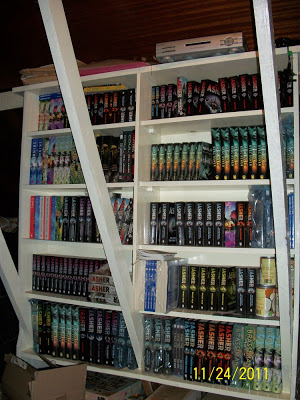 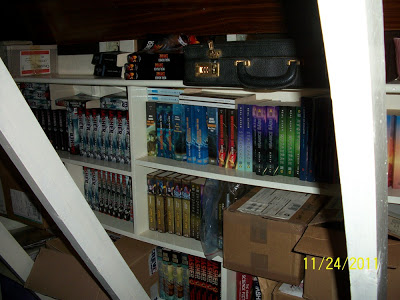 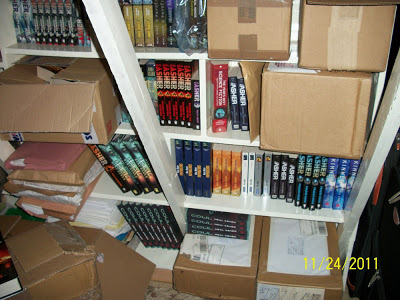 So, it’s time I cleared a few of these out. If anyone wants to buy a signed copy of any of my books, well, my email is over on the right here at the bottom of my profile. I’m selling them at cover price (if $ then converted to £) plus postage and packing. Just detail what you want and I’ll check to see if I’ve got it – my aim in the end is to retain just two copies each of my English language books and one each of the foreign language ones.

Also, I’ve had requests for signed photos, so I can only assume someone wants something to scare their children with. I’ll be printing and laminating some of these shortly should anyone want to do likewise.

UPDATE
I’ve just checked on stuff in the loft and this is what remains available: