Skip to content
I haven’t written much in here about what I’ve been reading so I’ll catch up a bit, just sticking to everything after January. Okay, after Christmas I finished off Hannibal Rising by Thomas Harris. I wasn’t sure whether I’d read this book when it was handed to me but the moment I dipped into it I knew I hadn’t – I was just remembering the film. It was a good easy read and worth a look for fans of the good Dr Lector. I did however have one or two doubts about it because it is a justification of him, and explanation of him, which I don’t think I either wanted or needed because the mystery that was Hannibal Lector in The Silence of the Lambs was a large part of his appeal. 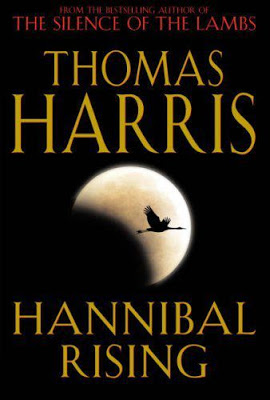 City of Fire by Robert Ellis was one I picked up from Macmillan a few years ago and has been sitting on the shelf ever since. This is set in Los Angeles with bush fires burning and the Santa Anna wind blowing – hence the title – has a nasty serial killer creeping about, a bit of a family mystery and a spicing of police corruption. I like a good murder and police procedural and this was intelligently told and ticked every box for me. Recommended. 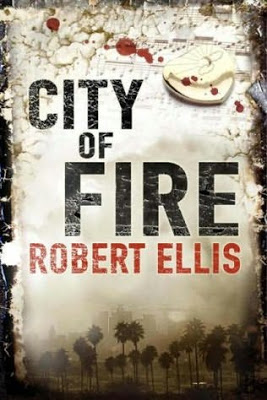 The year before last in Crete we were loaned some historical novels by Simon Scarrow concerning Wellington and Napoleon. Though I enjoyed these books I did find the battles getting a bit repetitive, but then, that was probably the reality then: ‘Okay guys, I want you to stand in neat lines while the enemy tears you apart with cannon, then walk slowly towards them.’ I then found out Scarrow had written a series about the Romans and thought I’d give those books a try. Briefly looking in a second-hand bookshop in Chester I found the entire series and thought what the hell and bought the lot. These I left stacked up on my bedside table during out return to Crete but have started on now we’re back. 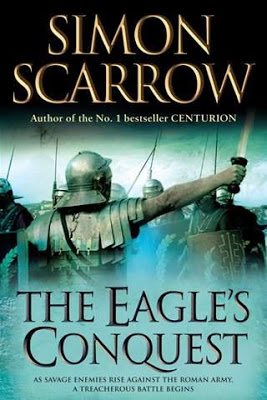 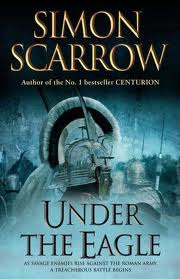 The first, Under the Eagle, I read in November. This was easy enjoyable reading focusing on minor characters in the Roman army, with plenty of intrigue, enough variety in the battles fought and plenty of interesting historical detail. I’ve now just finished The Eagle’s Conquest, which I again enjoyed and recommend, though I suspect that these books are of the kind that need to be read spaced out with other books otherwise they might begin to pall.