Skip to content
So, we popped down to Brighton (I’ll scatter a few pictures here) by train to visit Peter Lavery. He was the editorial director of Pan Macmillan (and Tor) and is now retired, that is, he doesn’t have to go to London any more but still spends a lot of time freelance editing books. He bought flat in Brighton because he likes to be by the sea, with easy access to plenty of facilities, but also wanted a place with fewer stairs. He’s worried about his mobility in later life, but still manages to leave us Essex flatlanders utterly knackered when we all go for a stroll. 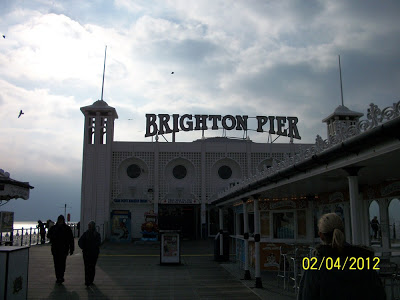 Arriving just a quarter of an hour after us from Hastings was the legendary Tanith Lee and her husband John Kaiine, and we enjoyed plenty of red wine, fish-and-chips and conversation with them. Tanith Lee has been a bit of a heroine of mine since I started reading her books at about the age of 14. The first ones were Stormlord and Birthgrave, a particular favourite was Volhavaar and frankly, I’ve never read a book of hers I haven’t enjoyed. She’s written somewhere in the region of 90 books but for reasons that baffle me doesn’t get published so much now. However there is hope on the horizon concerning her backlist, which may be appearing as ebooks in the near future. If or when that happens I’ll let you know. 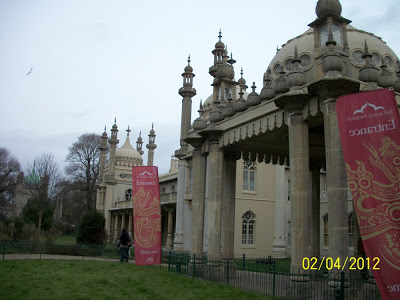 The following day I woke up with a mouth as dry as a camel’s fundament and a head feeling like someone had taken a baseball bat to it. This was my birthday, when we took a ride on the Brighton ‘eye’, had more fish-and-chips and red wine and when I got my present from Caroline: a Kindle. So I have now joined the 21st century. 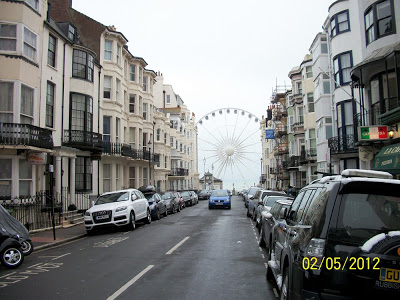 The next day, after obligatory strolls, we then met up with Elizabeth and Deirdre Counihan. These sisters were the publishers of a magazine called Scheherazade – one of the many knocking about in the small presses twenty odd years ago and in which my story The Halfman’s Cellar appeared. We had pasta with the red wine and conversation this time. 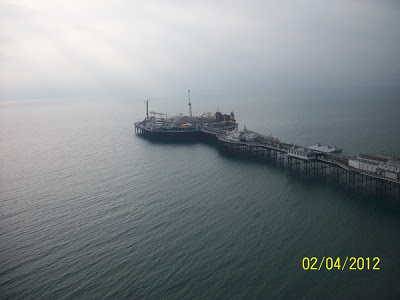 In all it was an enjoyable experience, though bloody cold and I didn’t enjoy the booze as much as I expected. Throughout it all we caught up on a lot of publishing world gossip. It was both sad and illuminating for me to realize just how many writers, who were taken on by Macmillan at around the same time as me (I’m talking about over a couple of years), have fallen by the wayside. Counting up this morning I see that less than half of them are still around regularly producing books and getting published. 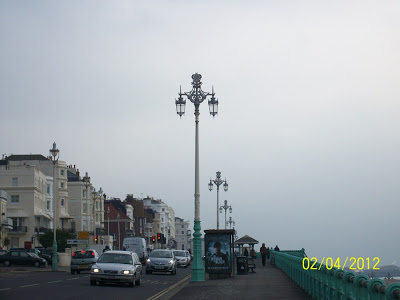 Writers who were heavily hyped and vaunted as the next big thing appeared with a big flash-bang and disappeared with a whimper. The reasons behind this are manifold. Some did some really silly things, like getting greedy agents who claimed to be able to turn them into major league sellers and just failed to sell their books. Others just could not keep up the production, or match the quality of their first book. Some became rather too in love with the idea of what they thought they were, and forgot that this is a job that you really need to keep working at. They believed their own hype and thought everything they typed was gold, and it wasn’t. Others just decided they hated the whole writing world and dropped out of it. 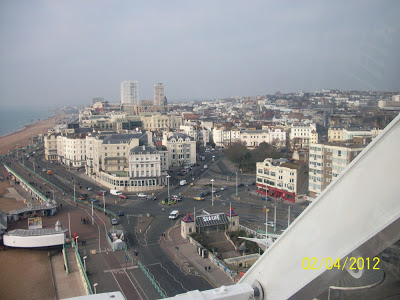 During those lengthy conversations I also got confirmation of some things I already suspected. Publishing is no different from any other human endeavour: favourites can be chosen and cliques formed, bitchiness can abound (especially among the writers). Writing for critics might get you some nice publicity and you’ll find yourself feted amongst the SFF literati and wannabe academics, and you might even snatch a few awards. But writing for your readers and keeping an eye on ringing tills is what will ensure your survival. Having an editor who isn’t afraid to tell you you’re waffling is an essential. Never believe the hype – believe your fans and believe sales.
An enjoyable and interesting weekend in all, but now it’s time to get back to work.