I can’t remember the precise date, maybe 2007 – more than ten years ago now – when I first spent a winter on Crete. The house was cold and damp then and it took Caroline and I a while to get a stove installed. Memories of that time arise. The roof was in three parts with the edges terminating over two-foot thick walls but not overlapping. Some attempt had been made to fill the gaps but, with expansion and contraction it hadn’t worked. We had water pouring in when it rained and running along the beams and the sound of water dripping in buckets all night. On New Year’s Eve we drove down to Makrigialos in a monsoon that didn’t let up for ten hours. After that celebration the drive back was very slow, rubble all across the roads along with the occasional car-killer boulder. In the house we found the bedroom flooded with a little waterfall pouring over the step into the kitchen. Cosy times. Drunken slumber killed the cold but did not impart sufficient unconsciousness for me not to hear the thud of a scorpion dropping on my pillow. They like the damp, see. 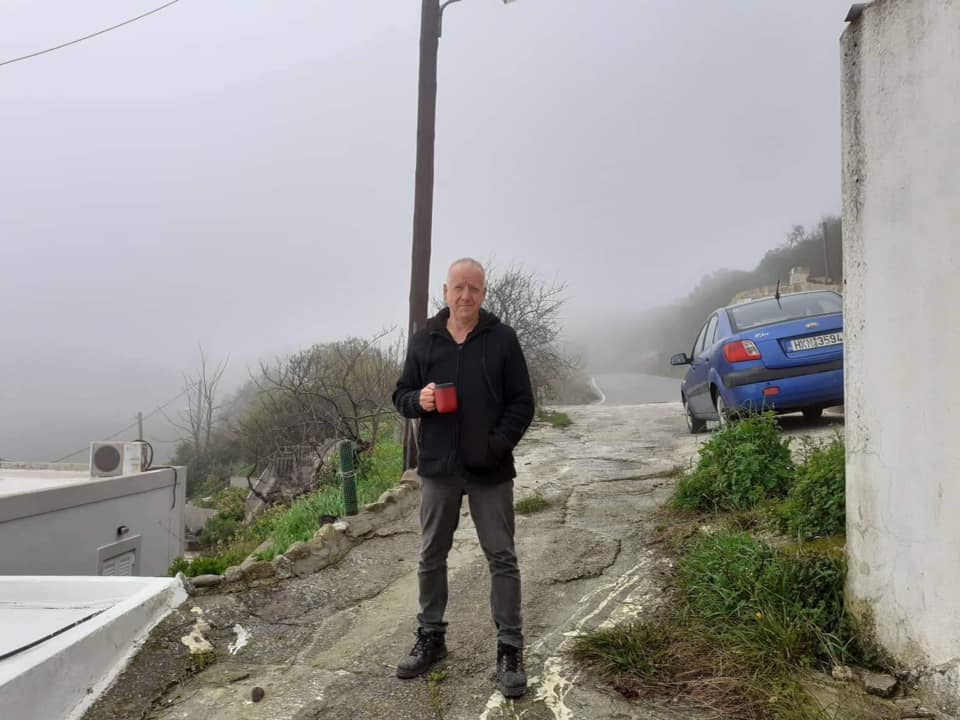 By and by the faults in the house have been corrected. It seemed it was going to be that kind of year what with my laptop going wrong and then the cooker. 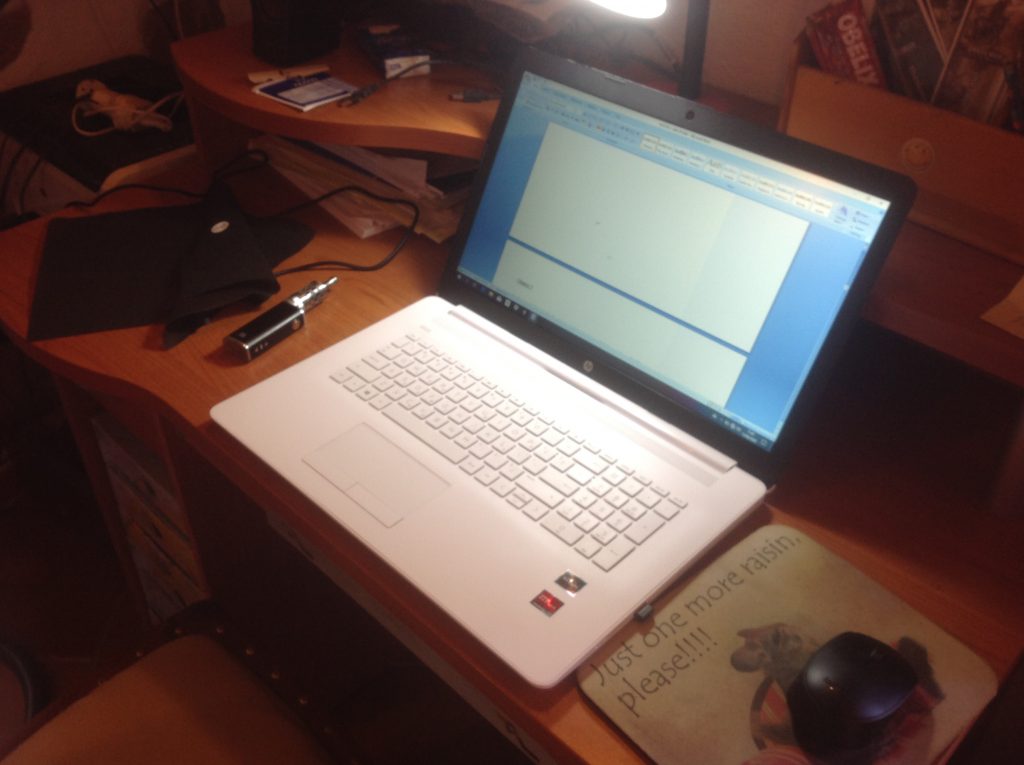 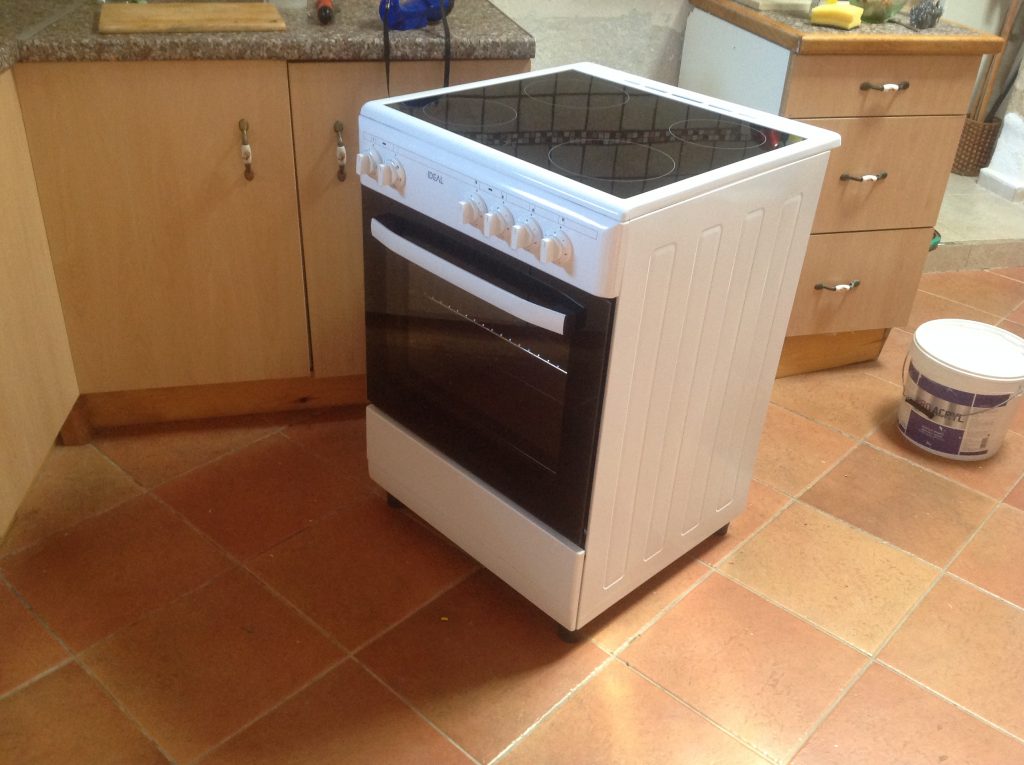 I had a couple of niggling leaks this year I’ve dealt with. Way back when we thought the solution to the roof problem was tiles. It wasn’t and, laid in places on uneven surfaces with blobs of tile cement, they have gaps underneath. The water got into them and then down the sides of roof windows I had installed. But now I’ve corrected that (just one of those I dealt with here). 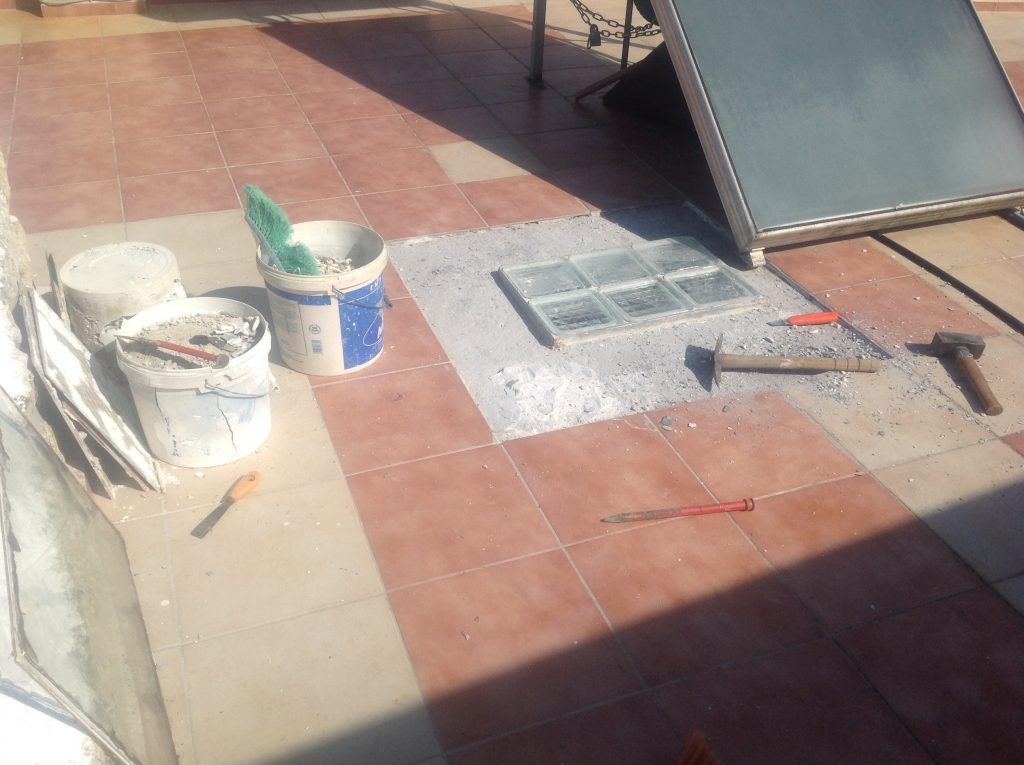 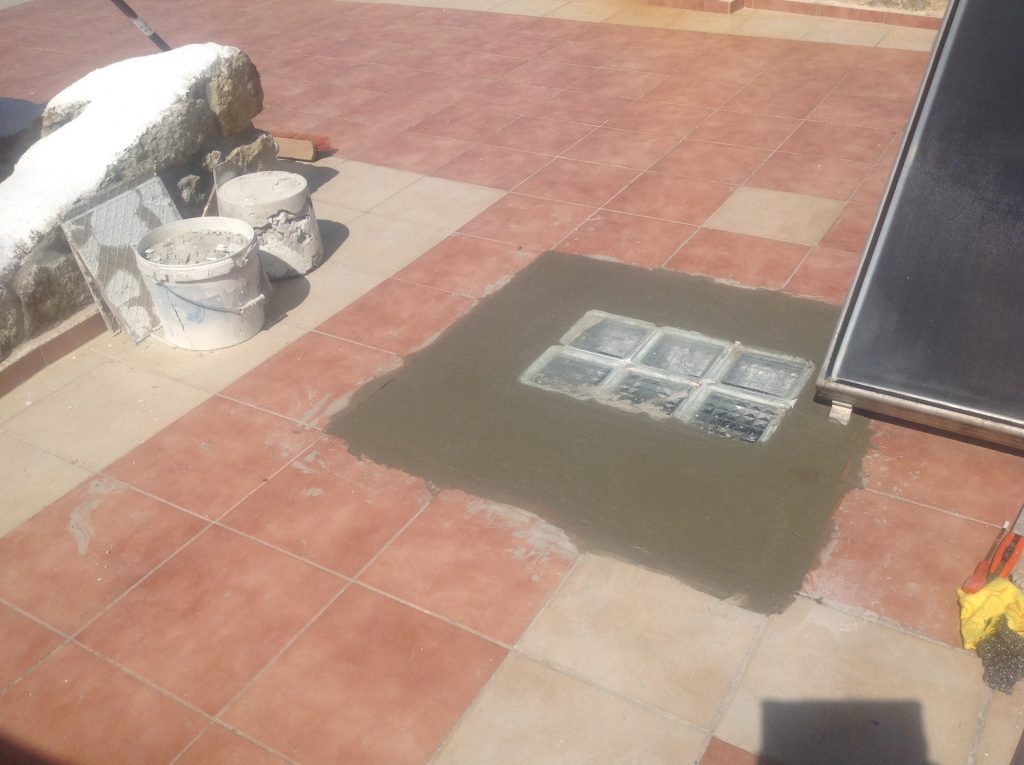 The stove pumps out heat burning olive wood (100+ Euros for a pickup truck full) and other wood I’ve collected. 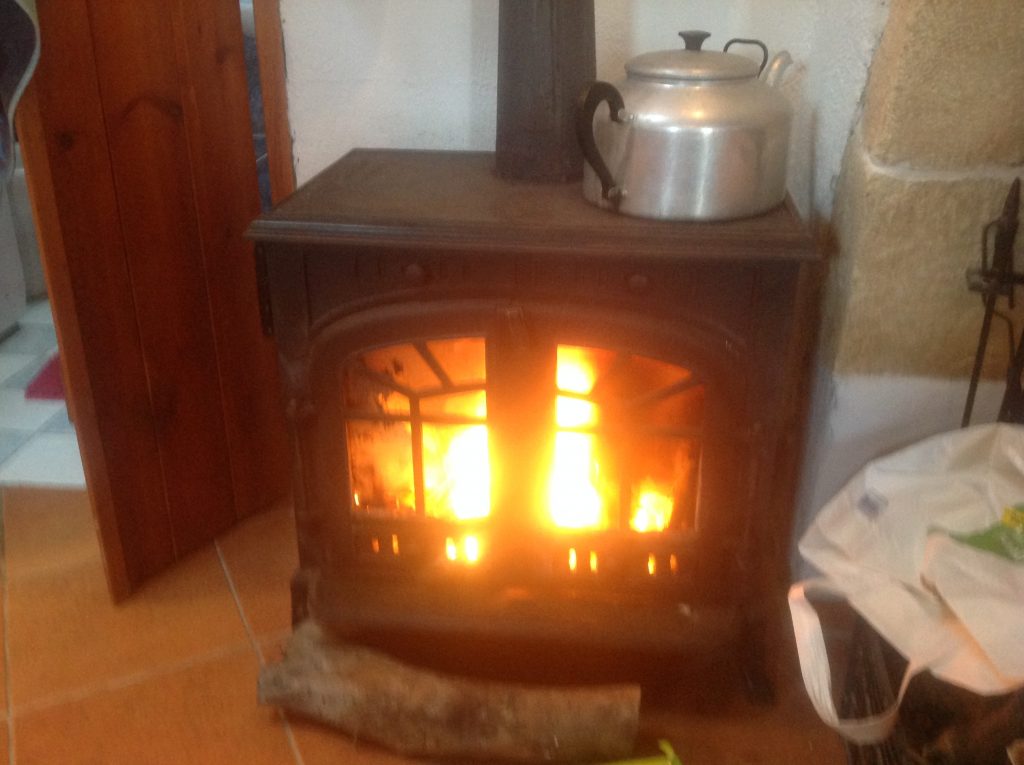 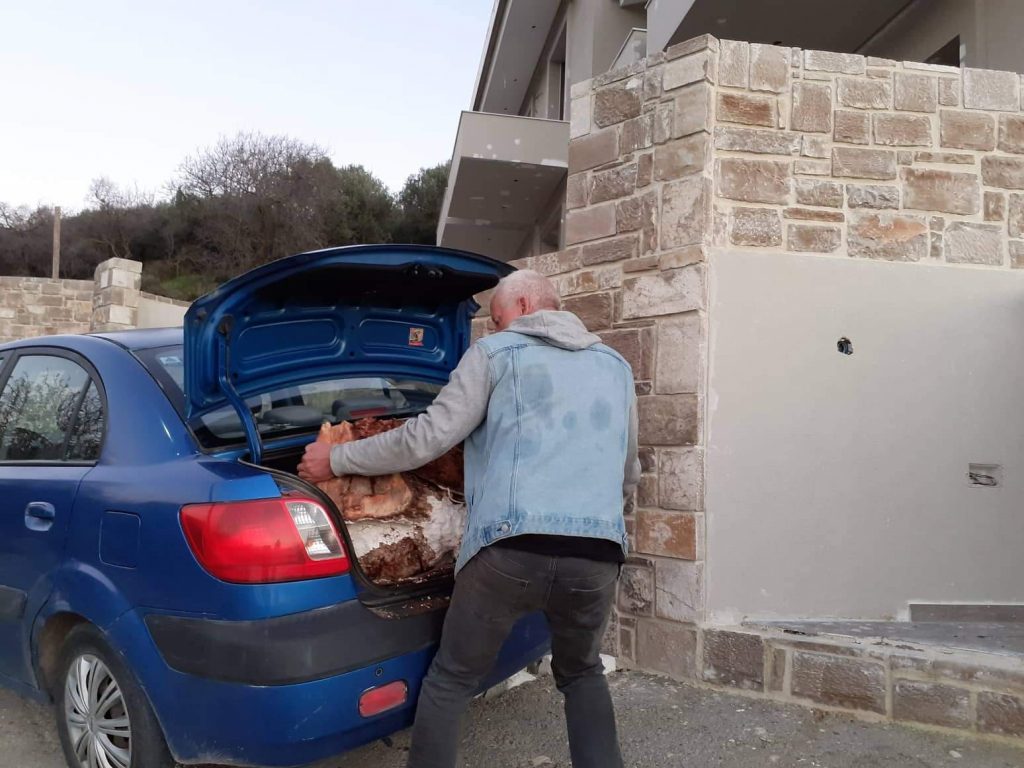 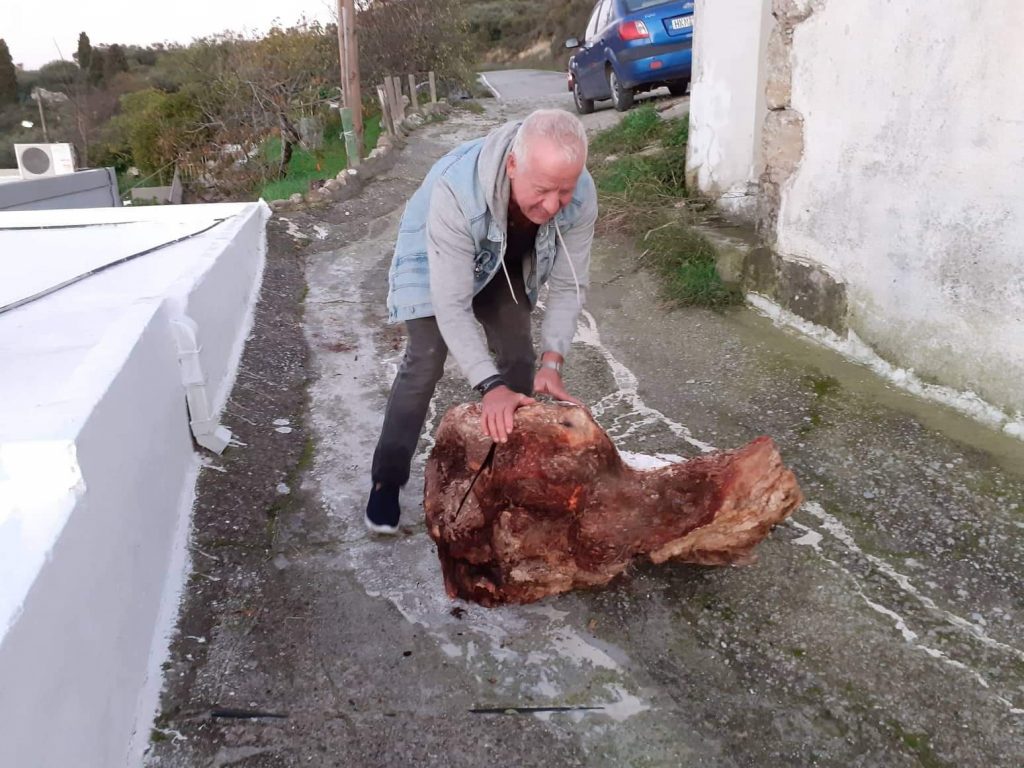 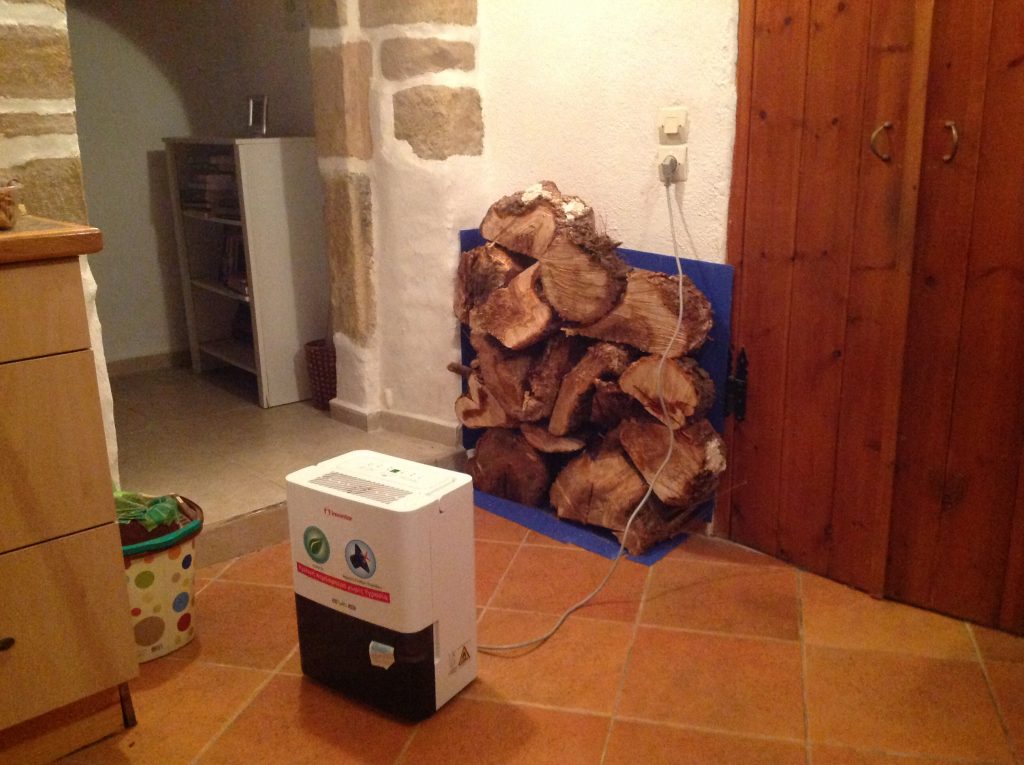 But, it is noticeable that throughout the house the temperature can vary by as much as five degrees and, as the stove goes out during the night, the cold comes back. This is to be expected in a stone house with concrete ceilings and tile floors, and no insulation. It’s not too bad – maybe down to 16 or 17C sometimes – but being a Southern softy with instant gas central heating in the UK, I really notice it, just as I notice the lack of carpeted floors. So, this winter I decided to get central heating installed. There is no piped gas here and if I bought either gas or oil central heating I wonder how the hell it would be delivered (can’t get a vehicle near my house). Anyway, Stelios at the Gabbiano restaurant suggested heat-pump heating. This basically extracts heat from the air in the same way that a fridge works and transfers it into the house radiators. I liked that idea, since sometimes it is possible to sunbathe on the roof but be shivering inside. So I went for it. 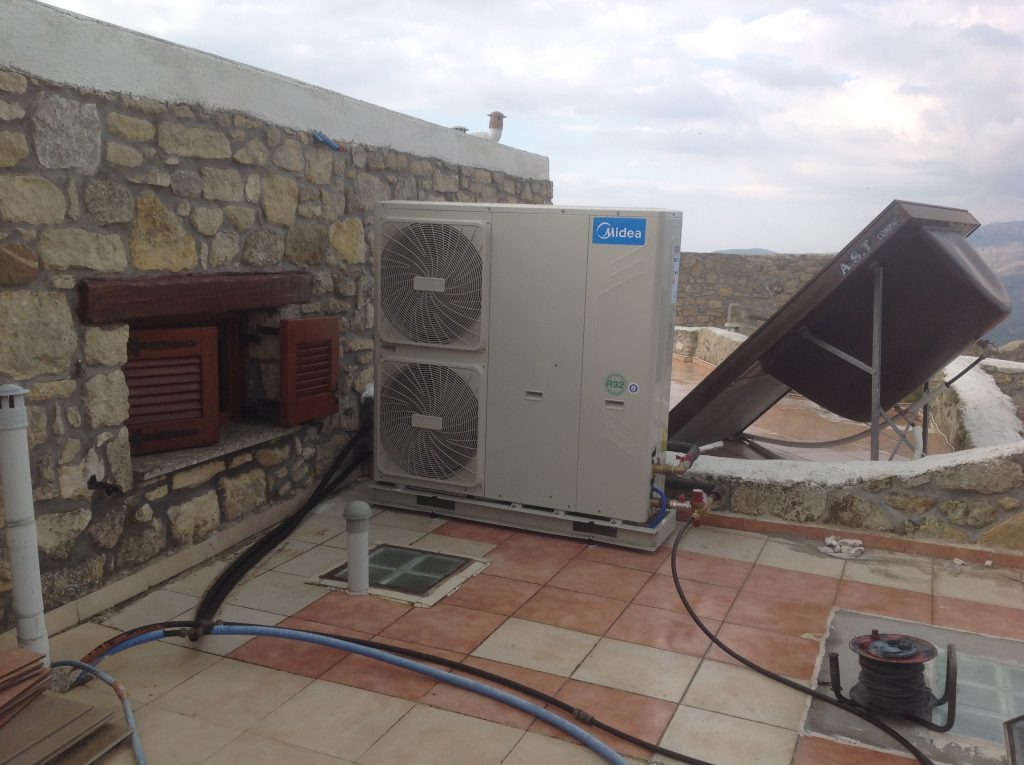 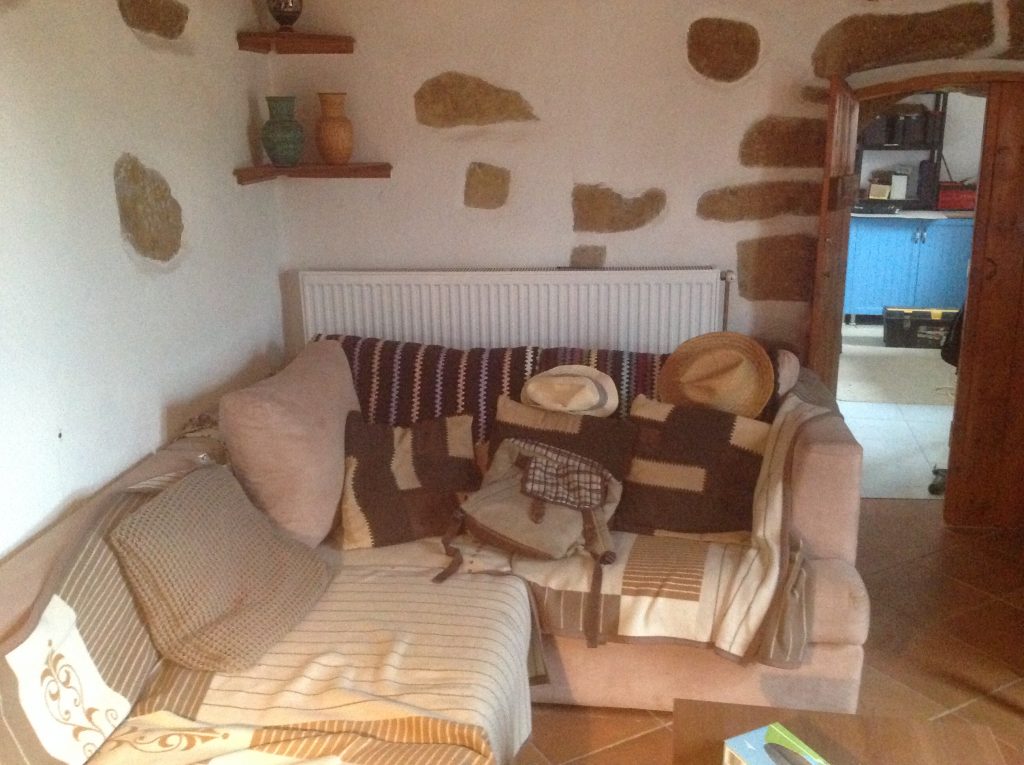 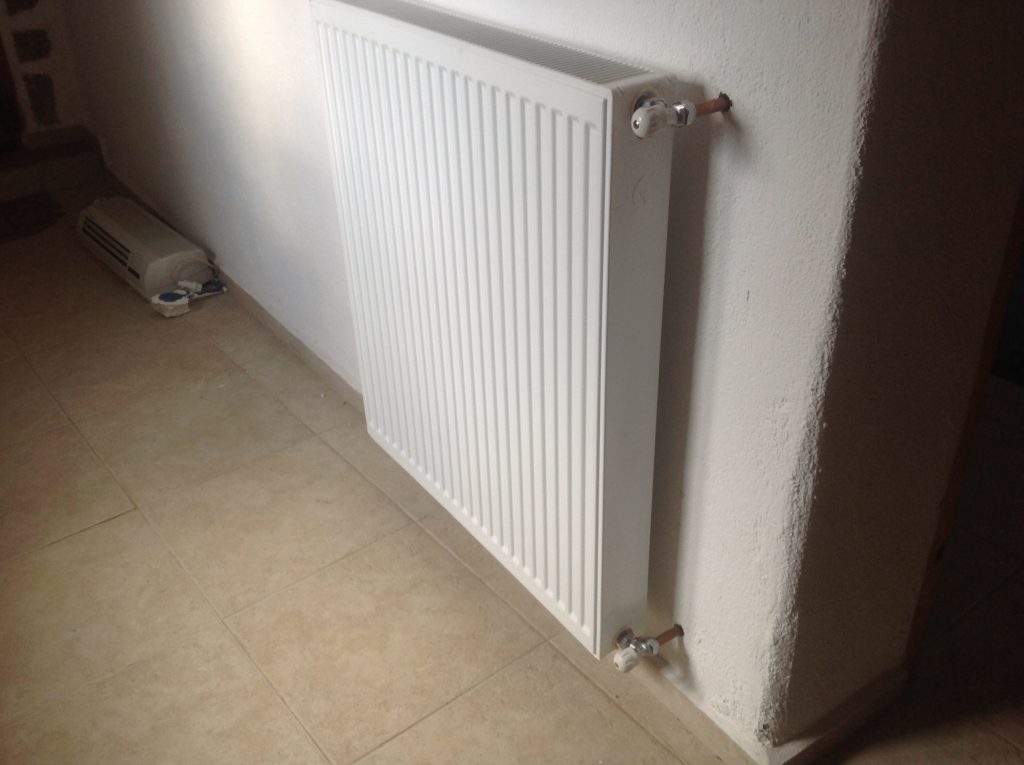 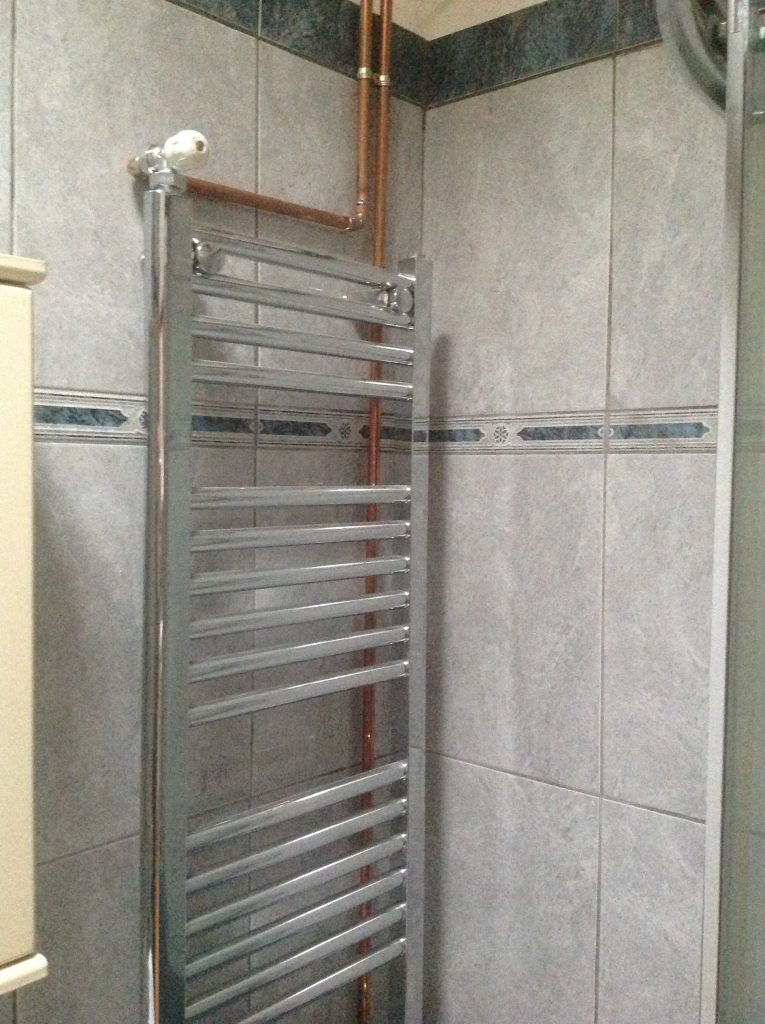 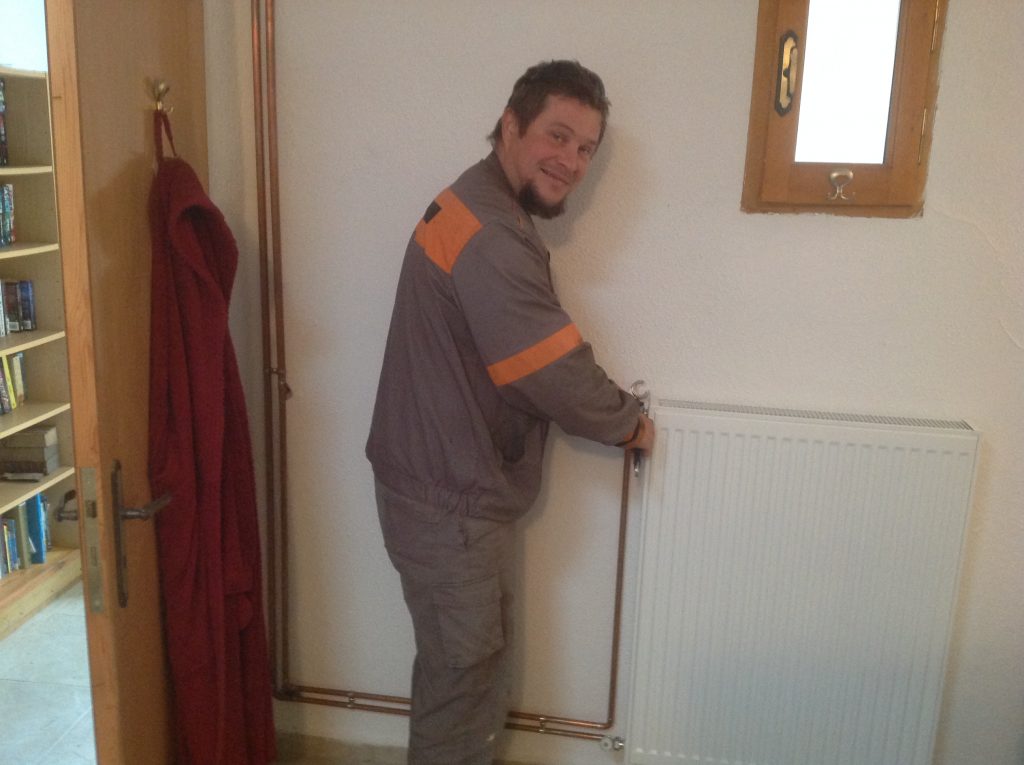 I asked his name when he set to work but didn’t take it in. When I asked him again later he told me, ‘Vlad, like Dracula’. Many jokes to be made about a vampire plumber doing the pipework in your house. 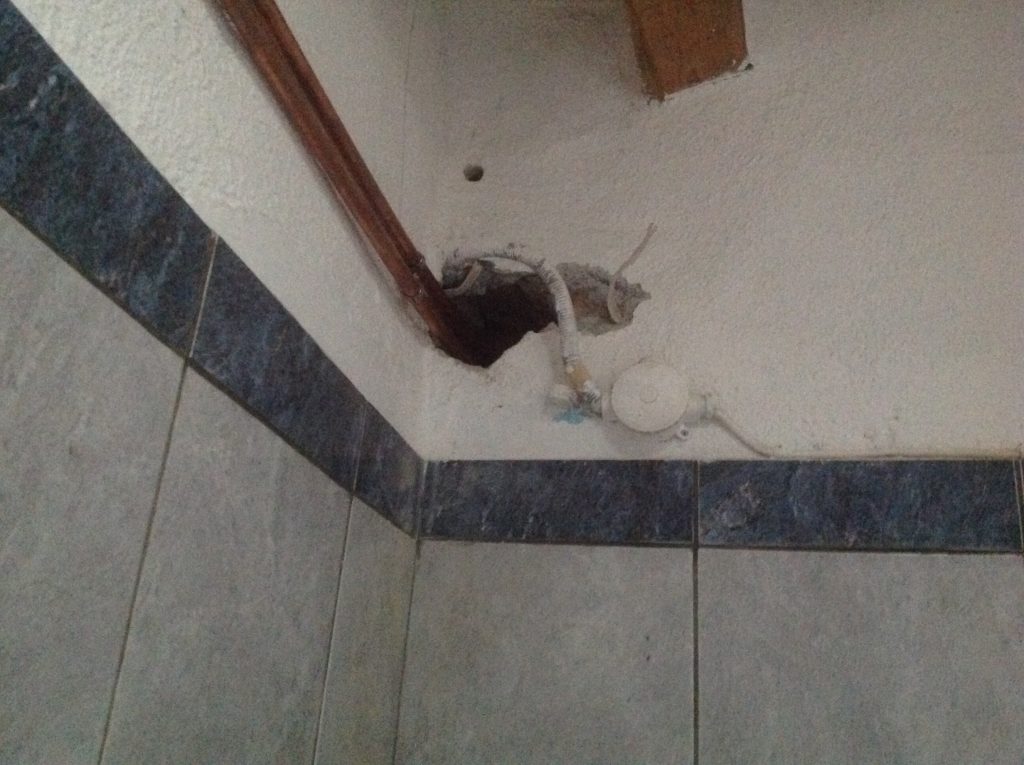 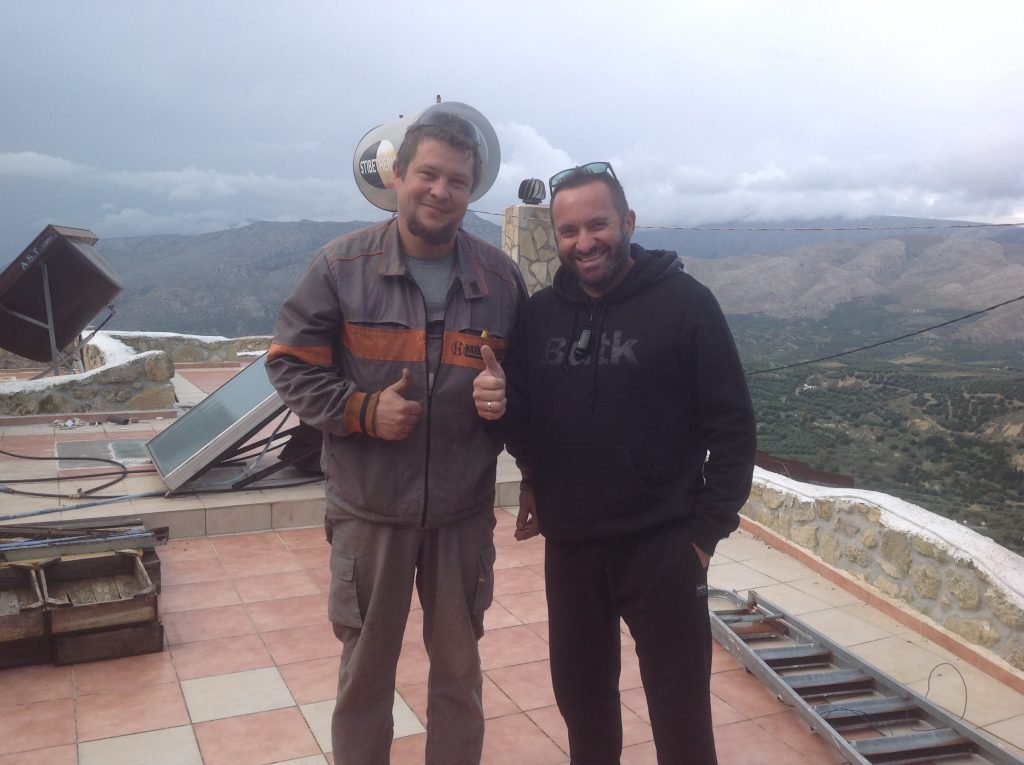 Vlad and the boss – Manolis rousakis.

It has taken me a while to get used to this heating. It is not instant, like gas or oil, and running the stove seemed to put its nose out of joint so it won’t come on until prodded to do so. The parameters for it starting up are wide. It’s climate change technology so works in that respect by dint of hiding the bullshit in the error bars, just like wind turbines etc. However, it’s in now and, even though requiring the occasional prod, is keeping the house warm throughout. I am not, however, looking forward to my next power bill, since the municipality here collects tax through your heating bill. Not only does the amount you pay go up when you use more kilowatt hours, but that tax goes up too. I guess they’re working on the principle that if you can afford not to be cold you can afford to throw money their way too.

Other work has been all the shutters around my house. I knew some of them had woodworm but, when I started investigating, I found that most of them had some woodworm or rot. The pictures here are of just a couple of them. Out of eight shutters I had to do surgery on six. All of them I took off and repainted, also rubbing down and painting the metalwork. This kept me nicely occupied for a good few weeks! 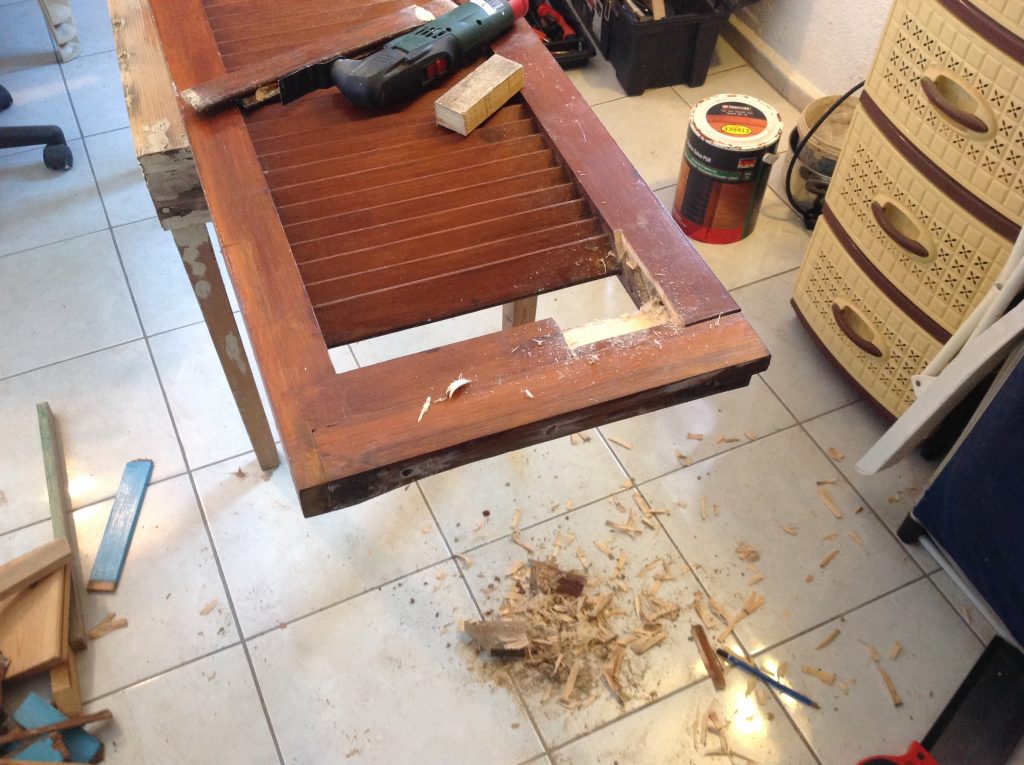 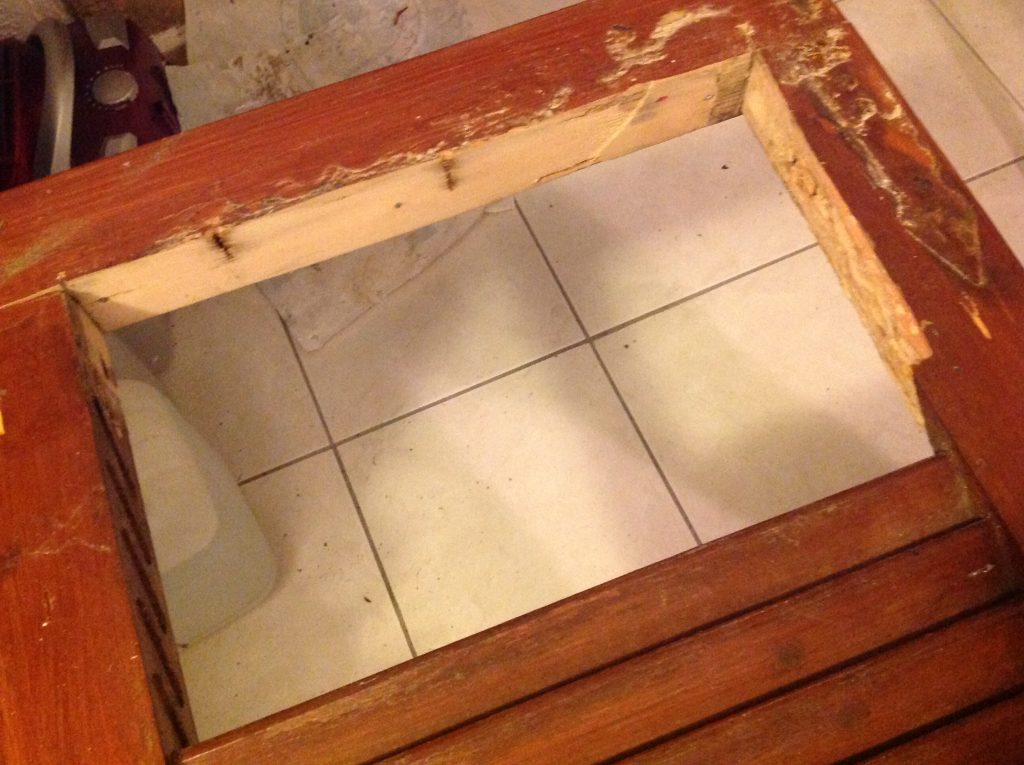 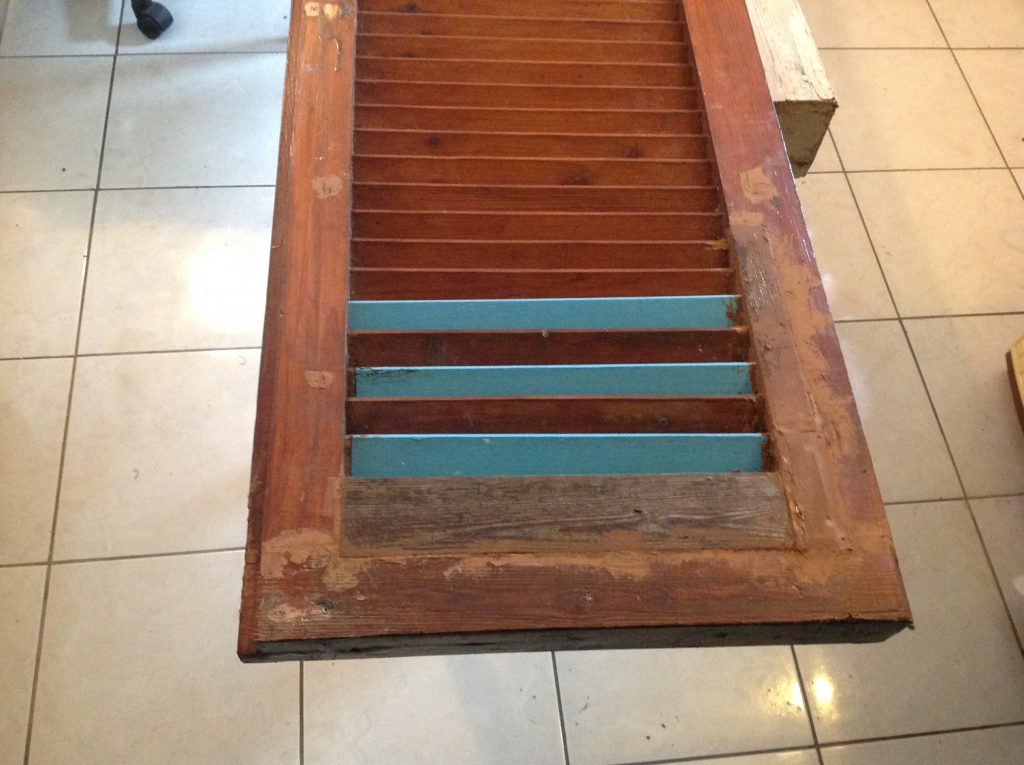 3 thoughts on “Crete House in Winter”