Skip to content
This is nice, but I’ve redacted a bit out of the review since it’s a little bit of a spoiler..
“Hi Neal,
Media coverage for Dark Intelligence is off to a good start! Your book received a starred review in Publishers Weekly, the preeminent trade magazine here in the states.
Congrats!
Cory”
Neal Asher. Skyhorse/Night Shade, $26.99 (416p) ISBN 978-1-59780-824-8 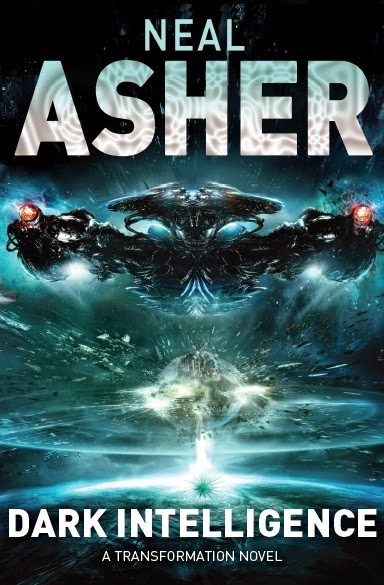 Asher (the Owner trilogy) delivers an exciting beginning to a new trilogy set in his Polity universe. During a war between humans and the crablike alien Prador, Thorvald Spear was killed by Penny Royal, a warped AI. More than a hundred years later, he’s revived to discover that the war is long over but Penny Royal is still around. Isobel Satomi made a deal with Penny Royal so she could become powerful in an interplanetary crime syndicate, but it granted her wish by starting her slow transformation into a carnivorous centipede. Both Spear and Satomi desire vengeance, which is complicated by several questions: not just where Penny Royal is and how to destroy it, but how much they are playing pre-ordained parts in its incomprehensible plan. This beautifully paced book does just as well at slam-bang action scenes as at painting frightening pictures of Isobel’s changes, and provides an interesting climax while leaving plenty of space for the next two books. This is space opera at a high peak of craftsmanship. (Feb.)