Skip to content
This will be my last blog or post to FB about grief, depression, anxiety and panic attacks. I know that following my journey through this has been helpful for many, but for reasons I will shortly explain, this has to stop. I thank all those fans and others who have given and offered support. You’re good people! And such good people need to be rewarded with big fat sprawling space operas!
Three years ago I was perfectly happy and satisfied with my life. The evidence for this to others would be the Transformation trilogy. I had written 3 books to first draft before I even needed to deliver the first book. I would wake up in the morning feeling enthusiastic about life, get out of bed ready to DO stuff! Yeah, I would play about on the internet, but still I would do my 2,000 words and then get on and enjoy other things. In Crete I would work, then swim, then drink chilled wine in the sunshine. Everything was rosy. 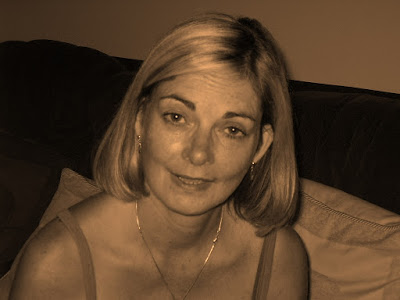 Two years and eight months ago my wife, lover, friend and support, found she was bleeding where she shouldn’t since she had been through the menopause. Over the ensuing 7 months a worry turned into a nightmare that just got worse and worse. Every step of the way hopes were killed. Fibroids, we thought. No, a mass of tumours in one ovary the size of a baby’s head. We tried the Greek hospital system but after the stress of that came back to England. Here she was operated on, all her female plumbing removed. It was bowel cancer that had spread. Stage Four. She started to recover from that first operation but then began vomiting. Back in hospital they operated again – the bowel cancer had revealed itself at its source blocking her intestine. They did a bowel bypass. It failed. She had a choice then: another operation that would likely result in an ileostomy bag, or death from peritonitis in a couple of weeks. I never realised then that it really was a choice. She ended up with an ileostomy bag but never really recovered. Another blockage resulted in her going back into hospital to be fed through the arm. When it happened again at home she chose to stay at home. District nurses sprang into action and for them I have nothing but praise. Caroline then stopped eating and drinking. Nothing would stay down anyway.
On the evening of the 24th January 2014 she was uncomfortable again. She liked her knees up sometimes, and sometimes her legs down flat. I moved them for her but nothing would work. I could see the mottling in the lower parts of them which I suspected was clotting blood. I suggested she might be more comfortable on her side. She started to move, then said, ‘Oh no!’ and tried to fling herself from something. She collapsed on the bed. Eyes wide open. Nothing in them.
I grieved and I thought that as the crying stopped I was getting over it. I also walked ridiculous amounts – thousands of miles over the ensuing two years. I lost interest in most other things. Food didn’t interest me, TV, film, reading and writing. Alcohol steadily ceased to give me any pleasure – the opposite in fact. I started to become scared of it. Life was just a purposeless march not to feel miserable. What I did not realise until just recently was that it had all been too painful so I had suppressed it. This last year it started to come back at me, most likely instigated by the pressure of a new relationship. I started to get really anxious, to suffer periods of depression, to suffer panic attacks. I could only seem to think negatively and sometimes this was so bad I thought I was going crazy. A couple of times I had what seemed like psychotic breaks. Perhaps they were. 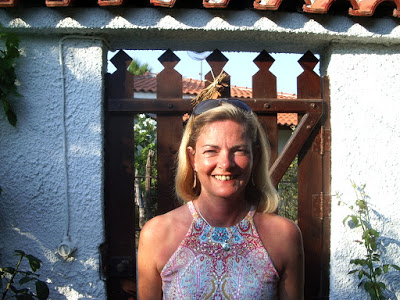 While in Crete I tried SSRIs (antidepressants) but immediately did not like the side effects. Many will understand what I mean when I say they are not great relationship-wise. I then tried meditation and this eased things a little. Back in England I saw a hypnotherapist, which helped a little too. She told me to get Rob Kelly’s book ‘Thrive’, which also helped – positive thinking, positive visualizations, that sort of stuff. I began working my way through an 8-week mindfulness course. All these helped but still I was anxious most of the time, having panic attacks, and then I had a 6-day depression during which I simply did not want to live. I lost 9lbs in weight. I had more or less decided that I had no choice – I would have to take the SSRIs. Then I found out about ‘delayed grief’ and ‘complicated grief’.
Everything fitted, all my symptoms, all the circumstances, all the running away I had done with the ridiculous amounts of exercise, the way I hurriedly rid myself of any reminders of Caroline. The only answer was to grieve. When I started looking at photographs I had been unable to look at for two years I fell apart, crying uncontrollably sometimes. It was awful but, immediately after that the feeling, the tendency like a lurking monster, of depression, was gone, and my anxiety diminished. I have been looking at those photos and crying for 3 weeks now.
But the negative thinking, though it had diminished a lot, was still there. I suspect it is something I established in myself while Caroline was dying and in the ensuing two years. I had realised from all the self-help books that I must tackle it, and I had been, but it’s difficult to do that when you’re at the bottom of a pit. But now, with perfect timing, along comes a book by a guy called Richard Carlson ‘Stop Thinking, Start Living’. 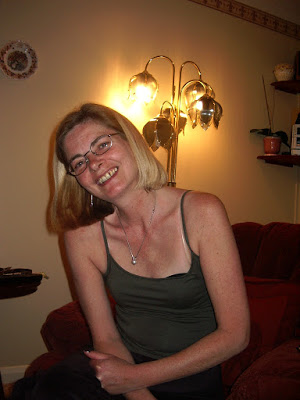 Everything that had been inchoate in my mind about depression and anxiety have solidified on reading it. The answer, as always, is simple but difficult to apply: stop it, because it is your own thinking that generates these conditions. You cannot think your way out of depression and anxiety. In other books they say ‘think positive’. But positive thoughts are no more valid than negative ones. They say you can’t stop thinking negatively but must displace that with the positive – using the old adage ‘don’t think about the elephant’. But it is not true. If you turn that hypervigilance, which previously you had used to always look for the bad, towards your own thoughts, you can see a negative thought cycle starting and simply stop it by thinking of nothing at all. Just shut it down, and eventually something else will come. Sometimes it will be bad and you have to shut it down again, and again and again. Carlson’s contention is that really, at our heart, we are not negative, depressed, unhappy – all of that shit is learned behaviour. It makes sense. Look at a child. Anyway, it’s work. It’s work I am doing and its effect is good. Maybe I would not have succeeded if I had tried this while still carrying a sackload of grief. I don’t know. All I know is that it is working now.
And finally, here’s why this will be my last post on this subject. Carlson has a low opinion of psychoanalysis. You do not solve the problems of depression and anxiety by focusing on them and examining them and their possible causes in more detail. You just strengthen them by doing that. This is why people end up regularly visiting a psychiatrist year after year after year. Stop strengthening those mental pathways. Well I am stopping now. All of this mental shit is no longer going to be the central fact of my life. I am not going to keep writing about it and talking about it.
This ends now.