A few patches of mould lifted some paint in the ruin over the winter so yesterday I went in there to wire-brush those areas and paint them. I knew the ruin had a guest behind the fridge from when I went in there before, and it was still there when I moved the fridge for painting. The cheeky thing has been living in the evaporation tray at the back of it, doubtless for the warmth. I caught him to show Caroline then, when I’d finished the painting, I put him back. Better to have geckos living in your house rather than those visitors with rather more legs. 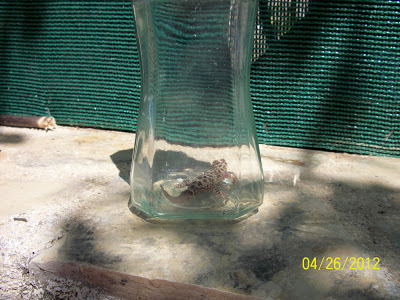 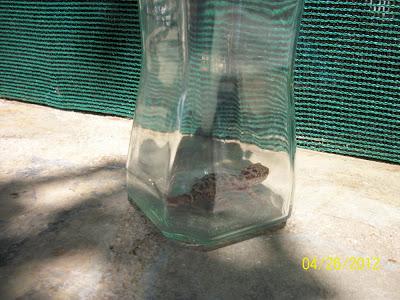 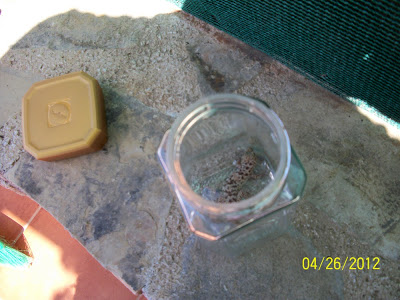 Sunday 29th April
One could be forgiven for thinking that we’ve entered the age of the righteous fuckwad, what with smoking bans, minimum pricing on alcohol and taxes on hot pies, but you would be wrong. I submit that the urge to tell people what to do for their own good has been with us since the dawn of history, and always transforms into the urge to force people to behave correctly. We’ve always had those with us who get niggled by the thought that someone, somewhere, might be enjoying themselves and that it should stopped. There should be a law. They should be taxed.

The latest wheeze (forgive the pun) is in the Netherlands. Righteous fuckwads there have decided to ban foreigners from cannabis cafes which of course, like all forms of bansturbation and just like the smoking ban, is just a step on the road to stopping that enjoyable, unhealthy and terribly terribly wrong activity. But hang on a minute, what are those running the cafes supposed to do? Should they put up signs saying ‘No English, No Germans, No French’? Surely that is discrimination on the basis of national identity? The basis of this latest bit of idiocy is that smoking cannabis is illegal in other countries. So, working with that basis … isn’t alcohol illegal in some countries? Will bars in the Netherlands soon be putting up signs saying ‘No Saudi Arabians’ or, since the ban on alcohol in such countries stems from their particular religion, should they ban Muslims from entering? Yeah, right.

Tuesday 1st May
There is, apparently, a debate across the world about the benefits of austerity as opposed to spending. There are those who feel ‘spending should be increased to boost business’. Yet surely that depends on who is doing the spending and what the money is spent on. Our governments cannot resist agenda-driven spending so we get ‘investment in green energy’ which means expensive, inefficient and heavily subsidized fucking wind turbines. It ‘invests in people’ (thank the Anti-Midas Brown for turning the word ‘invest’ into a joke) which means more social, down-the-toilet spending that fails to generate any wealth at all. By all means spend, but on shale gas, nuclear power, and emerging technologies like biotech, nanotech or … here’s a radical idea: since every pound paid in tax ends up as 30 pence by the time the bureaucrats and politicians have taken their cut, how about cutting out the taxes and leaving the money in the hands of those more competent at investing it?

I’m hearing a lot of sobbing going on at the BBC about the rise of right-wing parties across Europe. In France it’s Le Penn and in Greece its Golden Dawn (with a flag that looks like an amalgam of Greek key and swastika). How can this possibly be happening? I guess people are starting to learn the truth behind Margaret Thatcher’s, ‘Socialist eventually run out of other people’s money’. Of course the left is kicking up a stink too against austerity, but that’s just short-sighted self-interest – their wonderful response being, ‘Spent too much money? Spend more!’ While the far left is also gaining more support. The reality here is that all across Europe those who are not bored shitless by politics are looking at the main parties – usually centre left and centre right – seeing them perpetually screwing up and noting that you couldn’t slot a fag paper between them, and are looking elsewhere. The problem is that they are looking for solutions in more state control. Those like me who see ever-expanding government as the problem are heading down the pub.

Wednesday 2nd May
Enough of this ranting nonsense. Here’s how the beach looks by Revan’s bar: 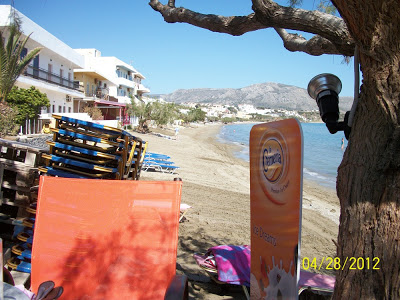 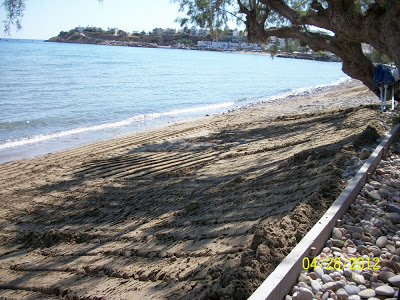 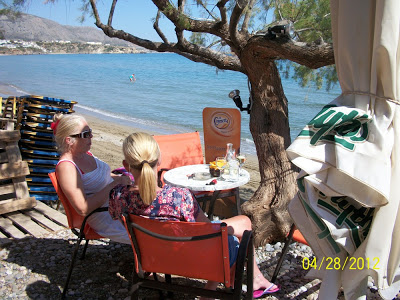 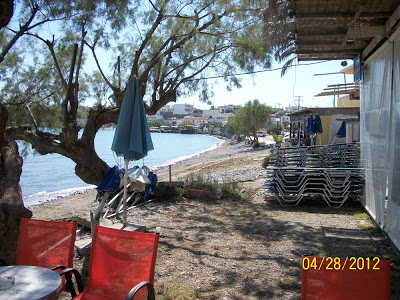 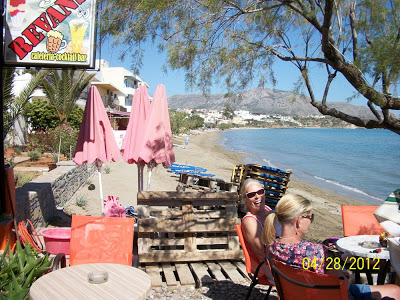