I am getting heartily sick of some of the reporting on the nuclear reactor thing going on in Japan. Trying to wean facts from hyperbole and hysteria is getting very difficult. A recent news report I watched started off with groups of Japanese crying then segued into a shot of another group of them standing about in masks, in the rain, holding up umbrellas. Apparently the first group of people were very upset about what was happening with the reactors, whilst the people in the second group were protecting themselves from potential fall-out by donning masks and putting up umbrellas. 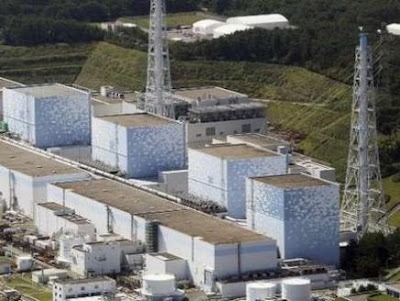 Of course the reporter concerned did not state this outright but rather used mealy-mouthed language to imply it. Now, there’s been an earthquake, a tsunami, thousands of people have lost their homes, thousands have lost their lives, thousands have lost relatives … could this be the reason some are crying? Also, did you notice the early reports about all this from Tokyo? Even during the earthquake people were wandering about with paper masks on their faces. Now this strikes me as odd and perhaps the Japanese have been far to enamoured with Michael Jackson, but they were wearing masks before anyone even mentioned those scary words ‘radiation’ and ‘melt-down’. And, just a thought here, could they have had umbrellas up because it was raining?

Upwards of ten thousand people have been killed and I suspect that when the final figures comes in it is going to be multiples of that. Tens of thousands are homeless, without water and power, struggling to get enough to eat, might at any moment be hit by another tsunami, yet the TV news focus is moving away from that. Now we have chest-beating reporters telling us about reactor buildings exploding and coming apart just like they are designed to, about ‘melt-down’ in reactors built to contain it, about a hysteria-driven safe evacuation of people probably way beyond what is necessary.

But yes, everything that is happening with these reactors is news, but really there should be more sense of proportion. The Fukushima nuclear power station ‘disaster’ is serious, but campared to everything else all around it, it’s like a few shell bursts amidst the Somme.

If you want a real perspective on this go here, and read the updates. And let me finish with a quote from the same source:

The lesson so far: Japan suffered an earthquake and tsunami of unprecedented proportion that has caused unbelievable damage to every part of their infrastructure, and death of very large numbers of people. The media have chosen to report the damage to a nuclear plant which was, and still is, unlikely to harm anyone. We won’t know for sure, of course, until the last measure to assure cooling is put in place, but that’s the likely outcome. You’d never know it from the parade of interested anti-nuclear activists identified as “nuclear experts” on TV.