Skip to content
Ideas come in their time eh? I must read this:
“Jackal is proud to be a Grey Bastard, member of a sworn brotherhood of half-orcs. Unloved and unwanted in civilized society, the Bastards eke out a hard life in the desolate no-man’s-land called the Lots, protecting frail and noble human civilization from invading bands of vicious full-blooded orcs.” 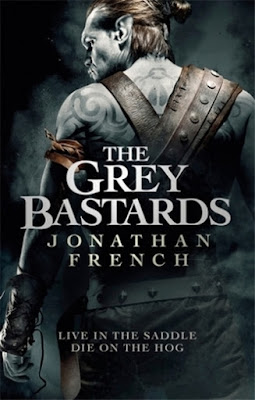 Readers here may remember how a number of years ago I was writing stuff for a Heavy Metal film. One story requested was an orcs and elves battle based on Rorke’s Drift (Zulu). I needed superior weapons to keep the hordes of orcs at bay so I went with arbalests wielded by immensely strong half-breed orcs (the children of rape). I called the story Half Breed. Here’s Skander, the leader of that party of orcs. 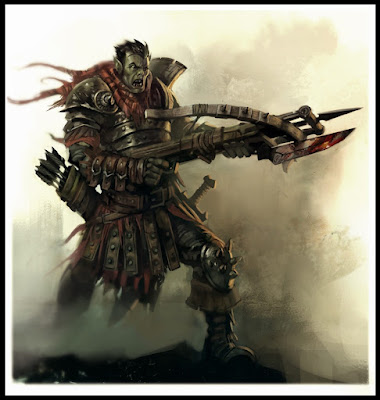 Because this was story written on request and therefore owned by Tim Miller, who was putting together this Heavy Metal film to sell to Paramount (yeah, Deadpool Tim Miller), I couldn’t publish it. The thing languished in my files and then, as the Heavy Metal thing fell through, continued to languish there. I’ve since written another one called Brawl that might be used in another project I probably can’t talk about (name change from Skander because of US legal wankery). I’ll have to check on whether I can use these when I finally get round to publishing a collection of fantasy short stories.