I enjoyed this to begin with as it covered the ground of Red Dragon and expanded on it. The lurid murders, convoluted plots and the psychological interplay between the characters satisfied something in my twisted psyche. The camera work was also excellent with some equally satisfying dream sequences. It was of course utterly fantastical but I did not find it an effort to suspend disbelief. But at the back of my mind resided the sure knowledge that the franchise would be extended and the series would probably die, as many do, by stretching an increasingly meagre plot over many episodes. Then along came series two starting out with a sequence from some months in the future that raised my hopes that this would continue to adhere (loosely) to Red Dragon and that it did have a beginning, middle and then end. 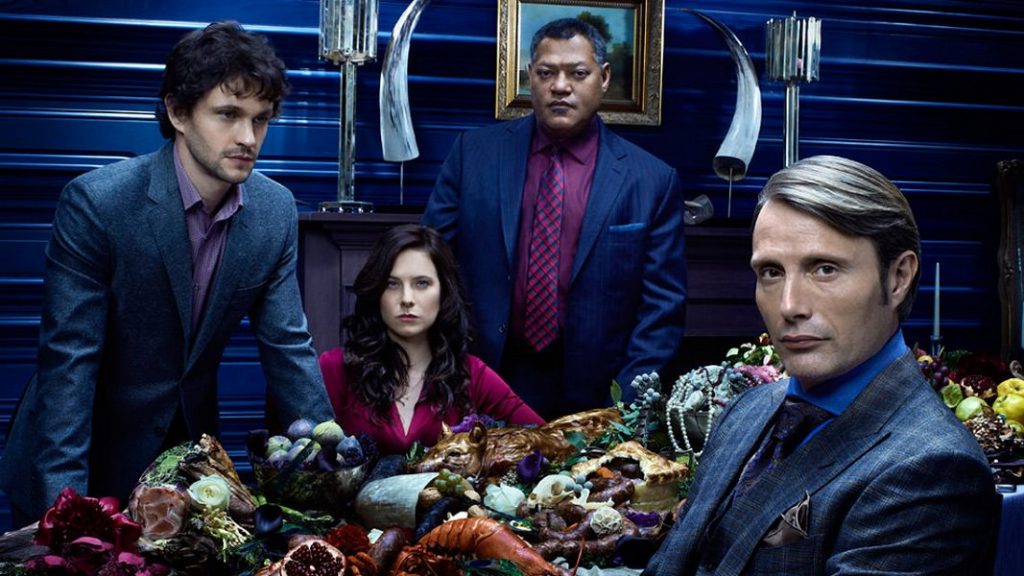 The second season started out well with this, but then came an expansion of the psychobabble, the dream sequences and the ‘artistic’ camera work. These last two kinda reminded me of the new Blade Runner film where art forgot story and went wandering off by itself. It even had the same ramping up of the music volume in an attempt to impart meaning where there was none. But I stuck with it because of that initial sequence. In season three it slid into the plot of the film (and book) Hannibal but with its own particular twist on those. Maybe it would have been okay if someone had reined in the ‘artistic filming’ but I suspect someone told them it was really good so they did more of it. The psychobabble also increased to fill the growing void and segued into the nonsensical. The plot was being stretched thin and hardly covered the holes. A few episodes in I finally gave up. Other viewers also gave up because this was not renewed after the third season.

This is, unfortunately, common in many series I see on Netflix. Franchise extending kills them. Film makers should have the courage to propose series that end rather continue sucking at that teat. At best, if they don’t, what starts out as promising turns into soap opera. The money men and executives behind them should also learn from this growing catalogue of failure. I don’t hold out much hope.