Skip to content
Well, I watched John Carter with mixed reactions. It was visually gorgeous with its landscapes, cities and weird flying machines (which bore some resemblance to the things in Cowboys and Aliens) and the creatures were spot on. I loved the Tharks which often seemed to be better actors than the humans and the star of the show had to be Woola which, but for the fact it was a six-legged amphibian, was the spit of a Staffordshire bull terrier my brother once owned. At times I also got a bit of a lump in my throat because this was John Carter of Mars from the books of Edgar Rice Burroughs which were some of those that introduced me to science fiction. 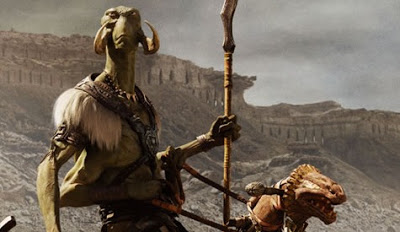 However, I didn’t like the interplay between Carter and Deja Thoris. I felt the urge to giggle inanely and hide my face in embarrassment. I found them both unconvincing and frankly feel that the arch baddy would have been better cast as Carter, while the princess was just eye-candy. A lot of the acting seemed B-movie and flat, but then that might also be down to the directing.

The jumping was plain silly – yes Carter had Earth muscles and was stronger etc. but him jumping half a mile while carrying someone was ridiculous. Now, I can’t remember how that was in the books and it might well have been some of the silliness of them coming through… Also, were metal and stone somehow weaker on Mars? I can’t remember. 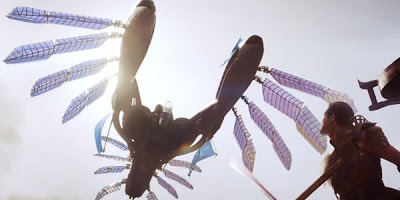 Did the books have too many faults that could not easily transfer to the modern age? Were they in themselves just too silly and dated? I don’t think so. I live in an age when fiction from my formative years is appearing on the screen with the required CGI. I still think the first new Spiderman movie is great, Conan the Barbarian couldn’t have been better and better cast (I read the Robert E. Howard books about the same time as I was reading the Carter books) and Lord of the Rings left me gob-smacked. 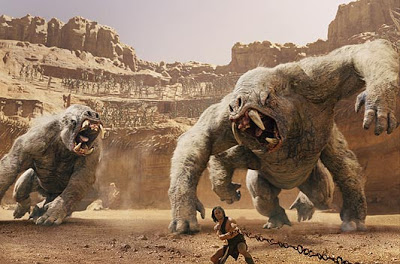 I did enjoy this film, but would I have enjoyed it without the nostalgic connection in my mind? In the end, without that connection, it would have been a film consigned to the category ‘it was okay’ which, of course, is not the result you’re after when you spend 200 million.