The Man Fell to Earth was the Silver Surfer, but that’s being a bit facetious. I found this slow going at first with its focus on a future African/Nigerian culture, but I cannot fault the world-building here. Another thing that slows this down is that habit Gene Wolfe has of getting characters to tell stories which, to me, adds nothing and is merely a page filler. But as I persevered, and the far-future human turned up occupied by a symbiotic semi-AI, it did engage me. You got the ‘cruelty of Africa’ here and the sense of a future of environmental disaster combined with space elevators, cities in orbit and matter printing. All SF readers are after that sensawunda and this story certainly has it. I noted in comments about this story that the bad guys were too one-dimensionally bad but didn’t think that the case. To me the good guys were too good, too angelic, with too much in the way of hugging and moral probity. It also suffered from the kryptonite factor: I never felt the protagonist was in any danger because he was just too powerful. Also, the high-note terminal conflict then progressed into the kind of wind-down you get at the end of LoTR, which was a little wearing. 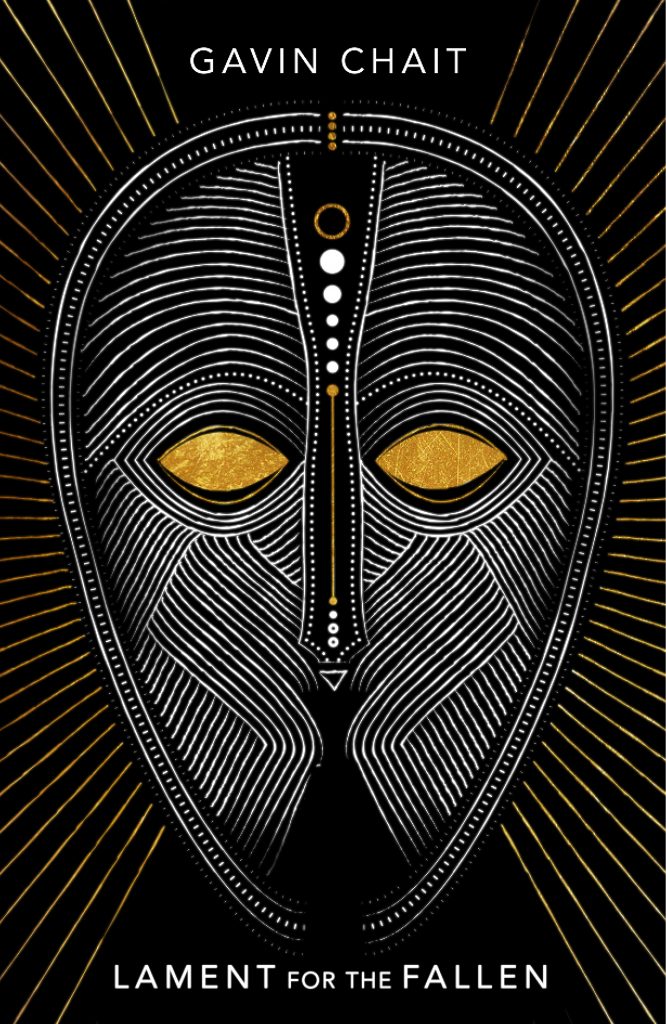 However, this is a big book and I read it from cover to cover so there’s that. The writing is engaging and you do care about the characters. It may well be that it simply wasn’t to my taste. I tend to grimace at environmental disaster SF in a future where ‘advanced technology is indistinguishable from magic’.  It may will be to your taste so why not give it a try? Here’s what some others think:

“Lyrical prose and imaginative world-building . . . the book is gripping, powerful and frequently impressive . . . an ambitious and intelligent work that marks out Chait as a writer worthy of further attention.” (Saxon Bullock SFX magazine)

“Loved the whole experience as Gavin brought solid world building into the mix alongside cracking pace as well as dialogue that just tripped off the page . . . a great read . . . Magic.” (FALCATA TIMES)

“Highly readable . . . Chait should be applauded for managing that all important trick of getting you to keep turning that page until there aren’t any left . . . smart, ideas-led science fiction with a literary fiction bent.” (STARBURST magazine)