Here are a few bits I wrote down in November when I didn’t have the internet. As you can see, they are a bit pessimistic and annoyed in tone. I’ve got better. Honest. 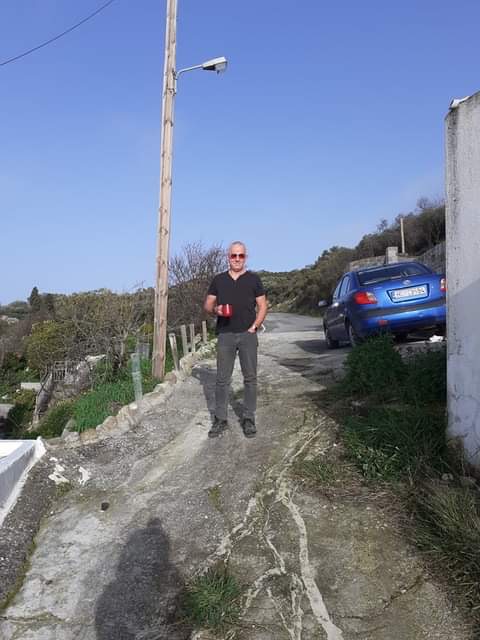 My Polity books are essentially optimistic. Yes, shit happens – there would be no story to tell if it didn’t – but mostly on the borders of a huge utopian realm. The people of the Polity are healthy, can potentially live forever, can radically alter their bodies and can transfer their minds. They live as near as is possible to a post-scarcity society (post-scarcity is impossible because what would really happen is a transference of value). But I fear that the real future is going to be more like the dystopia of the ‘Owner’ universe books: rigidly controlled populations – totalitarianism – total suppressing of freedom up to and including that of thought, scarcity created by collectivist ideology and huge parasitic bureaucracies red-taping everything. The reason this will come about is that there are, now, too many sheep who want to be told what to do, and too many authoritarians who want to do the telling. The historically illiterate vastly outnumber those who would point out the lessons of history. Too many respond with panic and demands for ‘safety’ from things raised and exacerbated by the media (and which would hardly affect them at all). And in their demands for safety they throw away their freedom, just as Benjamin Franklin pointed out. I see things increasingly falling under the dead hand of precautionary-principle regulation, and resources so controlled, that unnecessary scarcity is created. So look forward to the time when you must text your local political officer to find out when you can put the kettle on, or take a shit. Look forward to the re-education camps . . . in fact, they are already here in the form of ‘diversity training’ for those in the public sector or large companies who have said something ‘offensive’. Look forward to your locked down future.

Have you noticed how the bansturbators are out in force during this lockdown? They delight in shutting stuff down – and people. This is a rosy time for authoritarians. Noticeable too is the thoroughly Puritan ethos about it all. Most of what is being stopped is a source of pleasure. Enjoyment is obviously non-essential in the strict running of the world. Quite a sad reflection on our society, that.

It’s been noted that it seems younger people are more scared of coronavirus than the older. But I wonder if that’s true or that in reality it’s just a function of ‘time’. If you are thirty-something you can afford weeks, months or even years of this lockdown bullshit. But if you are 70 or 80 (or whatever) you know your time is about done and you could drop dead at any time. You don’t want to spend the time you have remaining sitting in your house twiddling your thumbs. You want to see your kin – preferable without half their faces covered. You want to get out and about and do stuff! And, of course, at that age you have seen plenty of panic before: the ozone hole was going to give you cancer, an Ice Age was coming and then, if you didn’t put your sherry bottles in the correct recycling bag, the planet was going to burn, Y2K was going to crash all the computers in the world, acid rain was going to kill all the forests, DDT was going to kill all the birds etc ad nauseum.

Today I was told that 40 people died of coronavirus in Greece. Besides the fact that ‘of’ is negotiable and is usually ‘with’, and despite the fact that Covid-19 is going down on death certificates when it shouldn’t, I have to wonder about some other things this brings to light. It seems that people are unaware of how many people are dying anyway, all the time, in populations of 10s of millions. They are then, therefore, shocked by the media hysteria of ’40 people dead’ (40 people in Greece is 0.00036% of the population). I guess that part of the problem here is that ‘dying’ is a subject always avoided while the process is so often hidden from view. In that respect, other things occur: when part of my living wage came from cutting grass I worked at a few ‘total care homes’. These places were full of the senile and the very old and sick – people whose lives were hanging by a thread. And these, judging by the average age of death figures across the world, are who are dying. Of course the media will scream when someone young dies, and neglect to mention the other condition or conditions that person had. But I digress: there are thousands of such homes all across the UK, all with an exit door that leads to hospital or an undertaker’s van. In a similar respect I now remember (of course) Caroline’s cremation. The job was done in under an hour and the next cremation queued up. This was one crematorium of 3 or 4 in the same place – all with their chimneys chugging out smoke like a snapshot of Auschwitz. And of course, just as with the care homes, there are thousands of such places all across the UK, all rendering down death and grief into cardboard boxes to be collected at their High Street branch.

I completed a 34,000 word novella today and wonder if there’ll be a Lockdown Tales II (I hope not). I am also continuing with my kayaking – weather permitting – and walking, while wondering if some officious bureaucrat, looking pale and sickly out of his office and clad in a high viz jacket, will to tell me ‘it’s against the rules’. Yes, they have the Covid Stasi here too. I will of course have point out that my chances of catching or spreading coronavirus are rather remote 100 metres or more off shore or while schlepping through the mountains. But apparently one must ‘exercise’ locally or just a short commute away from home. Of course I can go 15Km to either Sitia or Makrigialos for shopping, amidst loads of people, and that is fine. I’m pondering on the idea, should this happen, of pointing out that in another age the high viz jacket would have been an armband, but expect it would fall on deaf ears. Meanwhile, walking in the mountains, I pass a monument to a Cretan school teacher who was part of the Cretan Resistance. He was captured by the Nazis, tortured and then buried alive. I wonder what he would have thought about all this. The Benjamin Franklin quote ‘He who would sell essential liberty to purchase a little safety deserves neither liberty nor safety’ is apposite in this time. Millions have fought and died to give us the freedoms we have, until lately, enjoyed. And now they are being thrown away in an extended fit of hysterical fear.

When mentioning that the wetsuit I had bought was too tight, someone pointed out that well, men of a certain age get thicker about the waist. The reality is that no, my waist size and weight are down and the reason it didn’t fit was because over a thousand kilometres of kayaking since July has had its effect on my upper body and biceps. But generally these ‘you are of a certain age’ comments boil my piss. No, you get thick around the waist because you don’t exercise enough and eat too many pies. Seriously, I haven’t seen a single Greek shepherd up in the mountains sporting a pot belly. Y’know, maybe walking some miles rather than sprawling in front of the telly has an effect too? Another annoyance is this ‘slow down’ or ‘be careful, Neal’. Those are precisely the things you can do if want to turn into a sedentary slug at ‘a certain age. Those are the things that lead to fat bastard metabolic syndrome. So fuck off. I do more both physically and mentally than most people half my age and I will continue to do so until something breaks. How many times does it have to be said that you’re a long time dead?

One thought on “Lockdown Thoughts (November)”