Skip to content
So, Cameron is a nannying statist who wants to stick a minimum price on alcohol per unit. What on Earth is he thinking? Does he think that this will result in fewer pavement pizzas and fat slags crying in the gutter on a Saturday night? Does he think there’ll be less violence on the streets after chucking out time on a Friday and less chaos in A & E over the weekend? If he does think that then he’s an idiot because the people responsible for that drink in bars where the price is already way above his damned 45p a unit. 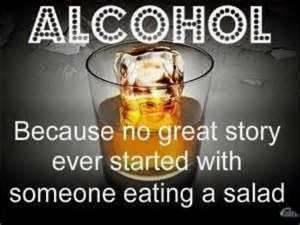 Does he think that £2 on the price for a bottle of vodka is going to stop an alcoholic buying it? Does he think that ‘problem drinkers’ are going to alter their life styles because their weekly booze bill has gone up by ten or twenty quid? Well, maybe they will, maybe they won’t be getting the latest X-box, flat screen TV or maybe their kids will start outgrowing their clothes because, you can be damned sure that habitual drinkers will sacrifice other spending rather than the habit. Does he think that banning supermarket deals on wine, like three for a tenner or three for the price of two is going to do any more than piss off people who drink at home and cause no trouble at all?
Does he not realize that black marketeers – the same ones most smokers buy their tobacco from now – will be rubbing their hands together in glee? Has he, with his wonderful Eton education, not heard of Prohibition? Or was he too hung over after a night out getting pissed and trashing restaurants with the Bullingdon club to take that particular lesson in?
Really, it’s about time Cameron found his natural home in the Labour Party. There’s a place for him there, since that party doesn’t have a leader. Not that he’s much of a leader but I’m sure they could always find room for another advertising executive.