We’ve been in lockdown now for three months. When this started I was immediately sceptical because it seemed a hysterical overreaction, along with, in the UK, the Tory need not to be seen as the ‘nasty’ party. With the death tolls coming in I changed my mind about that and thought maybe it might be necessary, and I’ve wavered between the two poles ever since. I’m not going to get into all the reasons why it may have been necessary or unnecessary. There’s plenty of information out there and one must make one’s own decision – search out ‘lockdown sceptics’ for example. Even after this is all over the arguments will rage on because, as it seems with every major ‘issue’, this has now become politically polarised. One thing we can be sure of is that we’ll be paying for the damage caused by the lockdown for a long time to come. 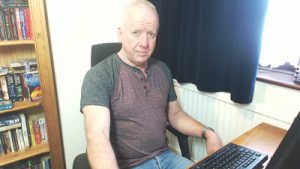 The loss of jobs, businesses and lives destroyed is a cost yet to be counted. The recent riots and the destruction they have caused I would firmly blame on the lockdown. It’s difficult to rage at a virus or attempts to ameliorate its effects, so some, feeling anger and frustration, want people to blame, or an event to focus their feelings on. This is of course exacerbated by the MSM, social media and the sheer reach of the internet now. We can get news and on the spot videos of events all around the world almost instantly on our mobile devices. As I’ve said before: when we had that tsunami it was there for us to see in minutes. Fifty years before it would have been a few column inches on page three of the Sunday newspaper. This instant news imparts an impression of perpetual chaos because, well, crap happens all the time somewhere and always now someone is filming it and hoping it will go ‘viral’.

So, in respect of the riots, it is worth considering how much of the present impression of a world gone mad, is an artefact of all this. Should some be thinking ‘end of civilization!’ because maybe ten assholes pull down a statue or because thousands are rioting in scattered cities, across a world whose population is near eight billion? That being said, seeing British police kneeling to Marxist protestors, the corporate virtue-signalling and people kicked out of jobs because of being insufficiently politically correct, is nauseating.

But fuck all that.

At first, the lockdown didn’t really change my lifestyle much. Throughout winter in the UK I simply write, exercise and get jobs done. The first thing I lost was visits to my local gym, but in their stead I started going for long walks and brought my weights inside, cleaned the rust off, and started using them. Next, on a couple of occasions, I drove to the shops then simply turned round and went home again – soon learning to time my shopping trips so as to avoid the ridiculous scattered out queues. But even if your lifestyle is like mine the frustrations build. I first made the mistake of engaging with all the social media rage which, to be honest, seems more infectious than covid. That made me feel crappy and I soon stepped away from it. A ‘fuck it’ attitude then led to me hammering the booze, which made me feel crappy and I’ve stepped away from that too. This was all exacerbated for me when my first flight to Crete was cancelled, and now on my fourth cancellation frustration has turned to resignation.

But there have been upsides to all this, for me at least, and the lapses from self-discipline have been few. After coffee and a (limited) browse of the social media, here’s my routine on most days: I turn on my main computer to write and read through five science articles, interspersed with editing and writing. I do this for half an hour because I’ve learned the dangers of sitting all day at a desk. I then get up to write in my journal, in Greek, for a quarter of an hour before returning to the computer. I alternate like this throughout the day – transitioning to reading Greek out loud when I’ve filled in a journal page, and transitioning to writing only once I’ve read those articles. On most days I extend the quarter hour away from the computer by doing five-minute sets of weight training – totalling 20 to 30 minutes a day. Come the end of the writing day, with (mostly) 2,000 words of fiction written, I put on my trainers and go for a 7 mile walk – sometimes further when feeling particularly pissed off (17 miles is the longest so far). 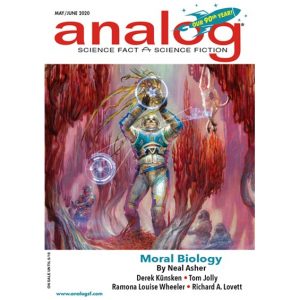 I’m not sure of the numbers now, but during this lockdown I’ve edited a book and written three or four novellas and had some stuff published. The latter are a novella called Moral Biology in Analog and a novella called The Bosch I published myself to Amazon Kindle and POD. The book I edited is Jack Four – a standalone set in the Polity telling the story of a clone delivered to the King’s Ship (the home of the prador king) and the tale that ensues. There will be monsters – I promise monsters. The three (or four) novellas include one Owner novella while the others are Polity ones. These last, combined with a number I wrote before, will be published as a collection called, inevitably, Lockdown Tales. 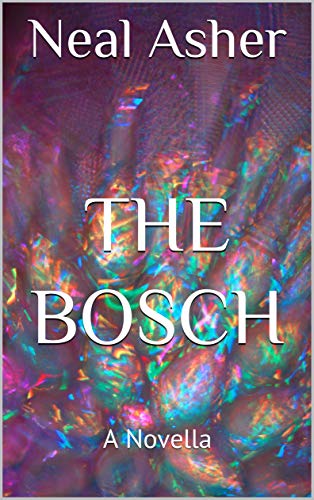 Another upside has been my reading. Tending to avoid the rage mob on social media and finding little to interest me on TV, I’ve pushed my nose back into books. For some years now I’ve had a problem with this, maybe related to past anxiety and depression, or to the addictive attraction of the internet, or to a degree I’ve become jaded with it. I’ve found myself abandoning book after book – pushed out of them for various reasons. Sometimes with more modern books this is because of overt political correctness, and sometimes it is because, spending so much time writing, I often still have my editing head switched so the errors are glaring. But either way I’ve been finding it difficult to recapture that ‘suspension of disbelief’ and sensawunda – difficult to escape into books. But this time, going back to reading some old stuff, I’ve been able to recapture some of that, as you will see by the reviews that have appeared here. In the last couple of weeks I’ve read more books than in all of last year.

Anyway, that’s enough of a ramble. I just hope that all of you out there can garner some benefits from this interminable confinement, perhaps even a greater appreciation of life when this shit-show is over.