Skip to content
While I meticulously study contracts I see that the whole Night Shade Books debacle is being written about all across the internet. I won’t provide links here – just go to Google Blog Search and get up-to-date posts on Night Shade Books. There’s some insightful stuff available; there’s some bitter stuff out there too.
The essence is this: NSB is on the point of bankruptcy so is selling assets to a publisher called Skyhorse Publishing and another called Start Publishing (ebooks for the latter). The apparent aim of this on the part of Jeremy Lassen and Jason Williams is to ensure that authors can be paid what they are owed. The crux of the matter is that those ‘assets’ are the rights to those same author’s books. It means, for the sale to go through, that the authors must agree to changes to their NSB contracts as they are taken up by the other companies.
The authors are in a cleft stick.
If they don’t sign up to this they risk losing the royalties they are owed and the books dropping into legal oblivion (scare tactics?). If they do sign they get reduced royalties. 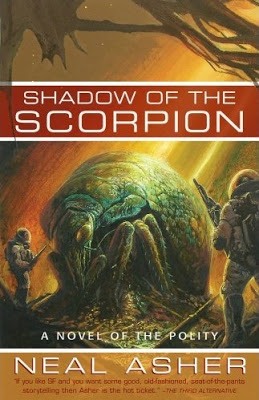 Ebook royalties are chopped in half. However, a read somewhere of writers supposedly having to sign over Ebook rights they never sold to NSB. Well, the contract I’m looking at doesn’t say that. It should also be noted that NSB were paying twice ‘industry standard’.
Skyhorse is claiming audio rights even if they weren’t sold … again at ‘industry standard’.
My main bone of contention concerns this 10% of net receipts. Here’s my contractual bit with NSB:
8% on the first 50,000 copies, 10% on 50,001-100,000 copies, and 12% over that, of the retail price of all MASS MARKET PAPERBACK copies sold.
Note that ‘retail price’. Publishers sell books to booksellers at half and sometimes 40% of cover price. Going with half this would mean on a $10 book, and supposing I wasn’t over that 50,000, I would be taking a cut in income per book from $0.80 to $0.50.
But at this point it is worth noting that if you’re not being paid, then percentages are irrelevant. 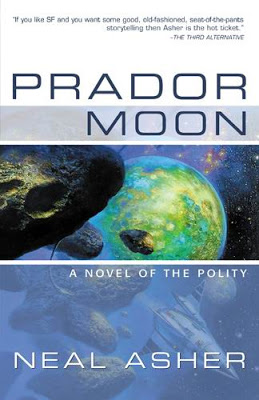 The whole thing is a bit of a bastard and the decisions of the individual authors concerned will be based on a number of things: how many books they have with NSB (and whether they have books with other publishers), how much NSB owes them, what they think their future earnings might be from the NSB books, how much financial pain they are in …etc. It’s not easy. I really feel sorry for those authors who have one or two books ONLY with NSB. It’s probably heartbreaking.
In my case it’s five books. However, the Owner series – The Departure, Zero Point & Jupiter War – were sold to them by Macmillan who aren’t exactly lightweights. I’m confident that Macmillan will have their contracts department scrutinizing the deal very closely. But personally, at the request of NSB, I wrote Prador Moon & Shadow of the Scorpion for them and sold them the American rights, and it is for these books I must sign up to the contract changes, or not. 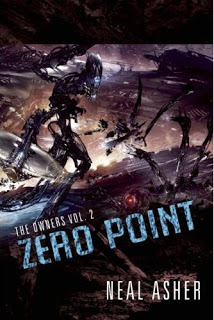 I’m not a one-book wonder. The two books are two, thus far, of the twenty books I’ve had published. I have Jupiter War yet to be published and as you know I’m close to finishing the third Penny Royal book, so after JW I’ll have another three in the bank. And, because I keep producing books and keep getting published I’ve been doing okay, which is why I never lawyered up and went after NSB. As a consequence they owe me a shitload of money. I might decide to sign up so that I get that money, and consider those other two books loss-leaders – in America, since they are still published here in Britain and in translation. I’m certainly going to push for some changes to that contract. Or I might just say fuck it, shove your contract.
I’m still undecided.

Jarred and I have been listening to and thinking through what the Night Shade authors and agents have said on blogs, on facebook, over email, and during several very long phone conversations. Skyhorse and Start now have a much more complete picture of what the Night Shade authors been through and it’s helped us to understand the reaction that many of them have had to the deal as offered. Both Jarred and I have decided to make a strong attempt to see this deal through. We’ve decided to take the long view, the view that what we want to do is build a publishing company, build on the Night Shade backlist, and we’re willing to offer a deal that we feel is very favorable to the Night Shade authors and will trade short run profits for long-term relationship. Here are the revised terms:
7 1/2 % of retail for all printing books.
25% of net receipts on all ebooks up to 15,000 copies sold and 30% thereafter
50/50 on audio, with a reversion if we don’t sell the rights in six months. Audio rights money to flow through within 30 days of receipt of payment, provided that the advance has earned out.
The assignment clause, clause 7, would only apply if the assignment is part of a sale of “all or substantially all of the assets of the company” purchased by either Start Publishing or Skyhorse Publishing.