Skip to content
It was good to read stories I vaguely knew written out clearly. That Narcissus fell in love with his own reflection is enduring. Here I learned how the water nymph Echo related, and how the flower came to be. Prometheus’s unfortunate sojourn on the side of a mountain, with vultures eating his liver, was another story elucidated . . . in fact, there wasn’t a story here I did not know some part of, which shows just how ingrained Greek myth is in our culture. 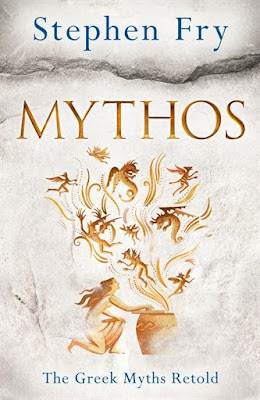 I particularly enjoyed the language connections that Fry elaborated on like, off the top of my head, that the ‘Ge’ in Geo words like Geology comes from Gaia, the Earth goddess. Having learned Greek (allegedly) and having spent many years on Crete, I also felt this mythology gave me further insight into the working of the Greek mind. It is a fact that your language informs your perspective on reality (and that learning another one gives you a deeper perspective), while Greek myth is firmly intertwined with their language (and ours, though not so firmly).
Do I recommend this book, what with most people reading this blog being SF readers? Well, it was a mostly easy undemanding read, except in some sections, where genealogical lists tended to the boring. But you know what, it’s nice to know, for example, the history of the names in John Varley’s Gaean Trilogy. SF writers have used Greek myths and names more than one might suppose, so go on, educate yourself.