New desks purchased and assembled. Layers of crap removed from the drawers and discarded, since I’m one of those annoying people who tends to keep stuff because ‘it might come in handy’ and have reached that point where the handy thing is so buried in other handy stuff that I can’t find it. 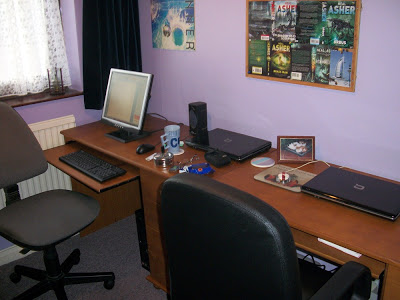 My old desk, which I bought second-hand and has followed me through four homes and at which I’ve written every book published by Macmillan, was getting rather wobbly and tired. With its metal back I also needed to extend a few of the USB cables to reach the computer underneath. It’s also the case that it was good when I worked a lot with that archaic paper stuff and when I needed the room for a bloody great screen, but is not necessary now. I thought I’d be sad to see it go, but I’m not. 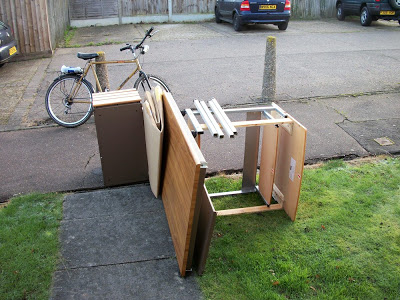 The loft next. All those handy plastic containers, all that computer hardware no one will ever want, the boxes for things purchased years ago, a big container of rusty nails retained from when I used to do fencing and a load of door handles whose history I’m a little confused about. All down the dump.