Skip to content
Updating again in here. As predicted the weather turned nasty from Thursday (it is Monday today). I managed my 2,000 words a day up until that day then on Friday only managed 1,000. At this point I started crashing with panic attacks and depression. The weather doesn’t help since I’m always better when the sun is shining (aren’t we all) but it’s becoming increasingly evident that I’m only keeping this shit at bay with exercise. 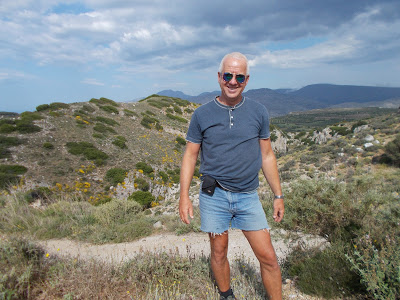 During the last days of last week I felt I needed a rest to give my body time to recover. One of the reasons I felt I needed a rest was because of my arms frequently feeling heavy and numb after a sleep, which I assumed was from the kayaking. Big mistake. I ended up with about a day and a half of panic attacks rolling out one after another. Also, my arms went numb during this, which I now realise has bugger all to do with the kayaking (this numbness can be part of the panic attack thing). Annoyingly these confined me to the house all Saturday and most of Sunday when they were having the kazani next door. 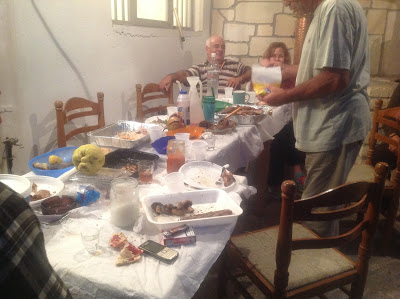 On Sunday I got dragged out by my neighbour to join in. I was frightened to drink any alcohol at first because I know it contributes to panic attacks. I then thought fuck it and drank raki and ate brisolas. I did feel better until about 8 when I headed inside and slept for a few hours. 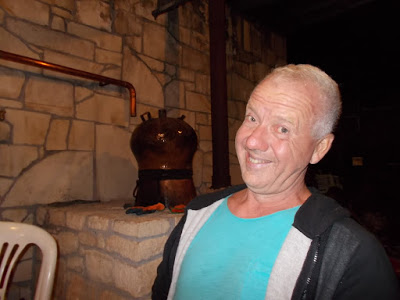 Today I was okay until I felt tired and took a snooze on the sofa. Again I woke up with panic attacks, but not as harsh as before. The rain had stopped today so at midday I headed off into the mountains for a long walk. Yeah, I feel better, better enough to have written a bit more, but things are still not right. I have been fighting this for the best part of two years and I think I’m losing. When I get back to England in the middle of next month it will finally be time to go and see a doctor. Give me drugs or even give me ECT, I don’t care. I just want this to fucking stop.
Sorry about this post being a bit of a downer. Not a happy bunny today. Anyway, 40,000 words done on the new book if that’s any consolation!