Skip to content
I got an invite to a local writer’s group a few weeks back and, since it was local, in fact in a pub I used to frequent over many years, I thought, ‘why not?’ though I added the proviso that I’d just go along for a chat and wouldn’t be giving a talk or reading. It all seemed to go pretty well and hopefully I said some stuff they found interesting. I also took along some professionally edited sheets from Zero Point for them to have a look at – the kind of stuff I would have killed for many years ago. Interestingly, they had a session of writing, whereby someone provided a sentence or line and everyone keyed off that for ten minutes. A sheet of paper was pushed my way and I considered running at that point, but then I told myself not to be such a wimp.
The line was, ‘I never suffer from writer’s block, but…’ and here’s my contribution: 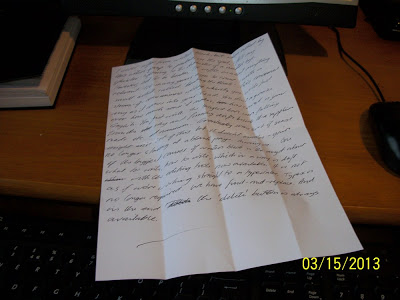 I never suffer from writer’s block but, when asked by this writer’s group to produce, on the spot, I felt my sphincter tightening to the diameter of a needle’s eye. However, not to be beaten, I’ll waffle on about anything relevant. Too many years ago to count I wrote an article called ‘Beating the Block’. This concerned stream-of-consciousness writing, whereby you write just anything as it comes into your head. You don’t agonize over how much sense it makes or how correct is your English. You just write. The tangled bats were falling from the sky and forming drifts beside the sapphire roads etc. Ad nauseum. Eventually some sort of sense might arise out of this but it doesn’t matter – you’re no longer staring at a blank page. Moving on… One of the biggest causes of writer’s block is the angst about what to write and how to write, which in a way is daft with the editing tools now available. It’s not as if we’re working straight to a typewriter. Typex is no longer required. We have find-and-replace and in the end the ‘delete’ button is always available.
This is as it came and certainly, as I just typed it here, I had to resist the urge to edit. I’d perhaps use ‘size of a needle’s eye’, since a needle’s eye isn’t circular. I’d add more about what you ignore when doing a stream-of-consciousness piece and I would have done a longer piece. I would have added more about the fear of getting it wrong being the cause of writer’s block and more about why that’s irrelevant now and, in fact, always has been irrelevant. Editing, even before we began working on computers, included a waste paper bin.
Anyway, this seems a good exercise to try if you have your own writer’s group, and in fact it might be something worth trying by yourself. Ask someone else to provide that line, or maybe even pick it at random from a book, and just write for ten minutes. Maybe those of you over here on the forum – the writer’s workshop – could try something?