Skip to content
I’ve been posting a lot on FB about what I’ve been going through, doing to myself, which is covered in this short piece by one Doctor Temes. Thereafter I’ve put the posts I put on FB because I want a more easily accessible record of this…
“The effects of unresolved grief can be serious and will prevent healing from taking place. Unresolved grief will turn into delayed grief. The absence of mourning symptoms is a warning signal. Denial is an unconscious psychological defense and everyone uses some denial during his or her lifetime. Denial acts like an aspirin, the ache is still there, but you do not experience it. When you use denial, danger is not overwhelming and reality is not painful. You cannot escape from your thoughts or your feelings, however, and they will stay with you until you work them through and release them. The effects of delayed grief can manifest into inappropriate grief reactions years later and it is likely that the person will not know what is happening to them. It is at that time that the delayed mourning process can begin.”
“Some individuals think they must always be strong and in control. Should you fall into this category of personality type, understand that in the grief situation it is actually a sign of strength to express your emotions. It is essential that emotions be released. Should your emotions not be released through words and tears, they will find expression in other ways. Sometimes serious illness can occur when the emotions and fears are not expressed.” 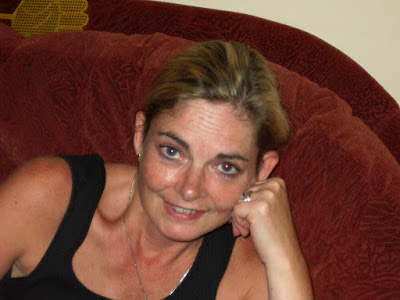 Jan 24th
Right, it’s nearly light enough now so I’m off for a walk shortly as doing that yesterday was the start of me feeling better then. When I get back I’ll pummel my mind with some more photos prior to 2014, and I think I’ll begin writing about all that happened then.
Jan 26th
Fucking hell, who would have thought making yourself feel so bad can make you feel so much better? I have always had a grimace on my face upon hearing phrases like ‘processing your grief’ because it sounds like psychobabble to me. My view has always been suck it up and grow a pair. But I am always prepared to learn and, logically, all my mental problems come from two years ago, and it appears likely that is because I locked it all down – I did not deal with things then.
I’ve been processing my grief. I have been sitting, going through old pictures of Caroline and our life together and trying to remember every detail. It’s little things that get me. Seeing a picture of her face and remembering a small patch of thread veins there. Seeing her sitting in an armchair. On the table beside her is a pot of yogurt and two pills – ginger and turmeric. These are my attempt to DO something, because they’re good for the guts and claimed to be in some way preventative of cancer. Pathetic really in the face of stage four bowel cancer.
I’ve smiled and laughed. I’ve cried and at one point ended up on my knees on the floor doing so. I feel a sad nostalgia, tears still waiting behind my eyes. But what I do not feel is depressed. Also, for now, the anxiety has gone – that tightness in my chest and stomach has gone. My mind seems to be working differently – things are falling into perspective.
On one of my recent posts someone put a little placard ‘Unfuck Yourself’. I won’t say that this is what I am doing because I’ve had too many failures thus far. But certainly something is happening and, as with the meditation, it feels like it might be good.
Later…
Okay, that’s enough fucking catharsis for me today. With the photographs I took a trip down memory lane. It sometimes made me smile, mostly made me cry. Looking at video clips was a killer. Seeing her smiling at me as I took a picture, well… Feeling wrung out from that I turned to writing. No real structure, just stuff as it came to me about her death, circumstances leading up to it and the aftermath. 2400 words thus far. Maybe when I’m done I’ll publish it on Kindle. Maybe it will be too personal. 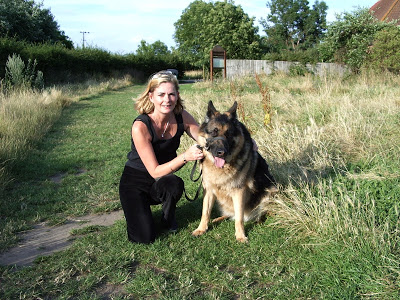 Jan 27th
Okay, it seems that ‘processing your grief’ is an exhausting exercise. I slept for 9 hours last night and right now I feel like I’ve been put through a mangle. But it’s cold and windy today so an hour and a half walking in that should clear out the cobwebs.
Today I will do more of the same. I’ll look at photographs and I’ll write 2,000 words about the lovely subject of watching someone die of bowel cancer. This latter exercise I plan to be my lead-in to getting back to writing fiction, if I don’t fall apart first. I want my fucking life back.
Later…
Another 2,000 words done about what began 2 years and 7 months ago, ended for Caroline 2 years ago, but has continued for me since. I realise that with all the walking, kayaking and swimming since her death, and with other things occurring inside my head, this is something I have been running away from. I’m not any more. I’m exhausted now after another day trying to castrate my mental demons. But, again, I am neither depressed nor anxious. So the demons aren’t fucking me quite so much.
Jan 28th
Definite changes going on in my mind. The looking at photographs and writing about Caroline’s death and its aftermath leaves me exhausted. The last two nights I slept, respectively 9 and 8 hours, which is unusual for me. Last night nightmares woke me at midnight. No images and nothing to relate to, just fear my mind groped around to find reasons for. I was reminded of shortly after she died, when I had nightmares about losing her. I would wake up and dismiss the nightmare because, well, that’s all it was, then a moment later would remember the reality. This morning I have the shakes, as if I downed a bottle of whisky yesterday, but I drank nothing but tea.
I believe all this is having a positive result. Still no depression or anxiety. I feel like shit but I think the positive here is that I am feeling like shit about the RIGHT things. My fucked up emotions are now back where they should be – not repressed or transferred.
I keep posting this stuff here because it is cathartic for me and maybe for others in similar situations. This is also a reflection of me not repressing things. I have had messages from people, including doctors and psychologists, saying I am doing a good thing by posting this. If any of you reading this find it uncomfortable – embarrassing – the answer is simple: don’t read it. Or maybe take a closer look at what might be going on in your head…
Later…
I’m onto week 5 of my 8 week mindfulness course. The new meditation comes after setting yourself up with 2 previous meditations and is called ‘exploring difficulty’. Apparently it is at this point that many give up the course. Anyway, I now know what my ‘difficulty’ is. However, in the meditation I focused on what I previously thought were my difficulties. They had some emotional weight and caused a physical reaction, which is what is explored in this.
Then bam, out of nowhere, an image of Caroline in my mind. The physical reaction was strong. I had a panic attack. It was as if some part of my mind got irritated by my procrastination and delivered a message: ‘Wake up dickhead! This is your problem!’
Message received. 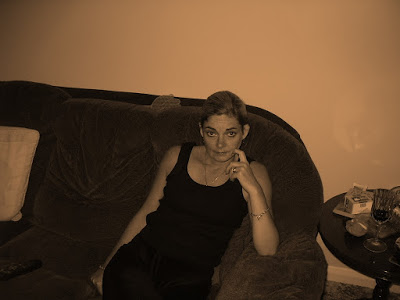 Jan 29th
Again I looked at photos last night and I finally wrote the death scene – Caroline’s death. I had to stop halfway through because I could not see the screen. Thereafter I was in pieces for the rest of the evening. Changes are still ongoing. I am now remembering her outside of looking at photographs. Though I haven’t felt depressed or anxious I have been having panic attacks in the morning, if I stay in bed too long However, when I remember her the attacks go away. This is a sign of … something.
This morning I stood by the kitchen window remembering her going to smoke a cigarette there, while she could still walk, the tartan pattern ‘comfy trousers’ she wore doing nothing to hide her wasted legs. I wonder if she was looking out at the view and saying goodbye to it.
Later…
Guess who I found down at Asda today? It was Neal Asher, cynical and certain and ready to rip someone’s head off. Apparently a phone call in the morning had confirmed everything he had thought was happening to him. Then, some straying from the other end of the line into raiki and spiritual healing, had an amazing supernatural effect, because it resurrected his inner bastard. I hope he sticks around.
And Later…
So anyway, I spoke to a grief counsellor and saw a therapist today who both confirmed my problem: too much loss for which I have not sufficiently grieved. There is no easy out, no way round it, no way to ease it – pills, drugs alcohol or whatever just hamper or stop the process. The way to stop suffering, is to suffer. I guess it can be equated to physiotherapy after breaking a leg or something. If you want this to work, mate, then there’s a process, and it’s gonna hurt. I am overjoyed … no, really, well I will be when I don’t feel so knackered. There have been times this last year when I felt, seriously, like I was going insane. Now I have the answer I have been looking for for months.