Skip to content
My last post on here was about the last straw with my old laptop. Dying its death of a thousand cuts transpired that any time I tried to open something my next move would be to go away and make a cup of tea, or mop the floor, or paint the Forth Bridge. And still I would often return, do something further, and find myself watching the little blue circle of death turning on the screen. In that blog post I spent the best part of a morning trying to load some pictures, and finally gave up. 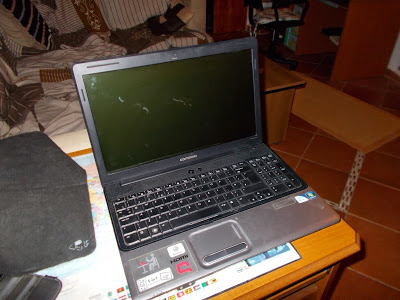 If I hadn’t had an Ipad to hand I might have thought this was all due to a slow internet connection, but no, on the Ipad it doesn’t take a Bank Holiday to open Facebook, and loading pictures takes just a few seconds. Yes, I have no doubt that my brother’s imminent clean-out of the laptop will result in good things but still, retail therapy time and, fuck it, a new laptop is tax deductible. 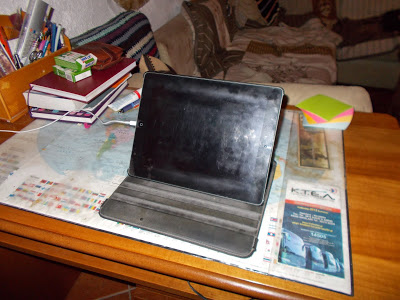 I’ve read many times that Apple computers are just faster, with a better operating system and simply easier to use. This has proved out with the iPad and, while I was moaning about my old laptop, someone on Facebook suggested the Macbook Pro. I took the plunge and my brother brought me one when he came out here on holiday a week ago. 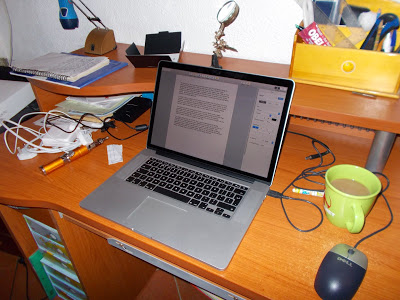 I’m slowly getting used to this new toy. I was worried about not having Microsoft Word, but Pages isn’t much different and is easy to use. It’s not as if I will be doing anything complicated with it — just words and stuff. The operating system is taking a bit of getting used to and it’s asking me things concerning iCloud that I’m clueless about. But oh my, the thing is damned fast, pretty and sleek, and I just know I did the right thing buying it.