Okay, I’ve gone and done it. Runcible Tales is a chapbook collection of 5 short stories that was published ages ago by a small publisher called Piper’s Ash. The only people who’ve read it picked it up before that publisher closed or found it secondhand. I’ve now put it up on Kindle at the lowest price I could and it should be appearing in 70 hours. 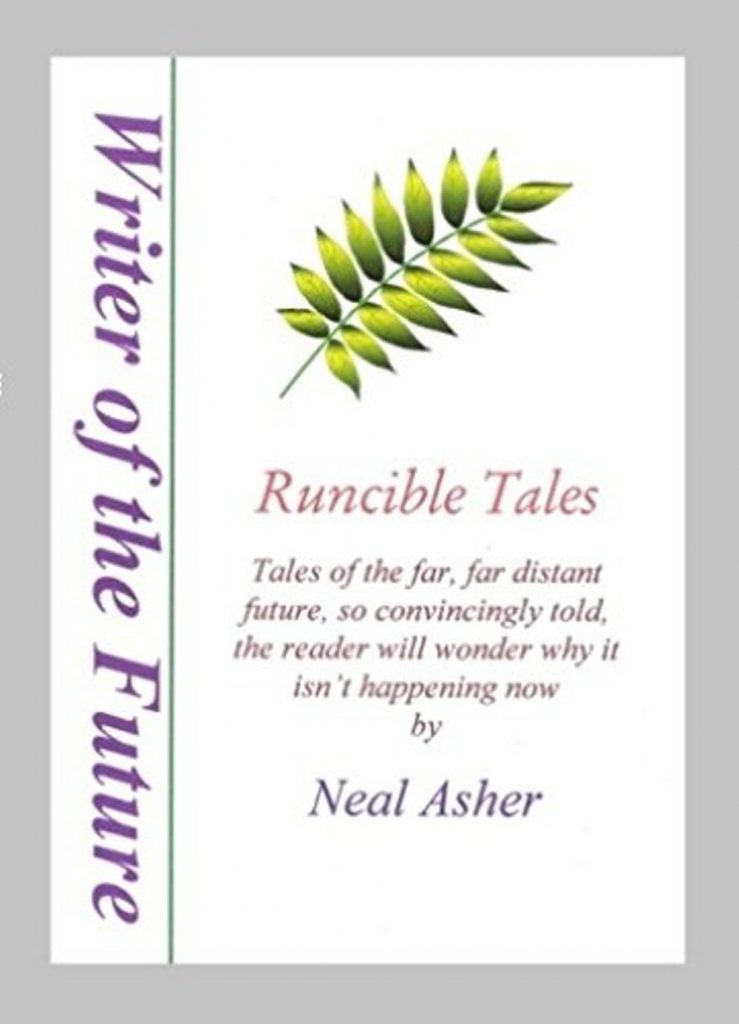 Always with you – Webster engages on a mission to destroy a Prador planet breaker. It helps if you have Horace Blegg on your side, and an internal medic, but are these enough to overcome overwhelming odds?

Blue Holes and Bloody Waters – marine biologist Karl finds that humans haven’t quite adapted enough – or have they? Features the first mention of the retro Anti-Grav cars featured in “Gridlinked” that I have come across

Dragon in the Flower – Ian Cormac’s first encounter with Dragon – this is printed word-for-word in “Gridlinked”, so this should be the Runcible Tale most familiar to Neal Asher readers

Walking John and Bird – John Walker consults Horace Blegg and Dragon with questions concerning his link with Bird, a seemingly invincible entity. Trouble is, especially where Dragon is concerned, he may not like the answers.

This isn’t my earliest collection – The Engineer published by Tanjen has that distinction (now republished as The Engineer Reconditioned by Wildside Press) – but it does contain some of my earliest stories. Here you see the Polity of my books slowly beginning to germinate. The immortal Horace Blegg puts in his enigmatic appearances while Dragon, that giant extra-galactic alien is being equally as enigmatic, people travel by runcible, the prador are out and about in a massive an almost impossible to destroy warship and there other hints of what is to come. I haven’t made many changes from the original – just tidied up some of the grammar and spelling. For example the dropshaft of my books is here called a gravity chute and apparently then I assumed ‘chute’ was ‘shoot’, so I guess I’ve learned something.

Revisiting these stories has been interesting. They were written (I think) before I wrote the stories Spatterjay and Snairls from which the book The Skinner had its genesis. In that book humans are enslaved to the alien prador by dint of being infected by a virus that makes them physically indestructible and then being ‘cored and thralled’ – their brains and part of their spinal column removed to be replaced by a control unit. Here they are PU (Personal Unit) slaves – enslaved by a chunk of technology similar to the augmentations in my books and programmed to think the prador where allies while Polity forces were the rebels. There are other wrinkles here that I’ve lost in the books, like the weapons proscription via runcibles whereby armaments could not be transported from world to world. And the cyborgs … but they’ll be reappearing sometime soon…

I hope you enjoy this little venture into the past of an imagined future!