I had gone off Horizon programs because of how dumbed down they’ve been, how so often they were lacking in content – what content they had often being spread over an hour when, if you cut out all the pointless camera shots, they might have filled twenty minutes – and by the frequent righteous environmental preaching. However, I did record one called ‘Playing God’ (a title that put me off straight away), and enjoyed it immensely.

This was about synthetic biology – essentially genetic modification – and how far advanced it is now. In the program we see the spider goat – a goat that produces a useful spider silk in its milk – and a pre-production plant for making diesel from GM yeast as simply as alcohol is made from the normal kind. The advances are coming at an ever increasing pace what with people being able to do this stuff in home labs. They can buy ‘bricks’ which are chunks of DNA that express certain characteristics, over the Internet, and mix and match them. For example, a bunch of enthusiasts pasted a jellyfish gene into e-coli to make luminescent bacteria – this in the kind of lab any of us could put together in a garden shed.
This is massive; this is a game changer. As the presenter noted this is like Bill Gates putting together a computer in his garage. 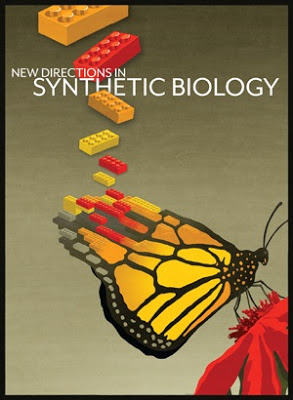 Of course the presenter had to whiffle on about the ethics of it all and whether it should be done. All the objections were based on either the Abrahamic religions or the ones springing from the Church of Environmentalism, and of course the terror of change they like to stir up. However, it is far too late to put this one back in the box.
It has been said (well by me at least) that nothing dates faster than science fiction, and this program brought it home to me. In science fiction there’s a lot of talk about various kinds of singularity. It’s usually related to the creation of AI and is seen as an ‘intellectual event horizon, beyond which the future becomes difficult to understand or predict’. It occurs to me that science fiction itself is facing its own singularity of exactly the same kind. We’ve reached the stage now where between writing a book and it being published, part or all of the content of that book can go out of date. Of course with e-books the gap between writing and publishing can be closed but, in maybe just a little time, we’ll reach the point where even as we speculate or extrapolate we will be going out of date, then the point when we’ll simply be well behind the curve.
There has been (for a very long time) much talk about ‘the death of science fiction’.  Maybe that will occur when the need for sensawunda, which we all look for in SF, is supplied by the news every day, or even in our day-to-day lives. If that happens I’m not sure I’ll be particularly upset about it.