Skip to content
I went back to Harley Street for my second operation on Friday the 13th – not an auspicious day if you believe in that nonsense. This time I took a camera in the hope of getting some shots of the procedure, so be warned if you’re squeamish – the shot of me in a hair net is quite horrible. 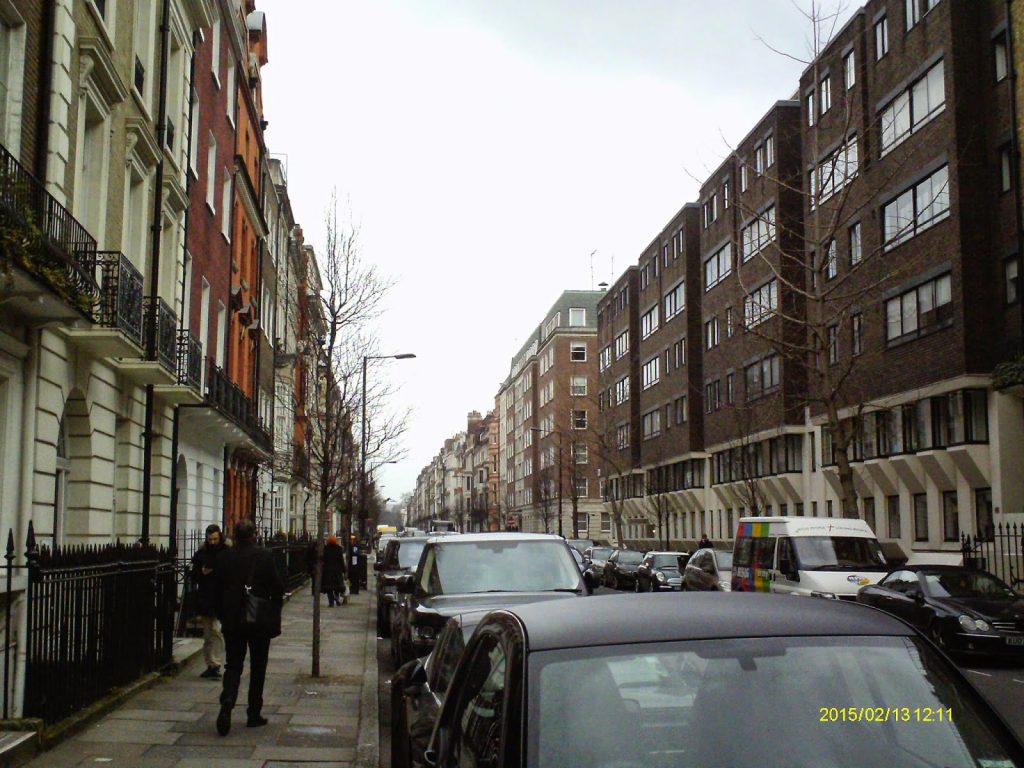 When I arrived there I was still slightly worried about the cloudiness in the eye that had been operated on. I use the word ‘cloudiness’ rather than ‘blur’ because it wasn’t as if I was straining to focus but to see through a dirty glass. After a chat with my surgeon Mr Samer Hamada (a guy whose letters after his name are about twice as long as his name) and his inspection of my eye, I felt reassured. Swelling from the surgery causes astigmatism until it goes down and there are also debris in the eye that take a while to clear. Sometimes these debris stick to the lens but can be quickly cleared at a later date with what’s called a YAG laser – this takes just a few minutes. 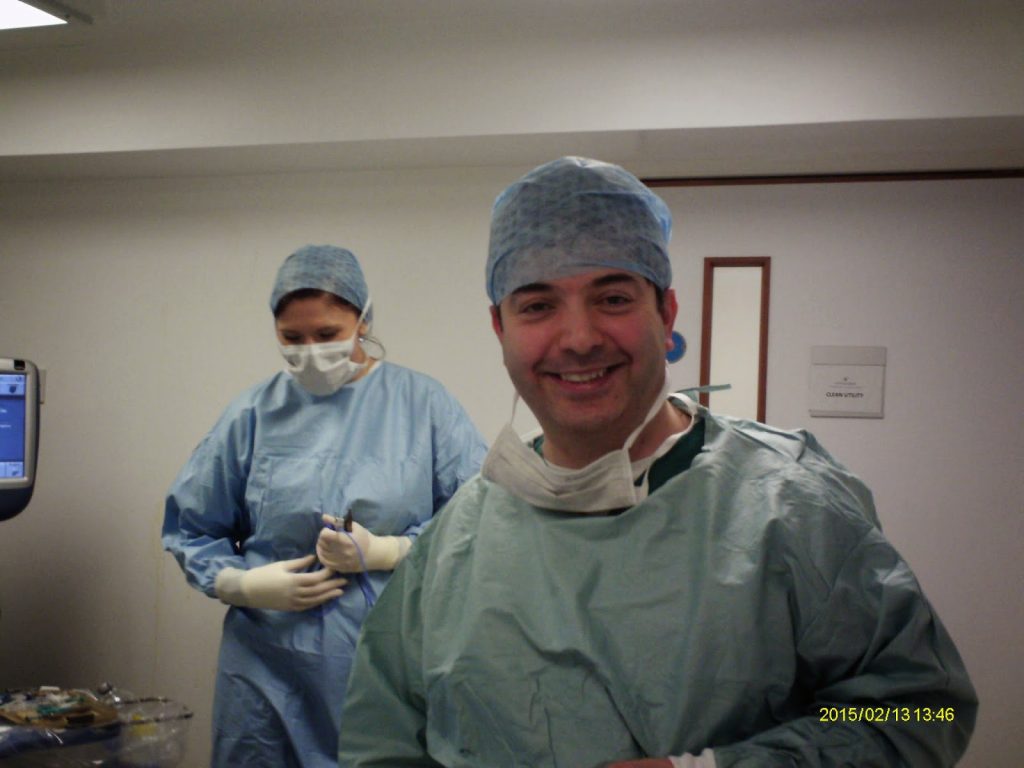 Also noticeable during this consultation was when he checked what I could read on a card. I could read even some of the small print not commonly used. The vision in that eye is improving daily. 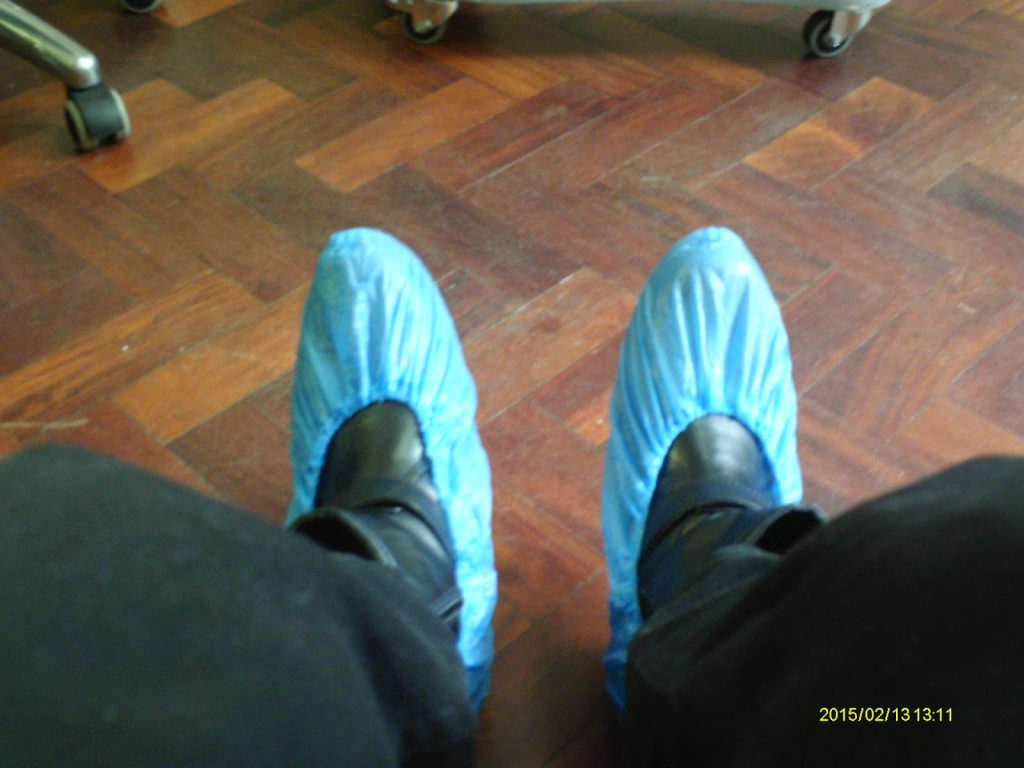 Anyway, after a bit of a wait I had the drops in my second eye then, after a further wait went into surgery. I handed the camera over to one of the nurses and climbed onto the surgical table. Same procedure as before, obviously, though slightly different pains and lots more fluid squirted in. Maybe he was making sure to be rid of as much of the debris as possible. 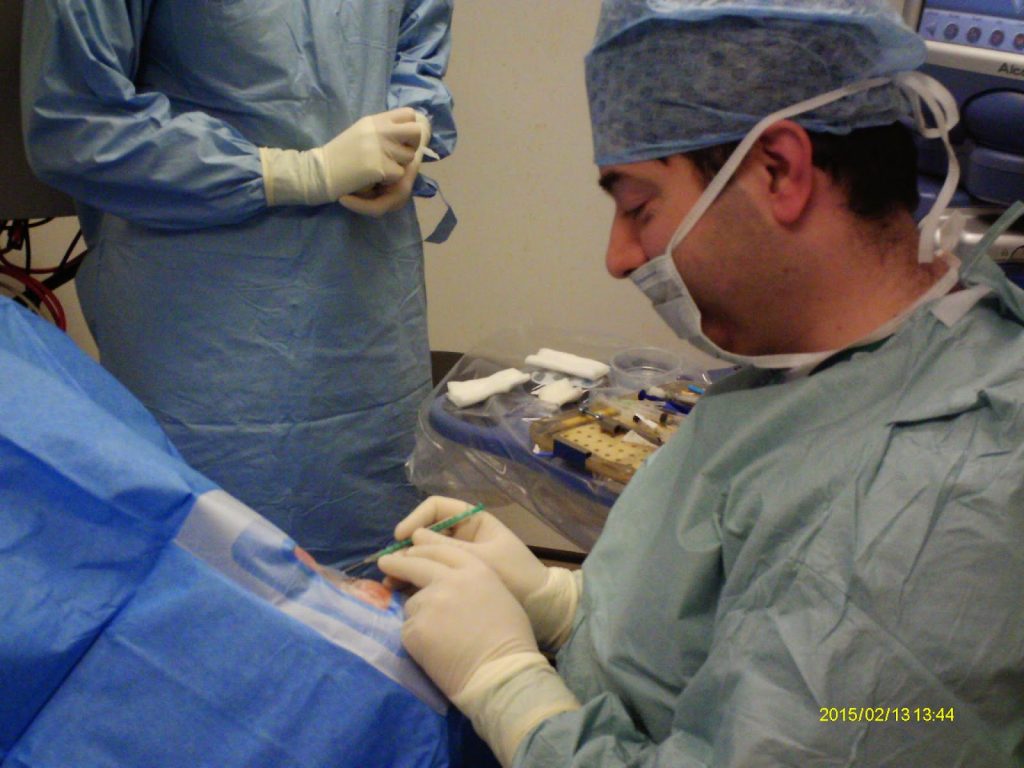 Afterwards my vision had improved noticeably – there certainly didn’t seem to be any of the cloudiness as from the first operation. I went home, put my eye drops in then later found myself even able to read the text on my Ipad without strain. I later went to bed with two eye shields on and looking like a bug. 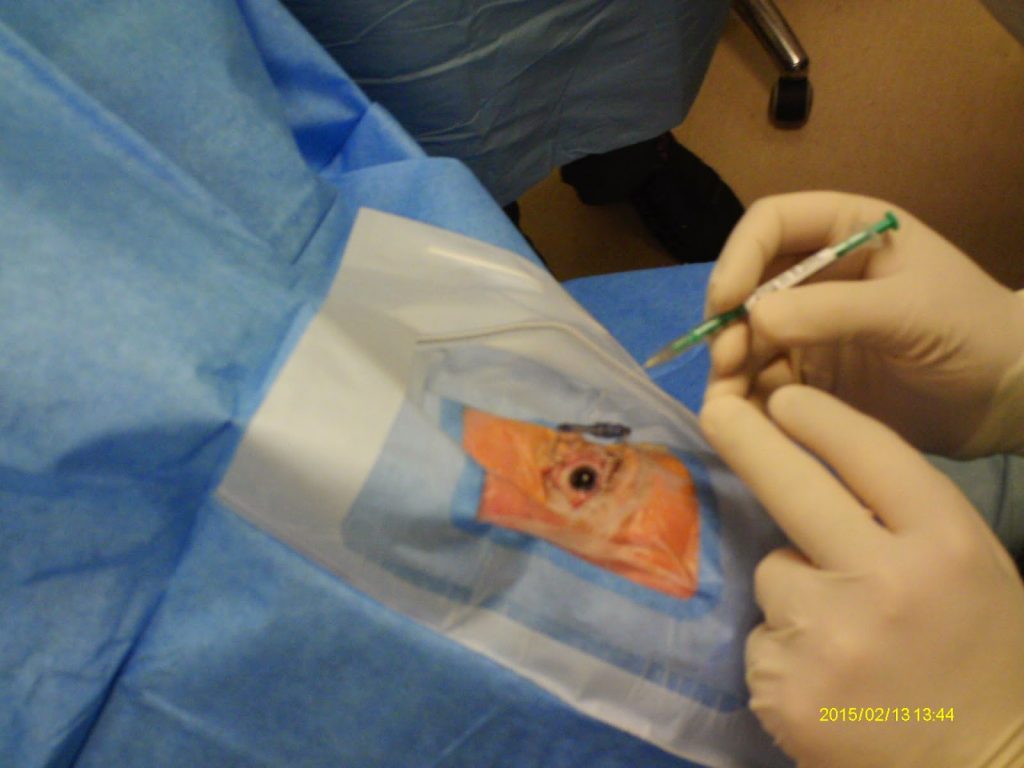 The next day things were a bit blurry but I didn’t let it worry me. I took a train into London yet again for an inspection at the Optimax clinic in Finchley Road. Everything was still looking good. This morning I’ve seen another improvement and suspect that the slight blurriness I now have is due to the scotch I drank last night rather than the surgery. 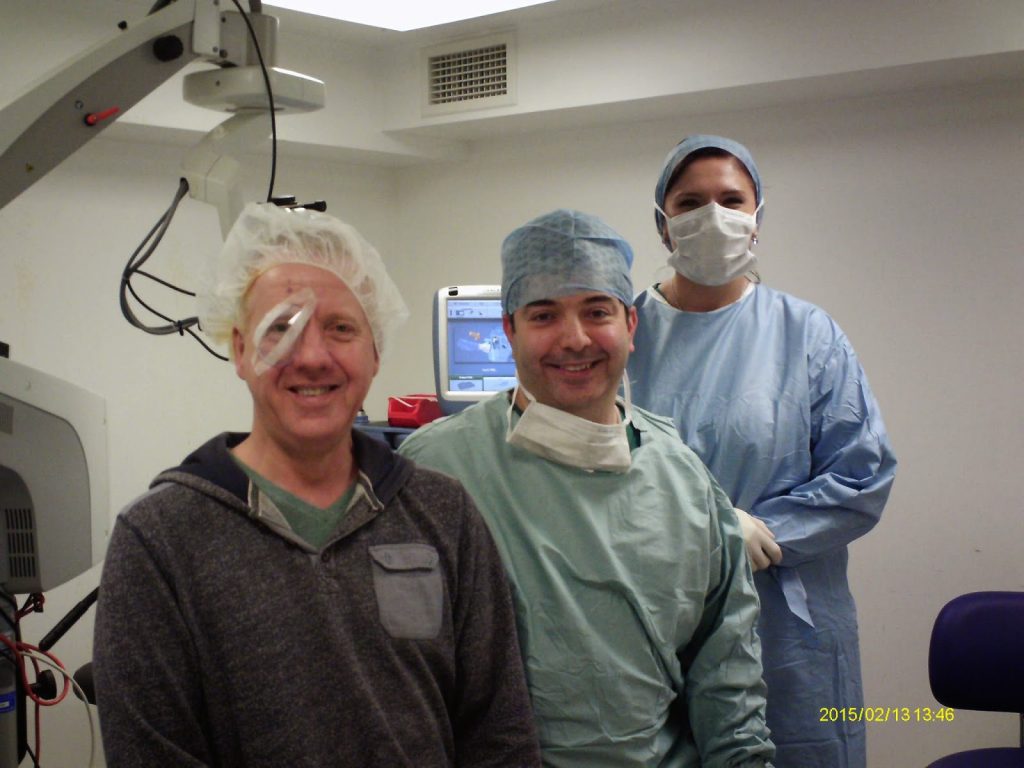 Later I’ll try to find a video animation I watched in the clinic yesterday showing in detail the procedures I’ve undergone. Can’t find it at the moment.