Skip to content
I found some goodies in the post when we got back. Here we have SF Wars edited by Ian Watson and Ian Whates. My story in here, The Rhine’s World Incident, was first published in Subterfuge. 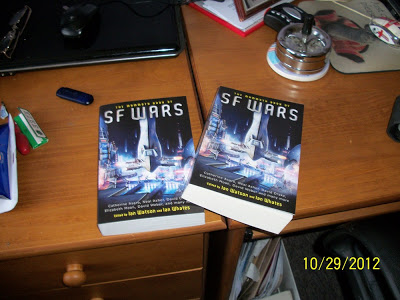