Skip to content
Freezing author poses in a field outside Bradwell Power Station. 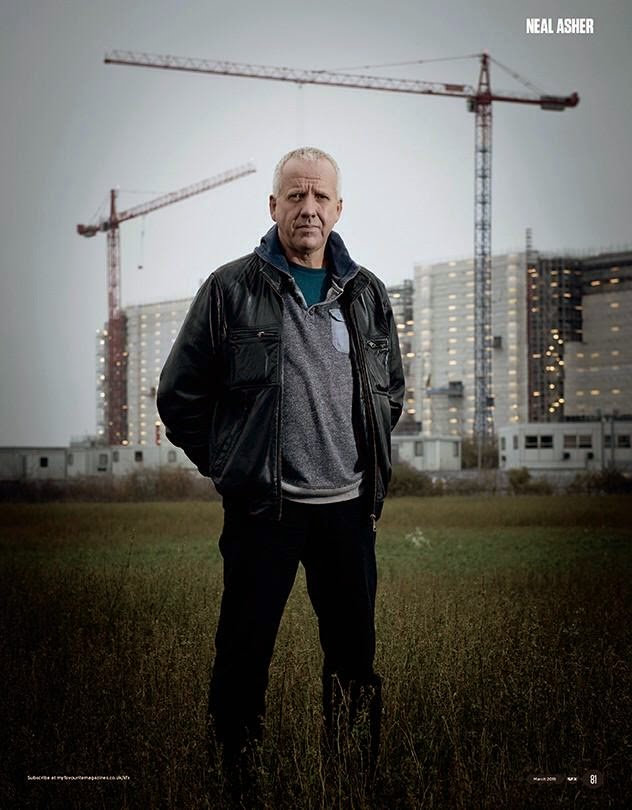 When the photographer Will Ireland turned up at Althorne railway station I thought why not head down to the River Crouch? There’s some nice enough scenery down there that could be used as a backdrop. However I was forgetting that I was not in Crete where car parking is easy, but in England where someone wants money or some busybody complains. We ended up at the power station because, well, what kind of backdrop do you have for an SF writer? After posing in a field for a while I was reminded of that phrase (I think), ‘The most dangerous industry in Britain,’ from The Edge of Darkness when security guards came out to see what we were doing and take down details. Apparently they had decided not to release the dogs. Mr Ireland helpfully suggested that they did, while he sat in my car and took pictures of them chasing and pulling down the author.
This photograph shoot was all to accompany an interview that’s appeared in this month’s issue of SFX. Apparently there’s a not so good review of Dark Intelligence in there too but I’m not particularly bothered about that. Fan opinions are what count and I’ve already seen some reaction prior to this… 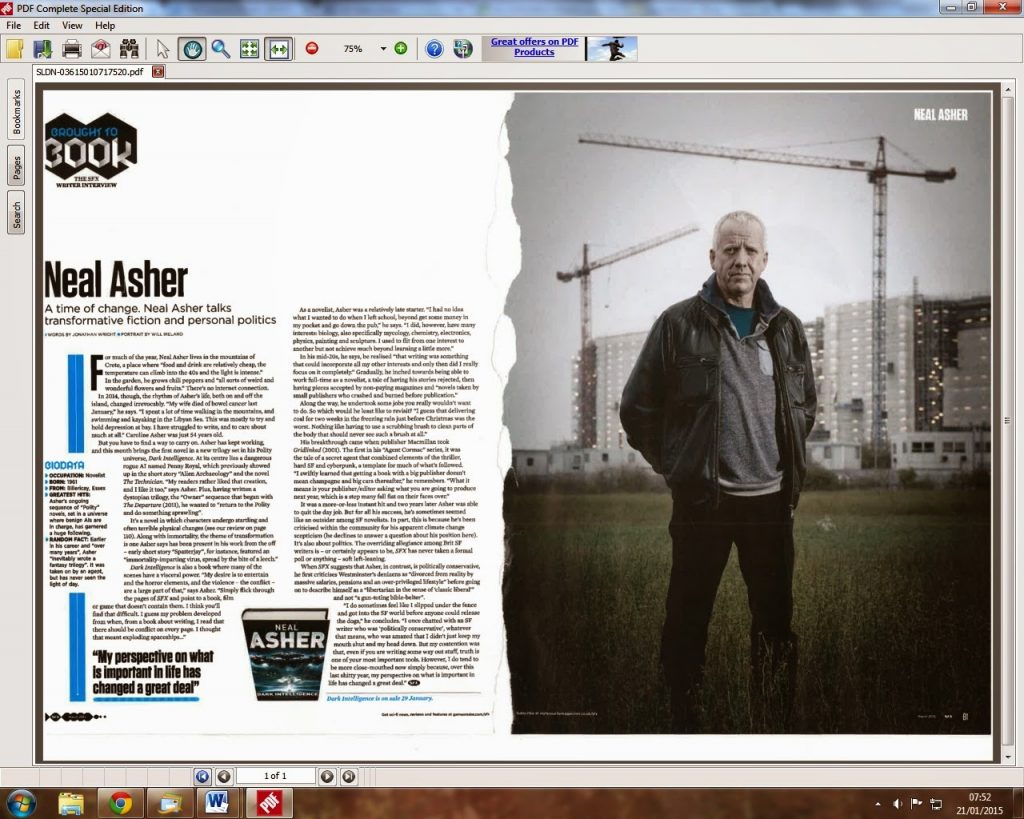 Anyway, since the interview was just sampled I thought it worthwhile publishing the full text here: