Skip to content
A little while ago I read an article about neural dust and when posting it I quipped, ‘Coming to an SF book near you sometime soon’. Well, it seems Laura Lam was well ahead of me on that one! I really enjoyed Shattered Minds (up to a point I’ll get to in a moment). Here we have hackers vs the nasty corporation, mind control, a morally ambivalent heroine and designer drugs, which had me thinking ‘modern day Neuromancer’. The setting is Pacifica after the Upheaval. Pacifica is California and it’s not clear what the Upheaval was – it could be some political upheaval akin to the kind of stuff that is being talked about now with California seceding from the USA, or it could be that the San Andreas Fault split it off from the mainland, or a combination of both. I would have liked to have read more about that. 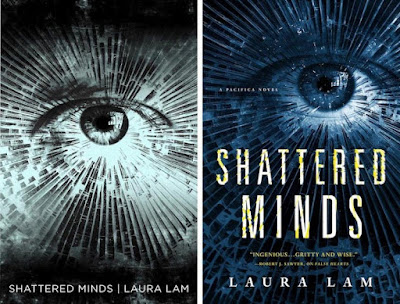 Throughout this book Lam had me ‘suspend disbelief’ so I was okay with floating buildings and hover cars. Of course I was – I love writing about weird way-out tech myself. I was enjoying the book immensely and devouring it. But it’s strange what kills that suspension of disbelief for me. Current science tells us FTL travel is impossible, but I’m okay with it. But what I’m not okay with is a silly mistake about science. When, in a Stephen Donaldson Gap book, a spaceship slowed down upon its drive being cut I tossed it aside. Just a couple of sentences in this book killed it for me. Near the end the heroine uses liquid nitrogen as a weapon. That’s fine, it will cause cold burns and certainly could make body armour frangible. However this liquid nitrogen was a corrosive acid, apparently, and a doctor sprayed on a medication to neutralize the acid. I can only think that liquid nitrogen here has been confused with nitric acid.

Shame, and such a silly easily corrected mistake. However, if you want a taste of a noir cyberpunk thriller along the lines of Neuromancer, and can read past an error like the above, I recommend this. I’ll certainly try more of her books.