Hitting the sack last night to read for a while I did not get to see the 10.00 o’clock news (probably a good idea) but I did hear some mention of a stem cells success. On Twitter this morning I picked up on a story about two people, who were losing their sight, being treated with embryonic stem cells. One of them, a 51-year old graphic artist who was ‘legally blind’ i.e. could read nothing on an eye-chart, and a 78-year old suffering from macular degeneration.

A week after having cells derived from a days-old embryo injected into her eye, the graphic artist could count fingers, and after one month she could read the top five letters on the eye chart. She can see more colour and contrast, has started using her computer, and for the first time in years can read her watch and thread a needle. The macular degeneration patient recently went to the mall for the first time in years. 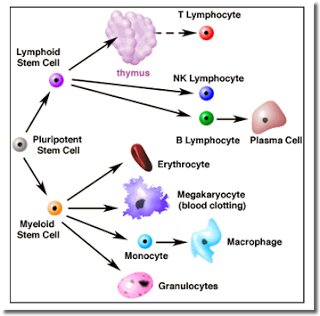 There’s some about the possible dangers of using stem cells in the article, how they can differentiate into the wrong sort of cell. I read a story somewhere (which might be apocryphal) of someone being treated for Alzheimer’s and ending up with bone growing inside their brain. Then there are the moral issues. Being an atheist myself and more inclined to the idea that intelligence is more to be valued than species this is not an issue to me. And isn’t it also the case that adult stem cells can now be used and that ways are already being found to multiply them?

This from 2006:
Researchers of the Whitehead Institute have discovered a way to multiply an adult stem cell 30-fold, an expansion that offers tremendous promise for treatments such as bone marrow transplants and perhaps even gene therapy.

“A 30-fold increase is ten times higher than anyone’s achieved before,” says Lodish, senior author on the paper.

Perhaps any biologists here or those who have read up on the subject can elaborate?