Skip to content
I’m out in Crete now having spent the first three days here weeding and digging over the garden, cleaning the house and sorting out and passing on, either to neighbours or an animal charity, Caroline’s remaining belongings here. It has been hard, again, but I expected that. On day four I took my first walk – a six mile circuit up into the mountains behind my house then back by road. Today’s walk was a mere five miles, but if you consider about one mile of that was roughly on the level while the rest was two miles down a staircase then two miles back up it…
But more on that later. I’m going to catch up here with some pictures from my house in England and how I’ve Sullivanized it. First off here are the ‘frames’, though no actual frame is involved with these Perspex thingies. 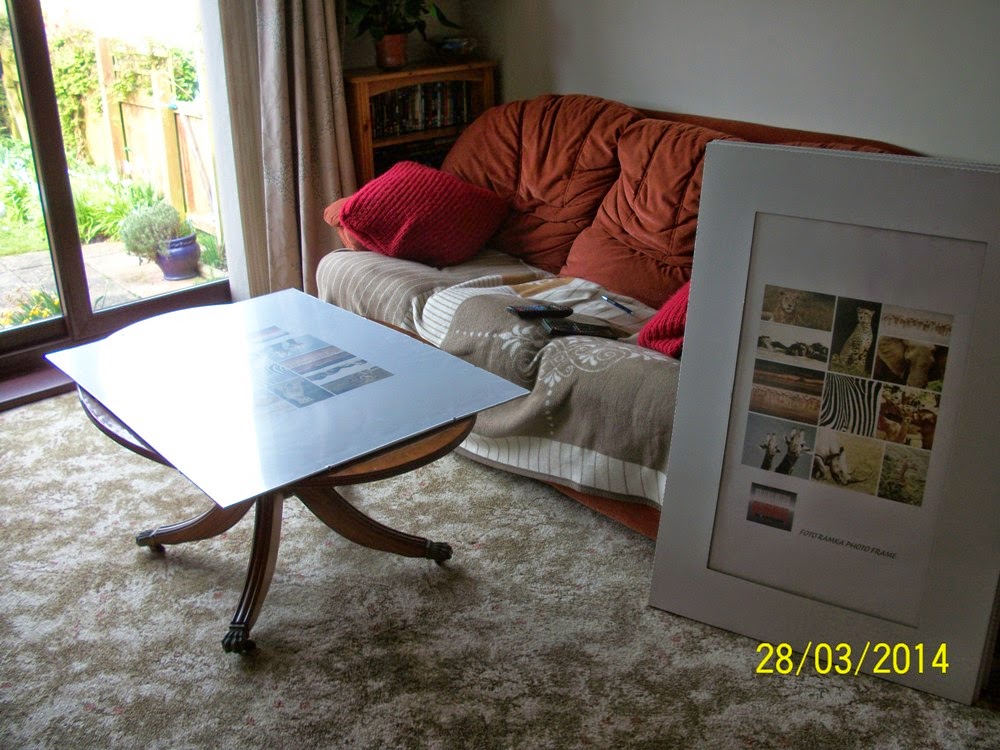 Here are the pictures unpacked from their tube and laid out on the bed to flatten out. 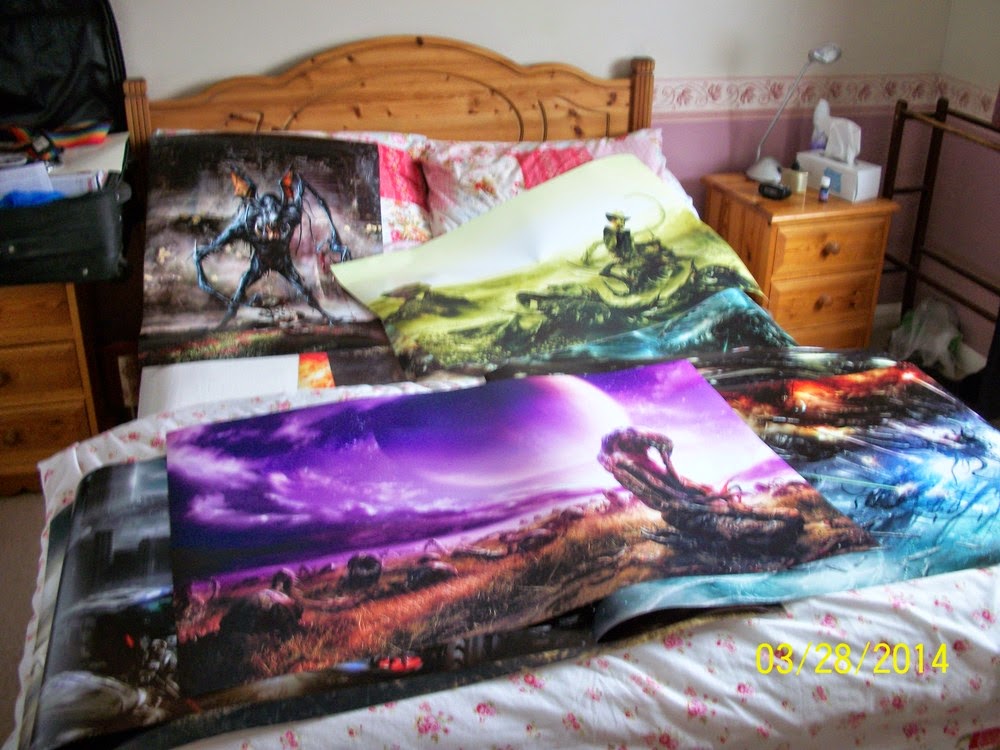 Here they all are now in their frames. 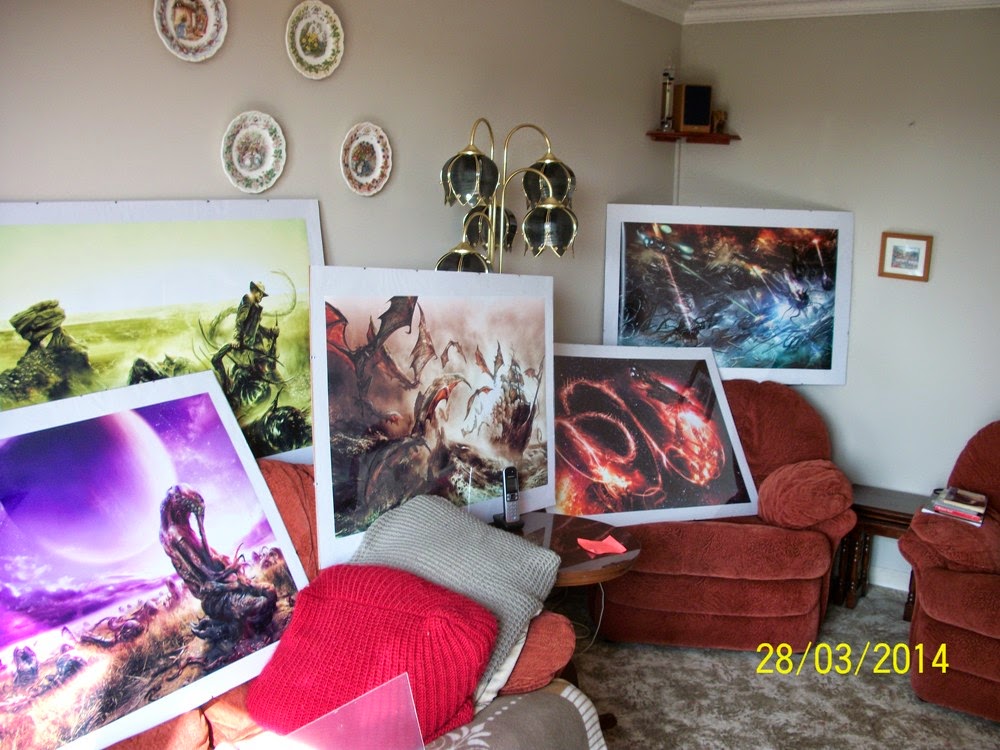 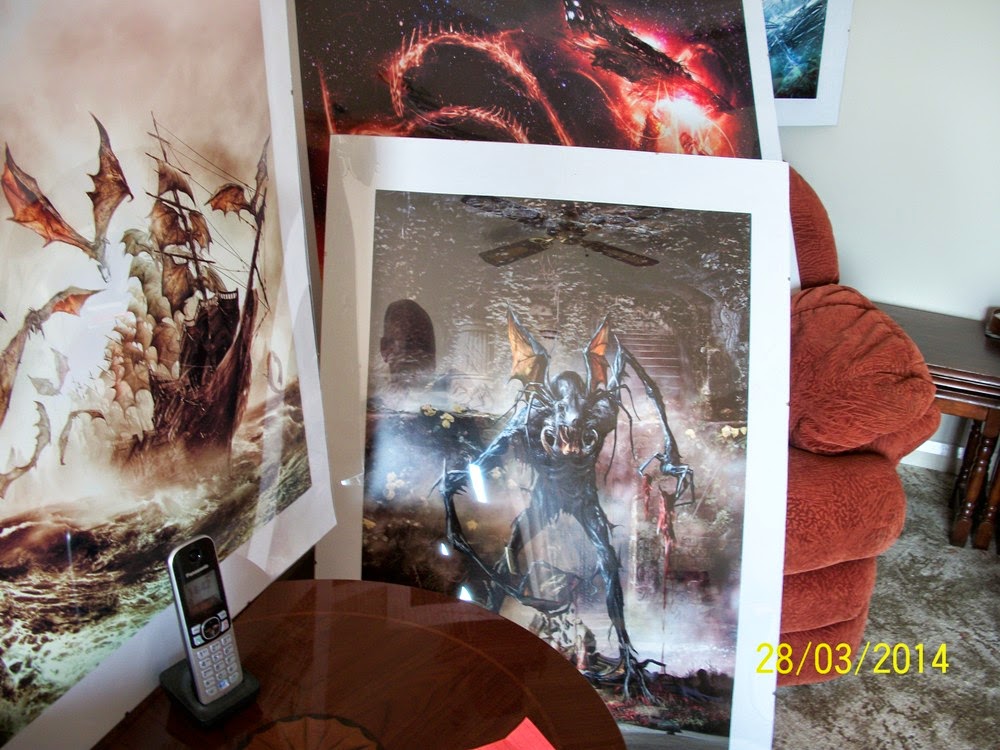 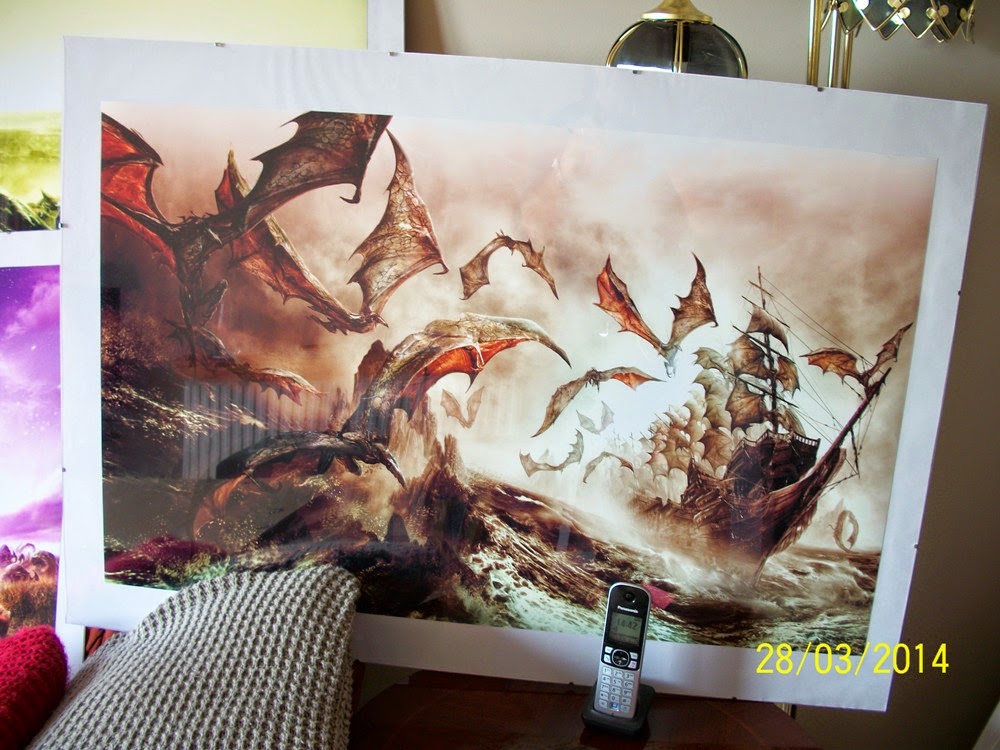 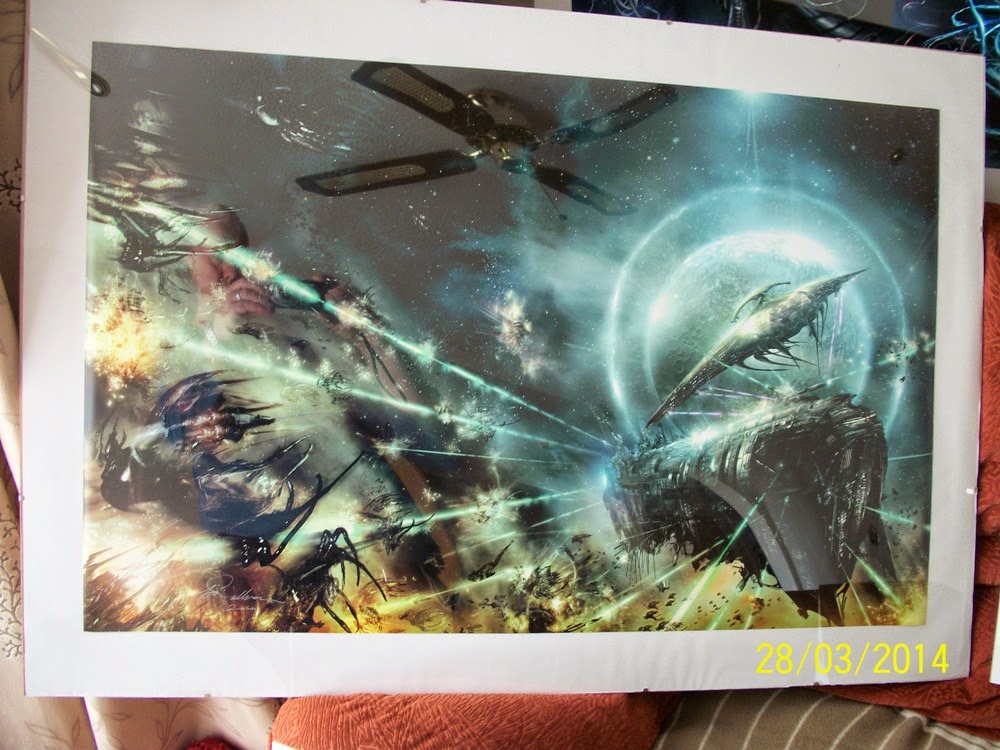 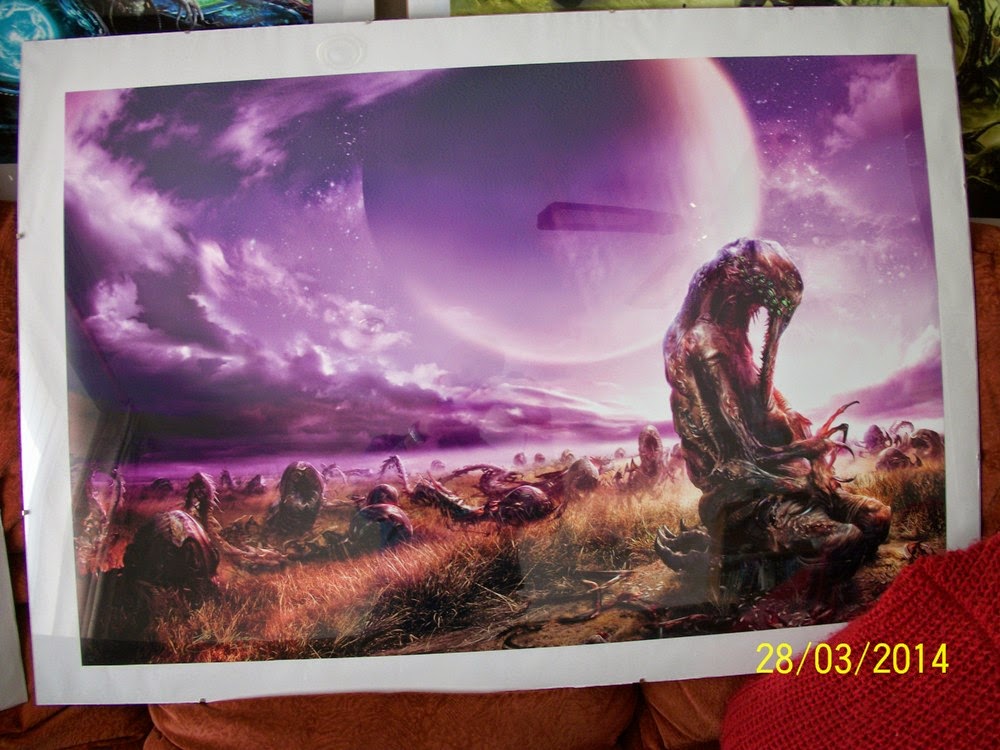 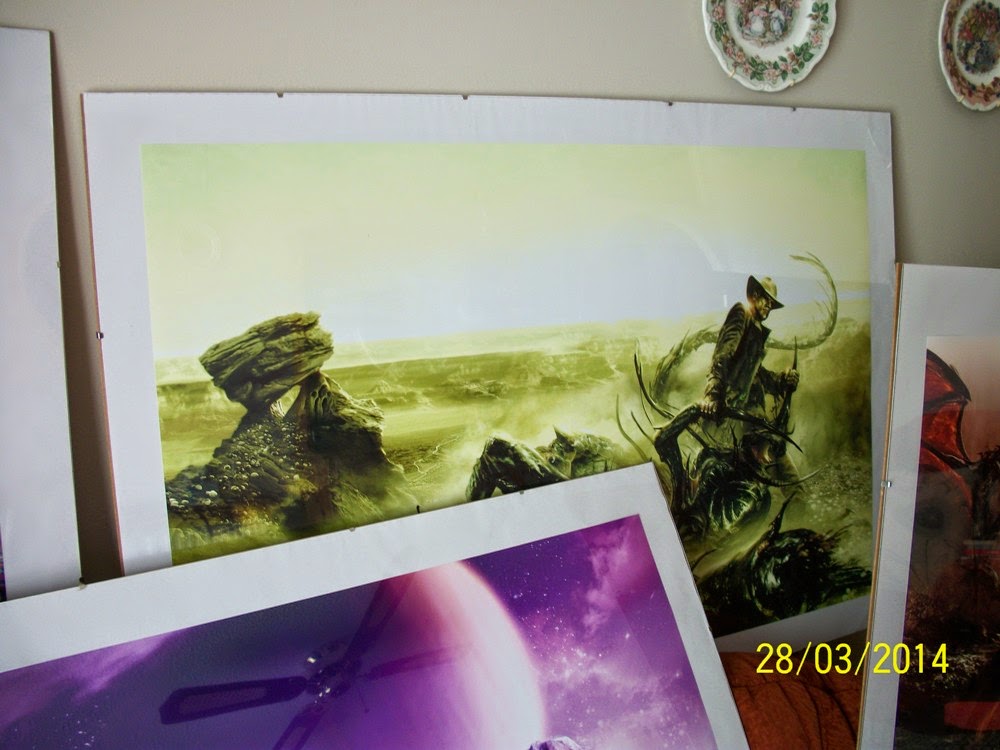 And here they are up. These ones are in my living room. 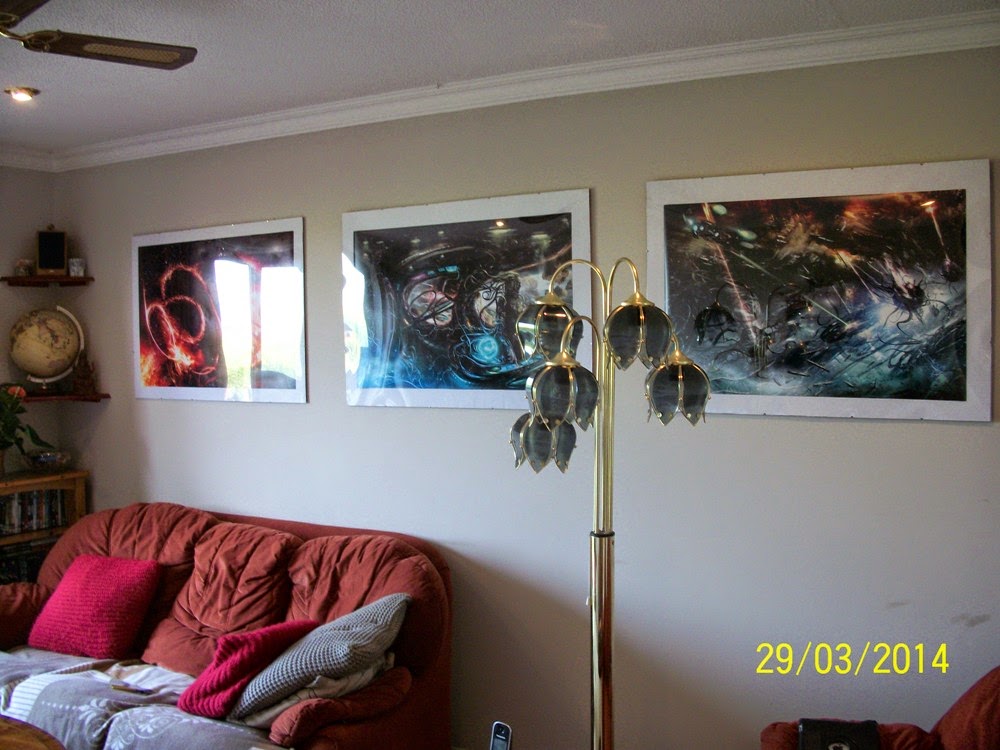 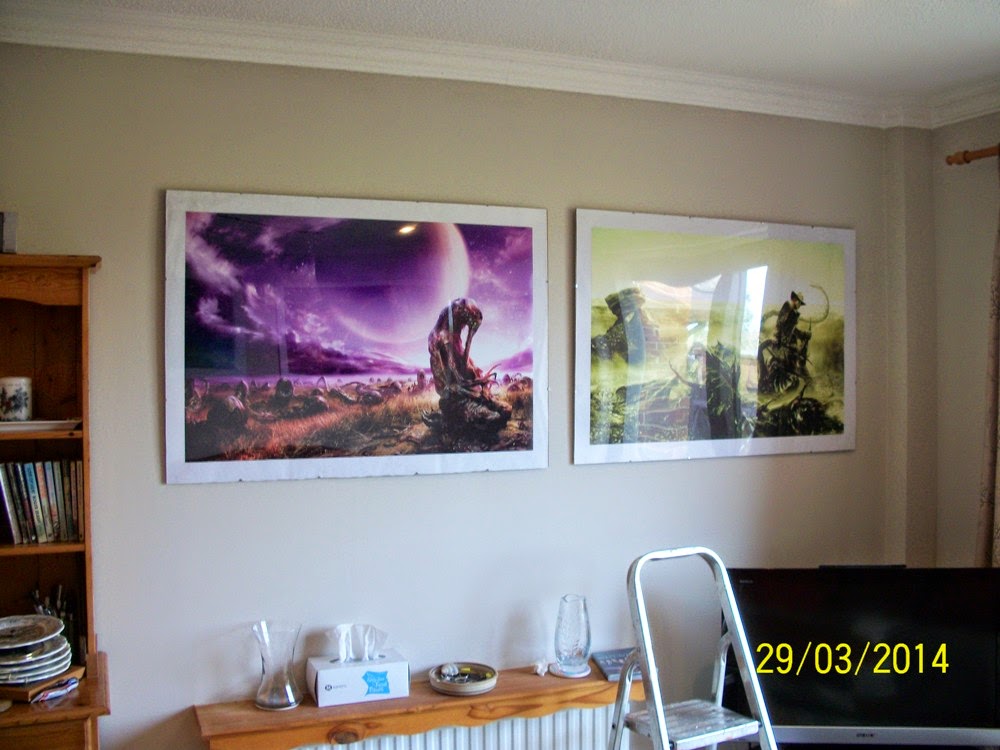 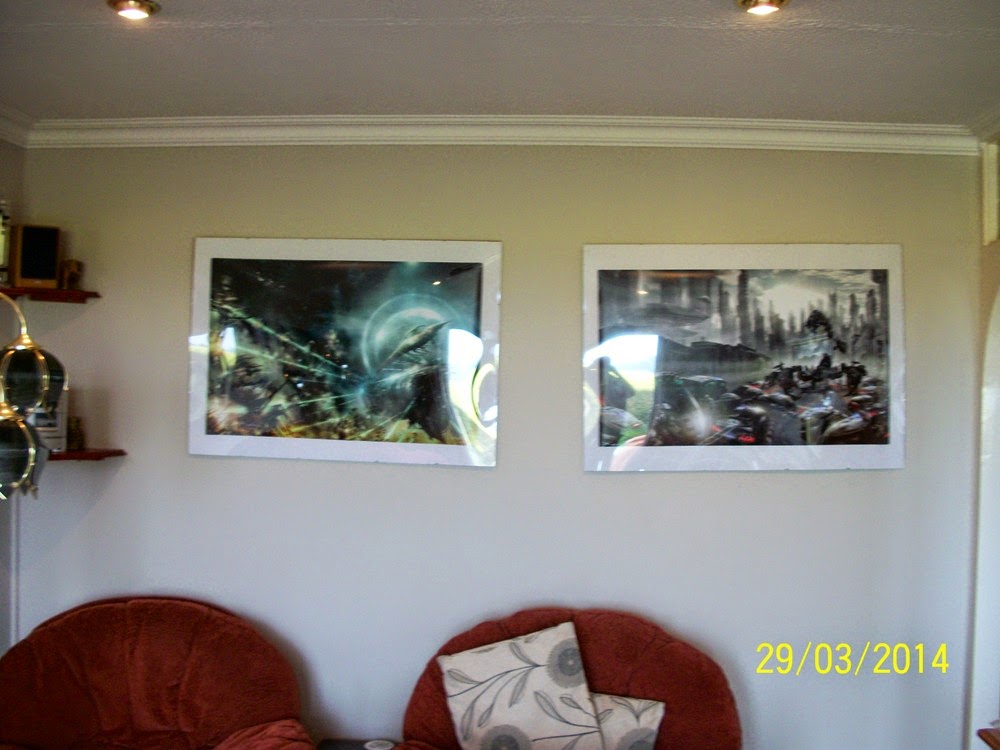 While these ones are in my bedroom. 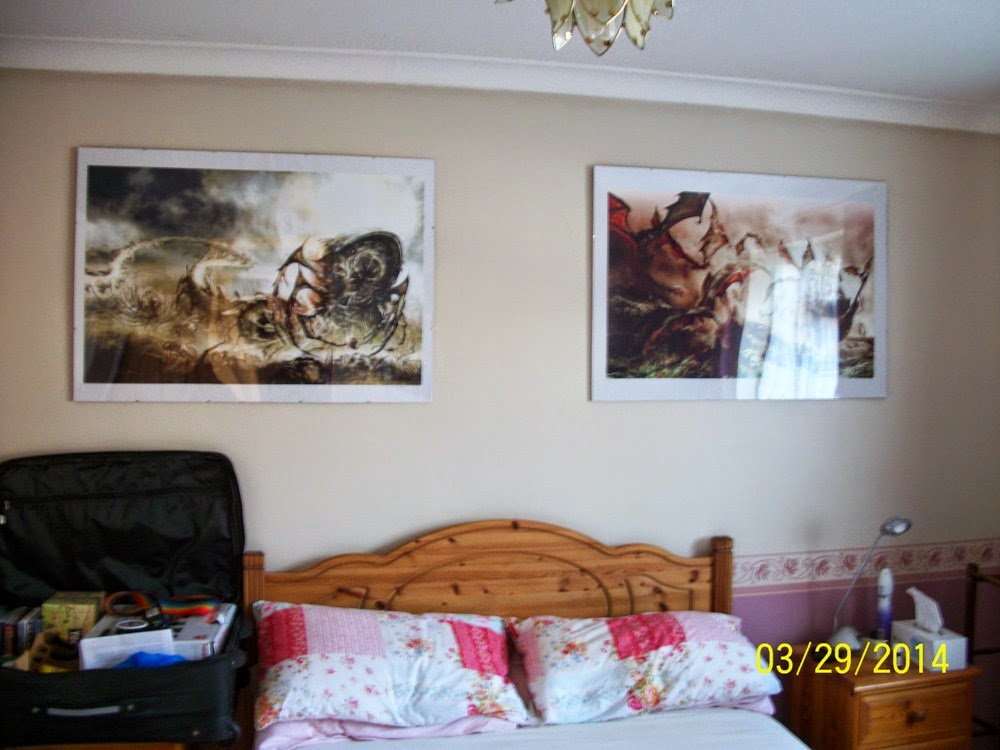 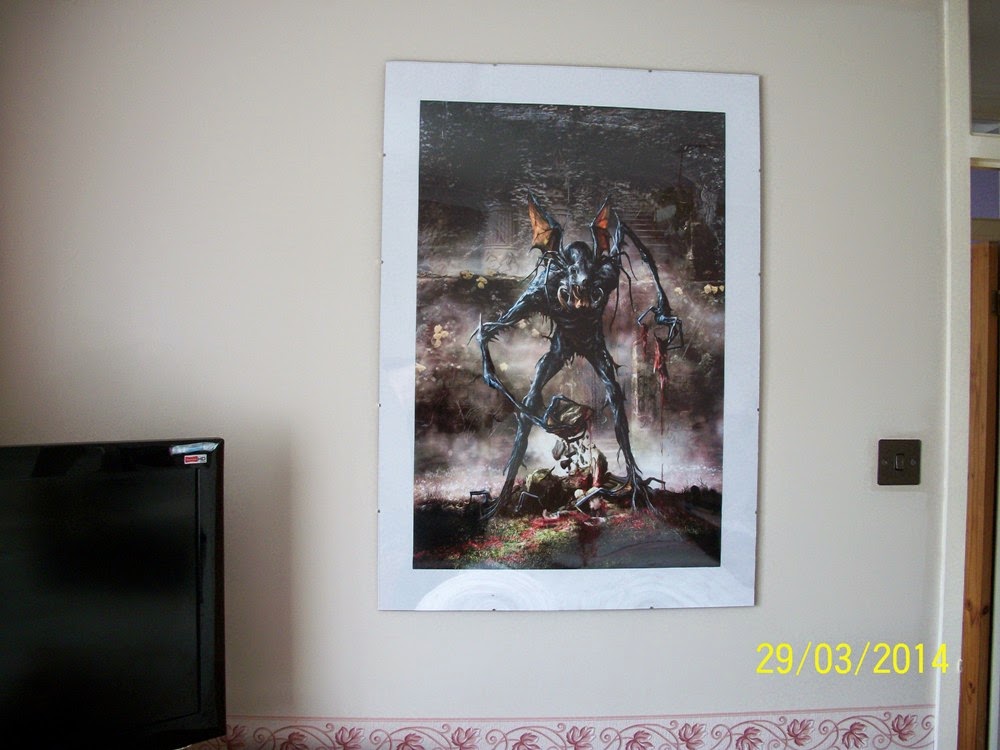 The picture of the Skinner is directly opposite my bed. As I mentioned elsewhere I prefer my monsters to the real kind. Will it give me nightmares? Well, at the moment I find that my main nightmare exists when I wake up and remember that everything that happened from June last year really did happen. Frankly I would prefer the running away from the Skinner variety.