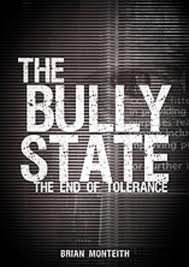 The End of Tolerance

‘Even if I am a minority of one, the truth is still the truth.’ – Mahatma Gandhi.

This is pretty good as it covers the lies and fact twisting used to push through legislation ‘for our own good’. I didn’t, for example, know about the measurable rise in deaths in countries that introduced the seatbelt law – the unintended consequence of people feeling safer so driving faster and closer to the car in front – nor how the statistics in Britain were skewed by the drink drive ban. Nor did I know the story of Fred Hill, who was a WWII dispatch rider, and his protest against being forced to wear a crash helmet – a protest that led to him dying in Pentonville prison. It was also interesting to read about how the IRA killed more people than any Muslim terrorist in this country yet no need was felt for ID cards and all the rest of the autocratic anti-terror legislation. I of course did know about the lies, fact twisting and ‘consultations’ with bought-and-paid-for NGOs used to push through the smoking ban, and how the same methods are being used on alcohol and ‘unhealthy’ foods.

‘The urge to save humanity is almost always a false front for the urge to rule it.’ – Henry Louis Mencken.

This book ventures into the mindset of the people who want to control every aspect of our lives, and points out that though the majority of them are politically correct dicks in the Labour Party, and their useful idiots in local councils, they are by no means unique – the urge in politicians to lecture and admonish and generally treat voters like idiot children is a strong one. To a certain extent it is dated, in that it was published under the Anti-Midas Gordon Brown, and an awful lot has happened since then. However, this does not undermine the central thesis of the Nanny State turning into the Bully State in which advice and nannying to try and change people’s behaviour have turned into fines and prison sentences.

‘The smallest minority on earth is the individual. Those who deny individual rights, cannot claim to be the defenders of minorities’ – Ayn Rand.