Well, the dog I couldn’t fix, but the chair here I could. You have to remember that before I became the big famous author (hollow laugh) I worked in numerous jobs and acquired various skills. I’m also the kind of person who finds something broken and has to try repairing it, hence three restored bikes, loads of mowers (for when I was self-employed and running around cutting grass) and numberless other bits and pieces, including furniture. Also, I once had a job as a skip lorry driver, so that gave me access to all sorts of junk to play with. 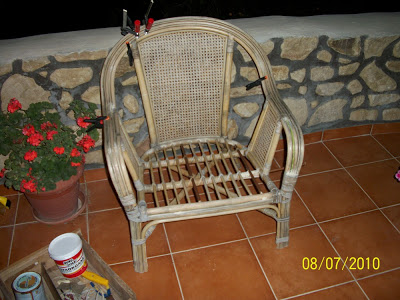 This chair had been thrown into one of the roadside dumps up here in the mountains – where rubbish is heaped then basically dozered off a cliff (recycling here means getting on your bike again, if you have one). It is precisely the sort of chair we wanted for our terrace here but found to be ridiculously overpriced. I pulled over, took one look at it and decided to have it. This then entailed my three passengers cramming in the back since the only place it would fit was the front passenger seat. Then I drove home with only the three available gears since the edge of the chair was in the way of the gear stick. 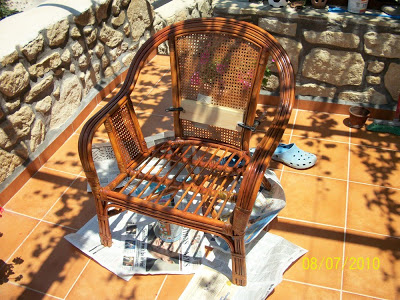 Lots of the trim was coming off, but that was just a case of wood glue and clamps. The bottom was broken out, two of the front to back struts snapped and the thick piece of bamboo running crosswise snapped away at one end and all the binding missing. First I replaced those struts, using lengths of a wooden curtain rail I had here – for one of them I necessarily had to drill a hole in through the front to get it in place. I then drilled in through the side to fit a dowel down the centre of the the bamboo (you can see the dowel protruding in the first picture). The next day I replaced all the missing binding. I used lengths of broom (the plant, not the thing you sweep up with, first flattened between thumb and the shaft of a screwdriver, then wrapped round with wood glue and clamped into place. Stain and then varnish followed, then the cushion you see bought from a local supermarket for 10 Euros. I’m very happy with it and it is very comfortable. I just need the previous owner of this chair to dump three more of them! 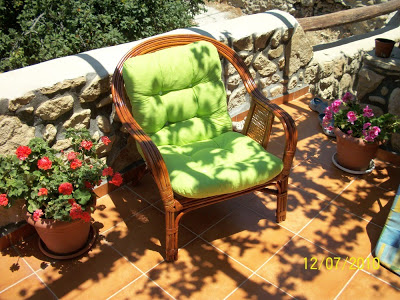 Not much writing being done here at the moment. Caroline’s parents are staying with us, building work has recommenced, Mikalis having returned from Germany and announcing that he’s now getting divorced from his wife of twenty years (there’s much more to her visit to hospital I mentioned previously, like, a hundred anti-depressants), and I still want to kill the neighbour’s child (who we don’t see because he’s in hiding).

Here’s some more pictures from our garden. If any of you know the names of these succulents then please let me know. 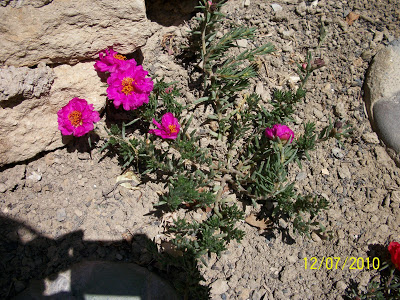 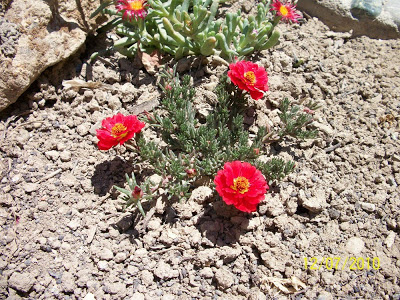 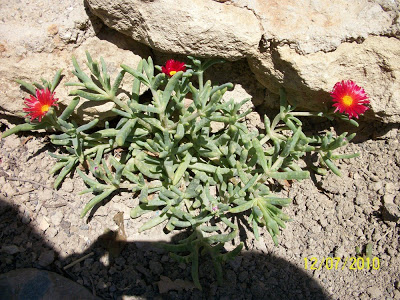 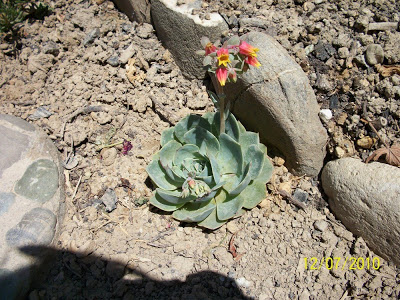