After a long hiatus I’m back to reading and enjoying (sometimes) books. And really, rather than occasionally mentioning them on FB, I should start putting some reviews here.

People debate about what exactly a good book is. For me it’s did it engage me, interest me, did I care about the characters, did it satisfy me and simply, did I find it enjoyable. When I picked up The Collapsing Empire by John Scalzi I already had a good idea how it was going to go, since I haven’t read a bad book from him. So it was again with this book. It’s the kind you sit down and read in the early evening, then find yourself halfway through before bedtime. It’s about as difficult as eating chocolate mousse –  it just glides down. 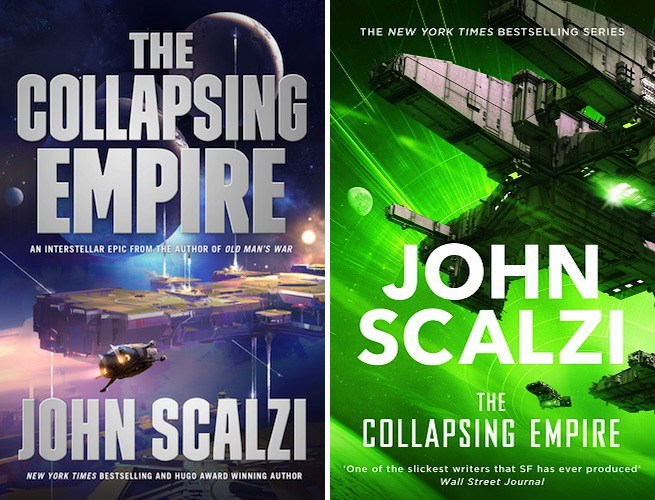 In the far future, humanity has left Earth to create a glorious empire. Now this interstellar network of worlds faces disaster – but can three individuals save their people?

The empire’s outposts are utterly dependent on each other for resources, a safeguard against war, and a way its rulers can exert control. This relies on extra-dimensional pathways between the stars, connecting worlds. But ‘The Flow’ is changing course, which could plunge every colony into fatal isolation.

A scientist will risk his life to inform the empire’s ruler. A scion of a Merchant House stumbles upon conspirators seeking power. And the new Empress of the Interdependency must battle lies, rebellion and treason. Yet as they work to save a civilization on the brink of collapse, others have very different plans

Update: And he has to be congratulated for getting ‘cockwomble’ into a book.

3 thoughts on “The Collapsing Empire by John Scalzi”