Skip to content
This one is for American readers only I think. A ‘holiday’ gift perhaps? 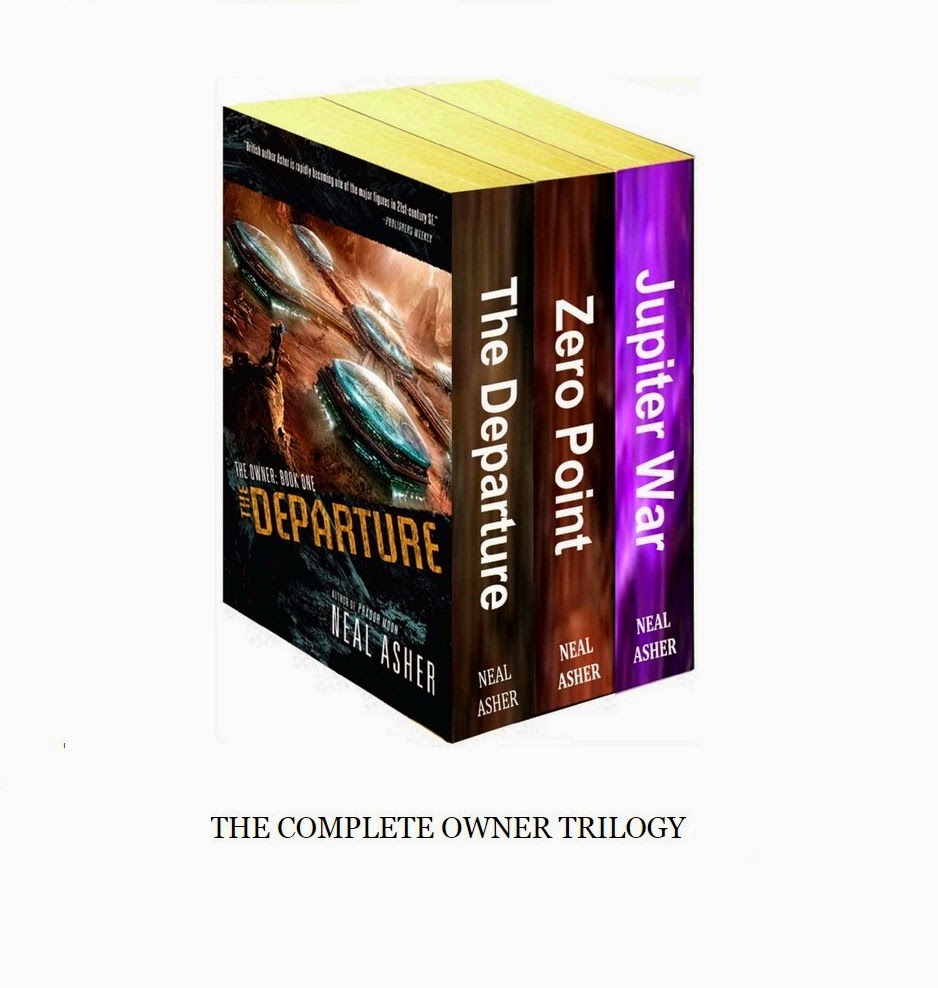 The Complete Owner Trilogy by Neal Asher, including The Departure, Zero Point, and Jupiter War. The Departure: Visible in the night sky the Argus Station, its twin smelting plants like glowing eyes, looks down on nightmare Earth. From Argus the Committee keep an oppressive control: citizens are watched by cams systems and political officers, it’s a world inhabited by shepherds, reader guns, razor birds and the brutal Inspectorate with its white tiled cells and pain inducers. Soon the Committee will have the power to edit human minds, but not yet, twelve billion human being need to die before Earth can be stabilized, but by turning large portions of Earth into concentration camps this is achievable, especially when the Argus satellite laser network comes fully online . . . This is the world Alan Saul wakes to in his crate on the conveyor to the Calais incinerator. How he got there he does not know, but he does remember the pain and the face of his interrogator. Informed by Janus, through the hardware implanted in his skull, about the world as it is now Saul is determined to destroy it, just as soon as he has found out who he was, and killed his interrogator . . .