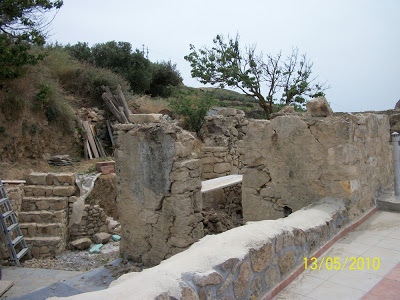 The first work I was aiming to have done was to raise the height of the windows and door, put in another window, raise the height of all the walls, and seal the underground portion of wall at the back. The next job, which I thought would be silly money, was the roof. This would require new roof beams, a wooden ceiling, a fenizol layer (waterproof foam insulation), nylon and then a layer of reinforced concrete. The prices I got for both of these jobs were very good, so I told Mikalis to go ahead with them. He asked me when so I told him to get to work as soon as he wanted. He also did not require any money up front, and subsequently he, and two workers, turned up not the following day but the day after. The photographs here (dated) show the results thus far. 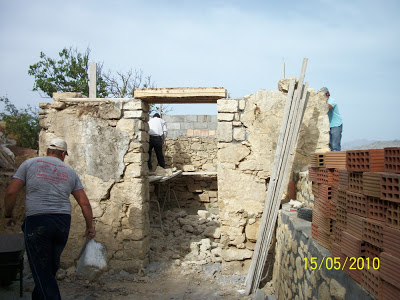 At this point I have to make it clear how good, how unusual this is. We spent the first two years here forever waiting for the Greek worker who never arrived. We’ve been ripped off on price, which both Greek and Albanian builders do a lot of here because, well, if you’re British the assumption is that you’re probably a millionaire. We’ve also heard nightmare stories about what some people have paid and, really, the builders often get away with it because the various ex-pats here are accustomed to British, German and Dutch building prices. 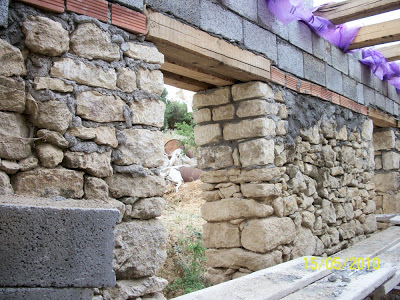 However, there are new circumstances to take into account. Greece is seriously in debt and the recent 95 billion loan the country received has come with some stringent conditions. The problem is exacerbated by Pasok having won the election last year. The Pasok government’s solution to a cash flow problem, like socialists across the world, is to tighten the screw on the rapidly diminishing number of those who earn the stuff. The result of course being that even less cash tends to flow. 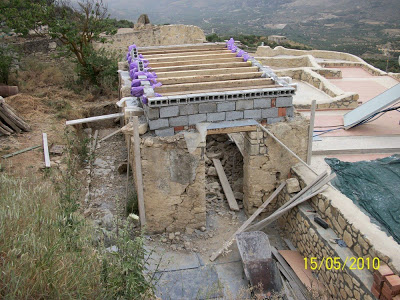 Mikalis hasn’t worked in four months because, due to the taxes being imposed, people here are tightening their belts and putting off that roof repair or extension that seemed so essential a few years back. In Sitia, the largest town at this end of the island, only two building jobs are in progress. Here’s an example of one of the taxes: unleaded petrol is now 1.60 Euros a litre. Great way to generate wealth, don’t you think? Is it any wonder to learn, as I did in another conversation with Mikalis, that something like 80% of Sitia’s population is on some form of anti-depressant? 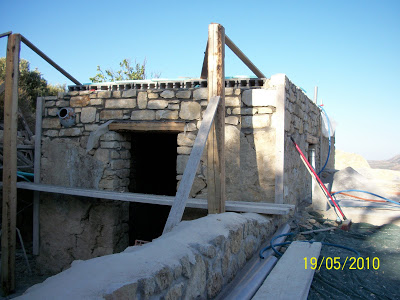 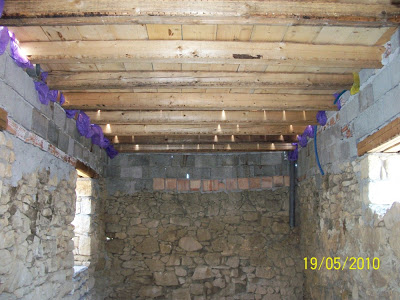