Skip to content
Here below is the my last week of posts on FB concerning ‘processing grief’. A couple of people have mentioned that it comes in waves and they are quite right, but to a limited extent. On a good day I feel it building up inside me and, as I noted in the posts below, my body tells me when it is time to go look at photos and bawl. On other days the slightest set-back, upset, or reminder can set it off. While something positive, and it doesn’t have to be much – an enjoyable conversation, getting some job done, a walk – can stave it off. The waves are there, certainly, but when they hit also involves a degree of emotional fragility. 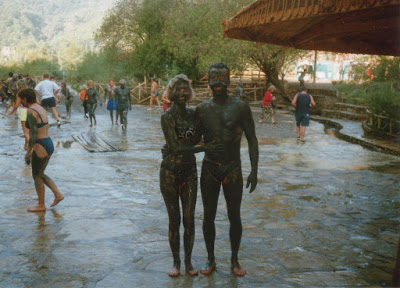 Feb 3rd
Right, I’ll try again. Elisabeth Kubler-Ross wrote a book about the terminally ill. In this she suggested that they go through five stages of ‘grief’ after being told they will die: denial, anger, bargaining, depression and then acceptance. She later wished people would not take these stages so literally. They were later applied generally by some to all forms of grief. My own experience, the experience of others, and what I have heard from bereavement counsellors and therapists, is that they are a nonsense. Yes, you may experience some of these, but mixed together, in no particular order, and not really in stages. A lot you may not experience. My wife died, where does bargaining come into that? No real anger either. I can’t really be angry at cancer since it is just a thing, one might just as well shout at the wind. Denial, no, not really. She was undeniably dead. I ran away from the pain. I didn’t deny it. And yeah I got depression because I did not grieve sufficiently. Still hoping for acceptance.
Feb 5th
Mm, getting annoyed now – I must be getting better. I just sent emails to those involved in my purchase of a place in Hastings. If I don’t see some action, soon, I’m dropping out. I mean, by the end of this month it will be over three months since I stuck in an offer. All that’s appeared is a draft contract. I have the money, the place is empty, so how fucking difficult can it be? Someone, somewhere needs a kick up the arse.
Feb 7th
Week 5 of my mindfulness course. For reasons that are obvious to those who have read my previous posts here, I’ve been struggling a bit and missed out a lot of the meditations. Now I’m back on track. I’ve had my doubts about the acceptance and do nothing mental attitude of all this, but my opinion is changing.
The previous 4 weeks just involved getting to grips with meditation itself. ‘Exploring difficulty’ in week 5 is a step up, and often where people fail. In this meditation you do allow ‘difficulties’ come up on the ‘workbench’ of the mind and just let them be there, accept them. You don’t try to solve them, you turn your focus towards their physical effects inside you. Why? Because this short-circuits the downward spiral into negative thinking.
The whole ethos is to become a dispassionate observer of your own mind. You don’t suppress things or push them away. My first instincts were to do that but, as I have learned with this ‘delayed grief’, suppressing stuff only allows it to fester and come out in some other way, and often a worse way.
Later…
Time to get moving…
“Mentally tough artists, writers, and employees deliver on a more consistent basis than most. They work on a schedule, not just when they feel motivated. They approach their work like a pro, not an amateur. They do the most important thing first and don’t shirk responsibilities.”
Feb 8th
Ah, the ups an downs of ‘processing grief’. Yesterday I went out for a meal with Caroline’s parents. I was okay for a while then could feel the fist growing inside me. I did not like lots of people around. On the drive back it hit me seeing a small garden area we used to walk around. I managed a cup of tea at the in-laws house, got back here, determinedly started looking at photographs and fell apart. Then in the evening I came up again and even did some weight training. This is good, thought I.
I went to bed but then woke with nightmares and anxiety at 2.30. An hour and a half later I managed to sleep again but woke to anxiety and panic. I walked to try and quell that but it didn’t really work. The rest of the day has been misery. This is processing grief – no one said it would be easy. Sometime in the future things will improve, apparently. It does not feel that way now, though I accept it intellectually.
Later…
What a life it is when a period of feeling calm and just okay feels almost euphoric. If anything that’ll give you a mindful appreciation of the ‘now’. Good grief how much time and energy anxiety and misery wastes.
Feb 10th
Nope, I decided to give up on buying that place in Hastings. It was an extra stressor I really did not need. So today I’ve been unpacking all those boxes I packed a couple of weeks ago. On the bright side this did make me decorate the house and bin accumulations of crap.
As I was doing this I told myself I would look at the photos of Caroline when I had dealt with X number of boxes. It didn’t work out that way because my body told me when. Was it the framed pictures of us together that initiated it? No, it was a ‘Titanic’ fridge magnet bought from an exhibition we went to. She liked the story, had a thing about big ship disasters, liked the story of the Hood and the Bismark too. Strange sometimes are the keys to memory.