I read the Twilight series and I enjoyed it. Even though there are those reading those words who will sneer, I write them because long ago I decided I would not go the route of the literary snob or the pretentious twits who choose to associate themselves with books and films they feel enhance their literary cred. I chose to be honest about my likes and dislikes. I don’t like lies. 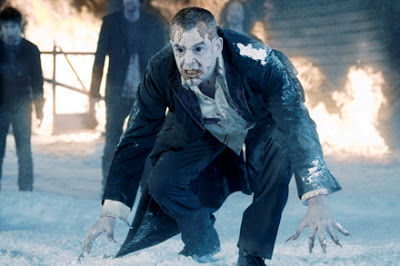 I also enjoy films like Interview with a Vampire and From Dusk Till Dawn because I love the ideas of immortality and the superhuman, especially with the added spice of those concerned being somewhat amoral, or immoral. Until now, my favourite vampire has always been Mr Barlow from the film of Salem’s Lot – the scene locked in my mind being the one where we first see him in a prison cell – but now he’s been knocked into second place. 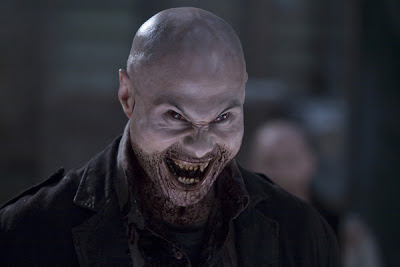 Last night I watched Thirty Days of Night which in atmosphere was a bit like John Carpenter’s The Thing, what with the dogs, the cold and the desperation. It’s set in a small Alaskan town in the dead of winter, when they lose the sun for a month. It’s a town that gets cut off from the rest of the world. It becomes a feeding ground, and there you’ll find the best vampires ever, but not in a good way. If you want an antidote to the pretty, angst-ridden vampires of recent times, get this film and watch it.