Here we go. Andy Remic contacted me about maybe submitting a story to Vivisepulture. Now, I don’t really have any Polity related short stories that haven’t already been published somewhere, but I do still have a few nasties in my files, so I sent him one called Plastipak. You’ll find the kindle version here. I’m told:

The official release date is 20th December, and the antho will be going out for the special Christmas price of £0.99p (to try and get it up those Amazon charts!!). On 26th December it will revert to £1.99. 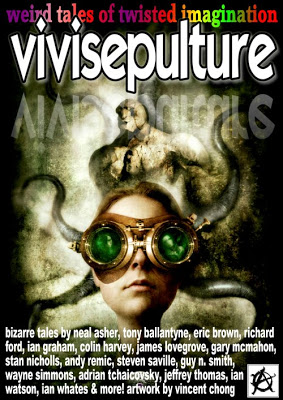