So the guys at CERN did another test with their superluminal neutrinos:

By tweaking the experiment in an attempt to address a potential flaw in their original experiment, they again showed that the neutrons arrived at the Italian site some 60 billionths of a second faster than if they had been travelling at the speed of light.

I do have to wonder with measurements like this if they’re getting into some error bar, some tolerance limit on actually measuring the speed of light. It’s the kind of thing that rears its head quite often in science and is quite often ignored by the mainstream media. Anyone who has worked in engineering knows about tolerances and the impossibility of exact measurement.

Nevertheless it is all exciting stuff (for a nerd like me). The MINOS team at Fermilab are going to try and replicate the results, but it’s interesting that they had similar results before but which lay within a margin for error. So, what does this all mean? Some people are already speculating: 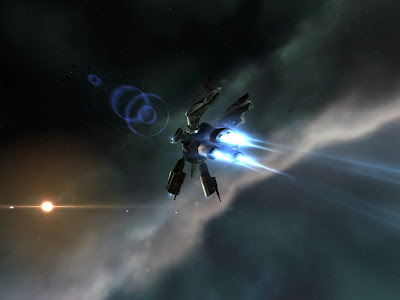 The new findings, available here, also further strengthen a particular scenario: The neutrinos do not travel with superluminal velocity all the way. They only ‘jump’ a small initial distance shorter than 20 meters, after which they settle back and travel as usual with speeds below that of the speed of light. This initial jump would occur at speeds that are more than ten times the speed of light, perhaps even millions of times the speed of light.

I don’t really have to elaborate on why I particularly like this speculation, do I?