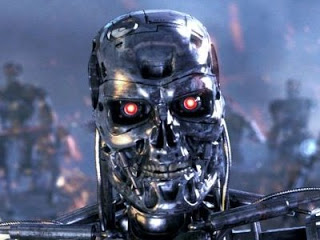 Since Barry hasn’t been able to supply a picture of himself, I’ve found one for him.

My name is Barry Arrowsmith and I’m a Science Fiction addict.
How did I sink to this degraded state?
It all started so innocently….

Imagine…. it’s the late 1940s and a small boy has his ear glued to to a hissing, crackly radio. For what? For Dan Dare on Radio Luxembourg of course.

That was me, and it was the start of a life-long love, bordering on obsession, with SF. The obsession got fed too, what with beeb radio pulling in massive audiences with ‘Day of the Triffids’ and ‘Journey into Space’, and when TV started becoming the broadcast medium of choice, with ‘Quatermass’. All quality stuff, but then there was a bit of a gap until 1963 and ‘Dr Who’. How to satisfy the cravings?

Well, there were the Saturday morning matinees at the local flea-pit, the ‘tanner rush’ as it was known, for the weekly dose of Buster Crabbe as Flash Gordon. You could see the wires holding the model space-ships up, and the smoke from the rocket-ship engines always rose vertically, even in the depths of space, but who the hell cared?
Next Monday in the playground you too could be a Clayman.

Next step, comics. The Eagle (more Dan Dare) and then there were those oh so rare and coveted imports from the US. Then books. Those started with a Christmas present – ‘Death of Metal’ by Donald Suddaby (wish I still had it, but it fell apart decades ago). With strictly limited pocket-money real hardbacked books were beyond my means, but at the local market there was a stall that sold the trashiest second- hand SF paperbacks you ever did see. I loved it. Covers plastered with panicking girls in brass brassieres and everybody wearing goldfish bowls. The local library also helped fill the gaps with (among others) those wonderful old Bleiler & Dickty short story collections. Grabbed every one I could as soon as it appeared on the shelves, ‘cos with a bit of luck there might be an Eric Frank Russell story in there.

Of course as you age and cash isn’t so tight, discrimination kicks in. (It’s either that or the fact that brass brassieres on covers went out of fashion, though the reaction to Carrie Fisher as a chained Princess Leia showed that there’s an eager market for this stuff out there. Yummy!) So, it was time to switch to Penguin SF, the Gollancz SF yellow-jackets and the more sophisticated stuff.

Then in 1981 I inadvertently went sort-of cold turkey on SF. Working out in Saudi for 9 years, and back then there was no SF available out there. That’s not why I went of course, but it was one of the consequences. Worse, I’d cleared my bookcases of all fiction prior to storage for the rest before I went. Wish I hadn’t. Impossible to replace some of those books, at least for a price I can afford.

Back home in 1990, the cravings still persist, and 20 minutes away is a place of pilgrimage – Rog Peyton’s Andromeda bookshop. Oh, bliss. All those lovely imports – Vernor Vinge, David Weber, Greg Bear, Gibson, plus the new generation of UK authors when they came along – Reynolds, Stross, Morgan, Stephenson and that Asher feller. Shelves looking healthy again now, about 1500 SF titles, half of them hardback. So I’m main-lining again.

One thing, when you accumulate a lot of books you need to add them onto your contents insurance. Replacement would be bloody expensive, just work it out. But – and this is the good bit – you’ll probably be asked to value them (they like titles worth over about £50 to be listed) and that’s when you find that a volume you bought for the cover price 20 years ago is now worth a bomb. How nice. Gives you a really fine glow. Signed, dated 1st/1st ‘Revelation Space’? signed 1st/1st ‘Altered Carbon’? 1st/1st Touchstone ed. of ‘The Prestige’? Add a few more and your bookshelves are more valuable than your furnishings. Not just the new books you bought, either. Try pricing a VG+/VG+ Compton Russell hardback of Niven’s ‘Protector’, it’s slightly more than the 69p I paid in Oxfam. Rarer than hen’s teeth; rarer even than ‘Mason’s Rats’. Do I have a copy of ‘Rats’? Erm… yes, got one from an Amazon re-seller last month. Cost me a tenner – but what the hell, it’s only money.

No photos, I’m afraid. As a tech fan I’m a disgrace. No camera, no mobile phone, not even a TV. I spend so much time lost in books, you see.