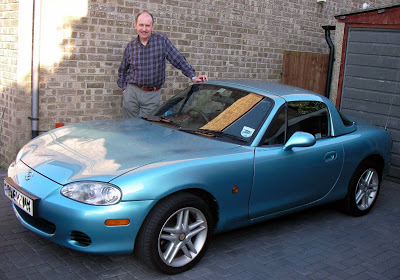 Hi, my name’s Bob Lock and I’m an alcoholic… oh wait, wrong forum!
Umm… hi, my name’s Bob Lock and I’m an Asherholic…
I first stumbled onto SF in the mid 60s when I was fifteen and left school to work as an office boy in Wm.Hancock & Sons in Swansea, a brewery. One of the guys in the office was an avid fan and he loaned me a copy of Alfred Bester’s ‘The Stars My Destination’ I read it in one go, and so, a new SF fan was born.
I worked for the brewery until meeting my wife Anna, who is Italian, and once married we decided to go over to Italy and try and make a life for ourselves there. I taught English as a second language in two private schools and then was offered a job by a large foundry as an assistant to the director, translator and general dog’s body. About four years later, with all our savings spent, we decided to return to the UK (holidaying in Italy is vastly different from trying to make a living out there with a wife and two kids!) Back in the UK I managed to return to the brewery (which was now Bass) and worked my way up to technician in both the beer and soft drinks side.
I retired early some years ago and started writing in earnest (in English would have been better, but whatcha gonna do?) Some of my short stories were taken up by a few online e-zines. A couple of text adventure games I wrote were fairly successful and finally I had a short of mine published in a horror anthology called Cold Cuts which was edited and put together by Steve Lockley and Paul Lewis, two Welsh writers who’ve had numerous works published including some Dr Who stuff.
In 2007 my debut dark SF/F/Horror novel ‘Flames of Herakleitos’ was published by Screamingdreams Publishing and I was fortunate enough to have Neal read a copy and he allowed me to use some of his comments on the back cover (I only used the ones where he praised the story and left out the rest…)
2008 saw a short of mine in Nemonymous 8 – Cone Zero, called The Cone Zero Ultimatum, receive a lot of praise and I have to admit it’s one of my favourite stories.
2009 I was also published in Nemomymous 9 – Cern Zoo (I can’t say which story is mine yet as all Nemomymous authors remain anonymous until the next edition is released.) This is a ground-breaking idea put into practise by the publisher D.F.Lewis (who is also well known for his own novels and stories)
2009 also saw a SF novella of mine called A Cloud Of Madness published and this is available through Amazon.Com only, at the moment.
2009 I surprised myself by writing a zombie novella called ‘They Feed On Flesh’ for the NaNoWriMo competition to write 50,000 + words in a month. I’m a very slow writer so 50,893 words in 30 days is a big deal for me!
2010 will see the publication of an Urban Fantasy novella of mine by Screamingdreams and that will be called ‘The Empathy Effect’
2010 I hope to finish the sequel to ‘Flames of Herakleitos’ (working on it now) and that will be called ‘They Made Monsters.’
Neal’s writing ticks all the boxes for me, even his blog is a delight to read and I don’t think any fan could find a more helpful and accessible writer than him.
And , that’s all folks!
http://bob-lock.blogspot.com/
http://www.myspace.com/bob_lock
www.celt.org.uk
www.flamesofherakleitos.com 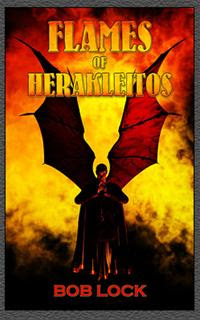