Skip to content
My Name is Dave Coster, I grew up near Cambridge, (UK) and People call me Bear, seems to be based on physical resemblance rather than sexual proclivity, and, I am a Gearhead, this being the generic descriptor for those seemingly unable to stop fiddling with all things mechanical (cars, motorcycles, airplanes, that sort of thing, Turbo charged preferably but not fussy) I started with radio controlled cars and boats, Helicopters, then I discovered motorbikes when I was about 13, Dad had them, so I had them. I still have them. 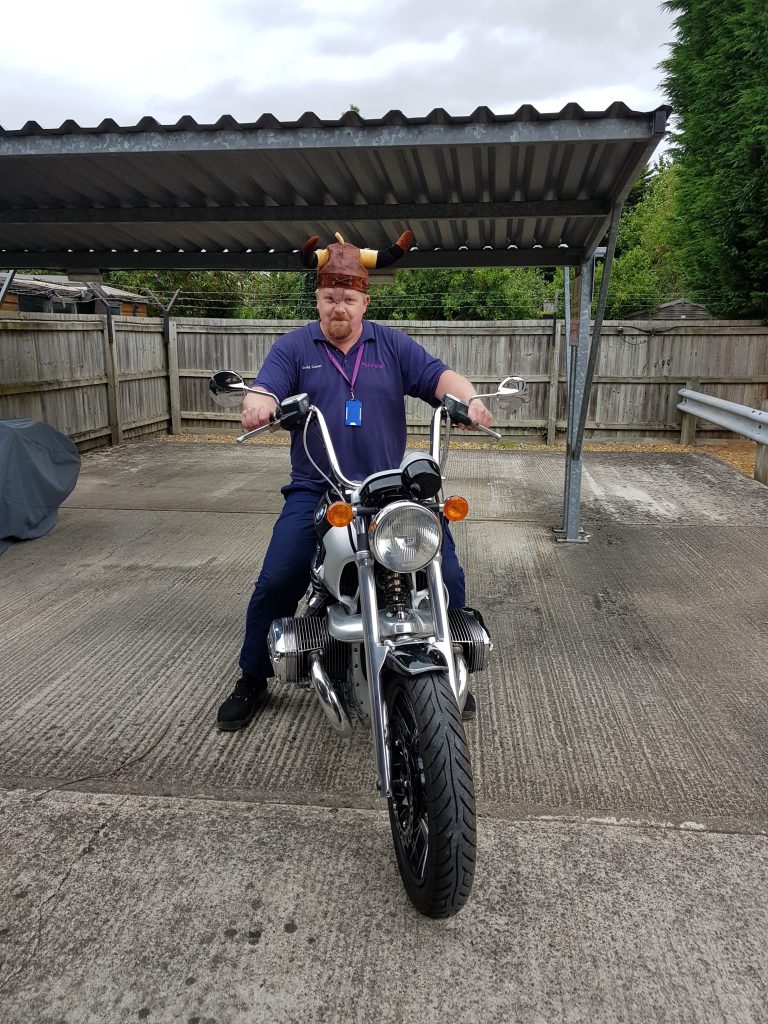 This mechanical predisposition is apparently genetic, my Great grandfather, Carl Skinner (mothers side), was also known to dabble. He and his brother examined the flow of fuel flowing through a glass sided carburettor and dissatisfied with the atomisation of the fuel at low engine speed, came up with a variable venturi carburettor, this became the S.U Carb (skinner union) fitted to all kinds of things, from Morris minors to the Hurricane and Spitfire. My Grandfather, Peter Skinner and his sister Barbara, were very well known car racers, hill climbers in the 1930’s. I can definitely feel it in the blood…..
I started an apprenticeship at 16 in 1989 at a Cambridge aerospace company, and have been there ever since, (am I lacking imagination? Quite possibly!) starting as an airframe fitter on L1011 and MD11’s, then moving to Hercules C130 (RAF), now working as a Airframe and Engine Technician on C130J superhercules, which I really enjoy. (28 years this year) I did have a brief spell on the Pegasus Satellite launch vehicle in 1993, so that is my one claim to space fame!
I started a family in 1999, two boys now 17 and 13, sadly divorced in 2010, but then happily remarried (nice lady, madder about Mbikes than I am!)In 2004 I had a brush with the big C. This was a scary time as any who have been through it or had a loved one go through it can attest to. I had probably the best one you can have (ie most treatable, Testicular) but still had a time of it, orchidectomy, chemo, followed by a large operation, followed by MRSA, which was worse than the cancer, and lead to the surgical incision (24 inches) splitting open again, 67 metal staples to be removed, 8 months to recover, such fun, but, a positive result, and I am still here. This is down to the NHS, much berated, but ultimately they saved my life, the team that dealt with me were all without exception above average human beings in every sense of those words. We cried a lot as a family, but we also laughed a lot, we found something good in every day, we got through it. I am always happy to talk about the experience, there is a stigma that need to be broken here I think.
My science fiction addiction took an early hold with Star trek (TOS) and Tom Baker as the doctor, terrified behind the sofa, followed by Blake’s seven (running around the woods arguing over who is going to be Avon…..), Starwars, Blade runner, Alien etc etc etc, This was followed (begrudgingly at first, I had not been struck by the reading bug) by some Arthur C Clarke and then with enthusiasm, C S Lewis, Fred Hoyle, H.G Wells, Asimov, Wyndham and others of the time and before,  and later, much later, discovering Alastair Reynolds, Stephen Donaldson (Gap series!) Patrick Ness and of course our Beloved Neal Asher, who has consumed the entire top shelf of my bookcase, and is now starting on the second shelf, poor old Asimov has had to shuffle along……
So Neal Asher.
I will try not be embarrassing but Neal can always edit it,  what is it that draws Me in? Basically it boils down to Physics, the man writes beautiful Physics! models that are sufficiently robust in the face of all he is trying to achieve in the story. Many have tried and failed before him, but inevitably if you find a hole, disbelief creeps in, suspended no longer, you find yourself making allowances for your writer, skipping over these inadequacies to continue the story line……not so with Neal, lots of research and intelligent extrapolation are evident AND he can tell a story in a modern but unique and thoroughly refreshing manor.
Thank you Mr Asher Sir, for all till now and for the future
PS , is it Me, or are a lot of Asher fans seeming involved (past or present) in aircraft engineering ??
Dave Coster
Aeronautical Engineer
Marshall Aerospace