I’m 51, from Australia, currently doing all things you need to with a newly built house; driveways, erecting sheds, landscaping etc. I have been an avid reader of all things weird and wonderful from an early age. Starting with the classic Golden Age era of Heinlein, Asimov, Silverberg, Clarke, etc, etc, and then onto the next generations. 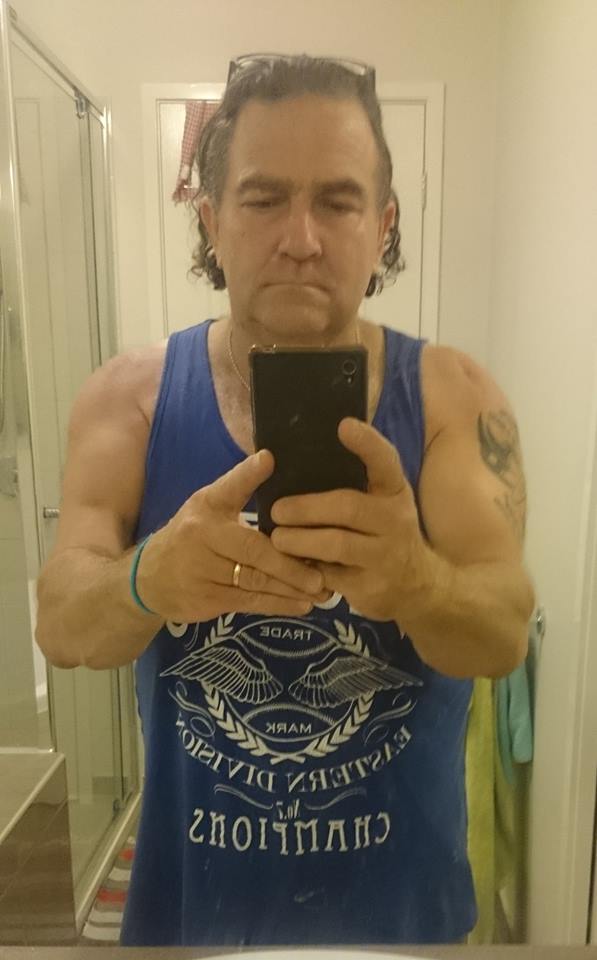 That lasted until I turned 18 and I ventured into the world of cars, girls and all night partying…oh, and work, mainly construction and sheet metal work. Once that particular novelty wore off…around 25, I dived back into the worlds of the fantastic with such a voracious appetite I even conceived of the idea that I had something to offer the genre itself. All I can say about that effort, in typical social media vernacular is…lol. 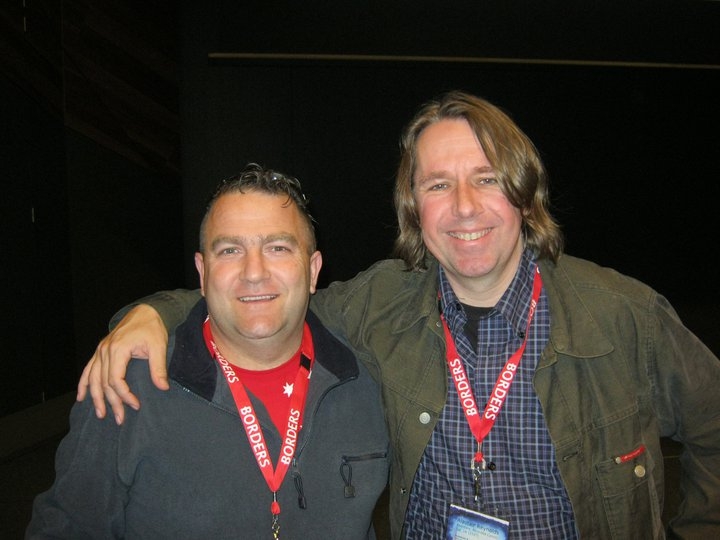 Me on the left, Alastair Reynolds on the right.

I do write stories, and have written a few books, but they’re more within my, shall I say, abilities? Though, as I write this, you won’t find any of my work published. Writing is a harsh mistress.
I discovered Mr. Asher around the time Britain was exploding again with talent. With such works by Alastair Reynolds, Peter F. Hamilton, Baxter, China Mieville, Iain Banks, Justina Robson, Ken McKleod, Richard Morgan…the list seems endless, and to my delight, going back and finding the previous greats like Ian McDonald, M. John Harrison, John Brunner, and that list seems endless too.
Anyway, I decided to give Neal’s Gridlinked a go, and found it quite palatable, but not quite mind blowing compared to the works that would come later from him. And yet, he has pretty much leap-frogged over most to become one of my all time favorite authors, period!!