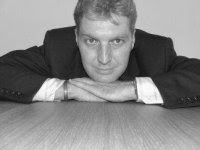 IT server hardware engineer on site, RFS Qualified but no longer practising Arborist (Tree Surgeon), one time lifegaurd (swimming pool variety). Grounds and terminal maintenance person at London City Airport when it first opened, cutting grass on the runway, painting terminal lounges and the like so dignitaries could get their fix of emulsion smell. One time mechanical and electrical maintenance estimator for the UK’s (then) largest facilities maintenance company, all these fields look random but are each connected by that six degrees of separation rule, what employment agencies call transferable skills.

I scuba dived extensively in my early twenties, and read the Godwhale and Cachalot for the first time during this period. I do a fair bit of walking, swimming and cycling, I read as much historical fiction as I do science fiction and have trawled through some Dickins. I will read Moby Dick this year and have tackled both the Illiad and Odessy both original translations and novelised versions and Dan Simmons Illium series that takes the themes of the Illiad and incorporates them into a far flung future and our very own past as well as a parallel universe (or two). The classics offer us a window on the past, attitudes to life and death, towards each other and reflect in some ways what was socially cohesive or topical at the time (a bit like climate change, and over population today). Neal’s own references to strong diseases and weak humans in Cowl will if we are unlucky prove to be one of those Scfi “cos that’s wot’l appen” moments some time down the line.

The first series of books I read were the Amtrak Wars by Patrick Tilley, before that I’d been a reluctant reader, after that I couldn’t get enough. My favourite book of all time is The Silmarillion by Tolkien, closely followed by The Lord of the Rings. I’m currently reading the Seven Suns Saga by some bloke called Kevin J Anderson, who I’d not heard of but is apparently a notable in StarWars circles and Co wrote some Dune books (I’ve only read Dune, it was brilliant), I’m struggling with the first book of the series because I feel a bit patronised by it, though it has some good stuff in it. I’ve read a good few Stephen Kings, Dean Koontz and Brian Lumley books. And down the years I’ve read countless odds and sods, from detective novels that were the only thing avaiable when I had a long stay in hospital when I was eighteen, to erotic fiction with some rampant bird I met during my divorce (I needed help maintaining my hormone levels at overdrive, though to be fair she wore me out and then gave me the Spanish archer treatment “El Bow”).
I have a hard back copy of Orbus which I’ll be reading next (though to be fair I can’t abide hardbacks), they don’t fit in my backpack pockets and take up too much room, and if they do go in the pack they invariably get damp damage because they share space with my swimming gear.

I Have a broad understanding of Particle physics, Cosmology, Theory of relativity and many other subjects science related. In part through science fiction and that nagging bit of the brain that says “is that actually plausible”? I’m curious, about the very massive and the very small and how if you could stand on an atom and look out through the rest of a cell at all the other atoms in the human body (for instance). Would the specs of light look like the stars in our galaxy and would the distances be relative. Then you take that idea out to the size of a planet and get your head around how far our nearest neighbour planet is, then our largest planet neighbour, then the next nearest galaxy and so forth.

Science fiction, generally makes you optimistic (I think) (someone I know of disagrees), though sometimes it makes you wish you were born in a couple of hundred years time. I also think older science fiction is a great gauge of what we imagined and what has now been realised (see line above).